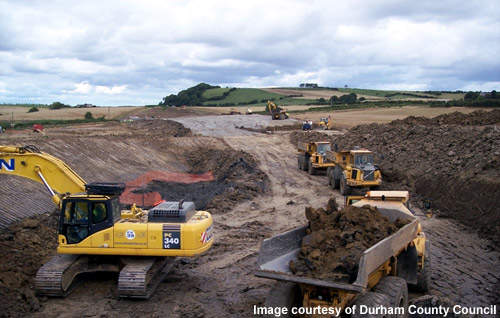 Construction got underway in July 2007 following many years of delays. 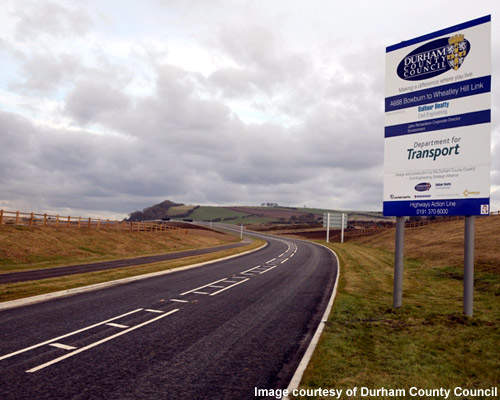 The upgraded and reconstructed road was opened in October 2008. 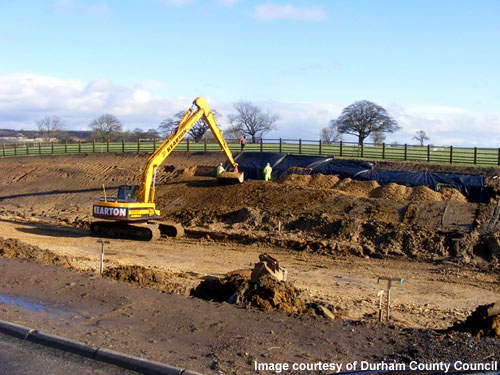 The DOT provided &pound;10.5 million of the finance for the project. 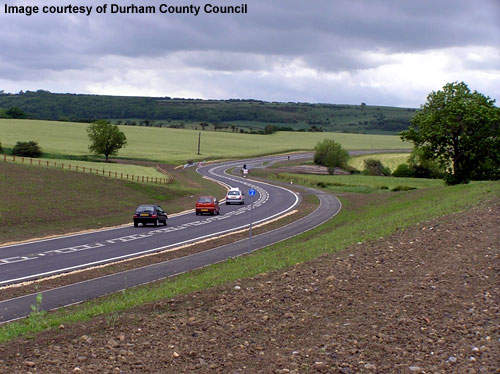 There were some legal wrangling over the road with a nearby open cast mine site. 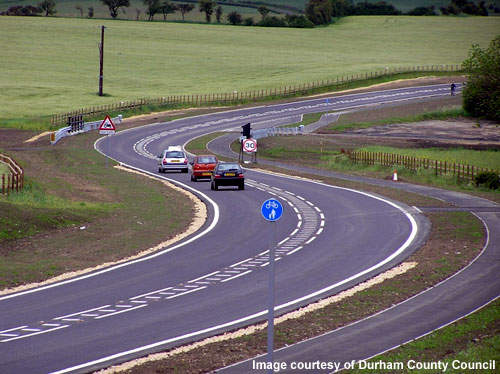 The road was completed in two phases over a period of 15 months.

The new A688 Wheatley Hill to Bowburn link road is a project that was opened on 30 October 2008 in County Durham by Transport Minister Paul Clark. The construction began in July 2007 after final approval was granted by the Department of Transport (DOT) in May 2007 who also provided £10.5m in funding (the Council provided £0.93m).

The road was first planned in 2002 by Durham County Council but a series of legal challenges and a public inquiry delayed the construction. The scheme was identified as second priority major transport proposal in the final version of the County Council’s Local Transport Plan 2, covering the authority’s transport proposals for the period 2006-2011. The £11.43m road will now help to link the east and west of the county by providing a new route between the A1(M) and the A19. The road will have several effects by removing heavy traffic from the narrower local roads to improve safety and improving access to the Tursdale rail freight depot.

The 4 km single carriageway road was completed in two phases over a 15 month period by Coupe Construction Ltd in conjunction with Balfour Beatty Civil Engineering Ltd (special plastic grids were used to reinforce soft ground and reduce the amount of stone required). The first phase involved the improvement of an existing 1.7km stretch of road and the second phase was a new 2.3km section of single carriageway to complete the new link. The scheme included new roundabouts at several T junctions to improve safety such as Coxhoe, Cassop Moor and Byers Garth. In addition the project involved the construction of two new bridges, one crossing the existing road to the village of Old Quarrington and a second providing a farm and bridleway crossing.

Some other improvement schemes were included such as traffic signals at Shincliffe and traffic calming at Coxhoe. According to Durham County Council the road was carefully designed to level out dips and crests and straighten tight bends, improving visibility and increasing safety. Simon Henig, the Leader of the County Council, commented at the official opening: "The benefits of this new road are significant and wide ranging. It improves the link between the motorway and the A19 which, in turn, will help to regenerate and revitalise the East Durham economy and make commercial and industrial development easier and more attractive."

The Council has also included a number of environmental mitigation schemes to offset the effect of the road such as underpasses for badgers and other small mammals, three storm overflow ponds to provide habitats for amphibians and wild flowers growing in conjunction with meadow planting on the grass verges of the road. The scheme also allowed for archaeological investigations of an Iron Age settlement before the project started.

The project in detail

The scheme involved the construction of 2.3km of single carriageway road (7.3 metres wide) connecting a new roundabout on the B6291 (previously the A177) just south of the A1(M) Bowburn Motorway Interchange, with a further roundabout under constructed at Cassop Moor to link with the C12a and the Unclassified 27.10. From the B6291, the road runs north-eastwards and passes to the south of the cemetery grounds before heading in a northerly direction, crossing over the unclassified road to the village of Old Quarrington making use of a new bridge.

“The road was carefully designed to level out dips and crests and straighten tight bends.”

A section of existing dual carriageway on the B6291 south of the proposed roundabout was converted back to single carriageway to reduce the speed of vehicles entering Coxhoe from the north. To the north of the Old Quarrington bridge a new junction has been provided on the east side where the route crosses the access road serving the established Old Quarrington Quarry. An accommodation overbridge to serve Heugh Hall Farm and to carry the diverted Bridleway No 38 over the proposed carriageway has also been provided.

In phase two the road from Cassop Moor to its junction with the A181, the C12a, was improved to provide a 7.3 m wide carriageway and to eliminate certain sections of sub-standard horizontal and vertical alignment (bumps and bends ironed out). The staggered T-junction at Byers Garth was replaced with a roundabout, to reduce delays and improve road safety. In addition the new and upgrade sections were landscaped along the entire length and a footway installed. New street-lighting was provided on the roundabouts at the A181 and the B6291.