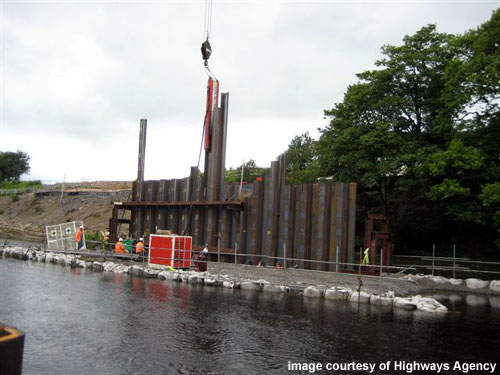 The Haydon Bridge Bypass will be 2.9km long and have a four-span viaduct. 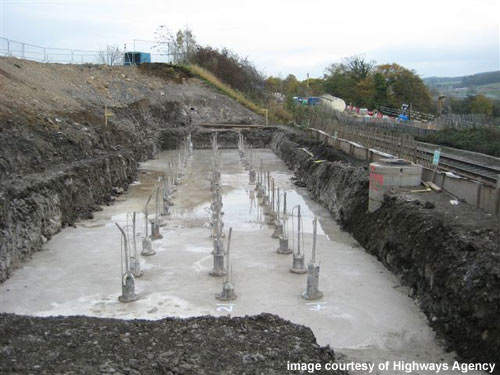 As well as the viaduct, the Haydon Bridge Bypass will also have two underpasses and a bridge. 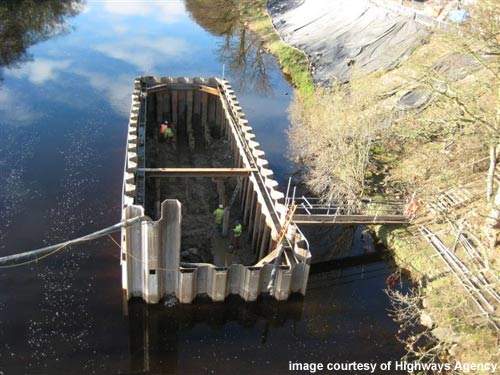 The viaduct will span the south River Tyne and the railway.

The traffic flow at Haydon Bridge has been causing issues of noise, poor air quality and accidents, but the new bypass will help reduce these.

Haydon Bridge is a village in Northumberland, UK, which has a population of around 2,000. The village is the last community on the A69 trunk road to be bypassed by this very busy road. The village has two bridges crossing the River Tyne, one of which carries a single carriageway section of the A69 (a bottleneck).

Haydon Bridge is situated around 8km west of Hexham and is midway between Newcastle-upon-Tyne and Carlisle. The daily traffic flow at Haydon Bridge is about 12,000 vehicles (15% heavy goods vehicles) and the number has been increasing in line with national trends, bringing increased noise, accidents and poor air quality.

A public inquiry about the bypass was held in Haydon Bridge on the 25th and 26 April 2006. The village had been campaigning for a bypass for the past 15 years and in 2007 work finally began. After the completion of the bypass in March 2009, the village is now free from noise, congestion and pollution.

Construction work on the £33m project began in January 2007. The Haydon Bridge Bypass is a 2.9km (1.8 mile) long single carriageway and includes a four-span viaduct over the railway line and the south River Tyne. It also has three other minor structures in the form of two underpasses and a bridge.

"The preferred route was one south of Haydon Bridge which was chosen in December 2003 as the one with the least environmental impact."

Capita Symonds was awarded a contract as a design partner (preliminary and detailed design) for the bypass project by CVC Highway Solutions.

The project was supervised by the client the Highways Agency on behalf of the Department of Transport.

The preferred route was one south of Haydon Bridge which was chosen in December 2003 as the one with the least environmental impact.

Five different routes were originally considered between 1970 and 1984. The bypass was finally built on A69 Newcastle-Carlisle route.

The route of the bypass starts to the west of the existing A69/U8128 junction to West Rattenraw and head in a south-easterly direction over the Newcastle to Carlisle railway line and the River South Tyne. A key feature of the route is a new viaduct, designed to span across both the railway and the river.

"A key feature of the route is a new viaduct, designed to span across both the railway and the river."

Then in a south-easterly direction from the river, the route crosses existing farmland on an embankment and then pass over the U8049 minor road between East and West Land Ends where a new underpass is constructed to maintain access.

The route continues through farmland, to the south of East Land Ends Farm, and then head to the east heading towards Cemetery Road, where a new underpass takes the bypass over Cemetery Road. The route then heads in a north-easterly direction and pass over Langley Burn in Gee’s Wood on a new bridge.

North east of Gee’s Wood, a new junction was constructed to provide access onto the A686 Alston Road and into Haydon Bridge village from the east end. Finally, the new route rejoins the existing A69 near to Crossley Burn. New junctions have been created at both ends of the scheme to maintain access to Haydon Bridge.