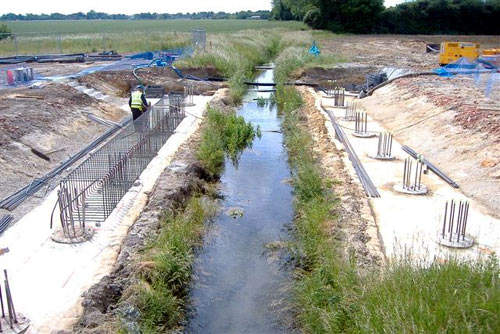 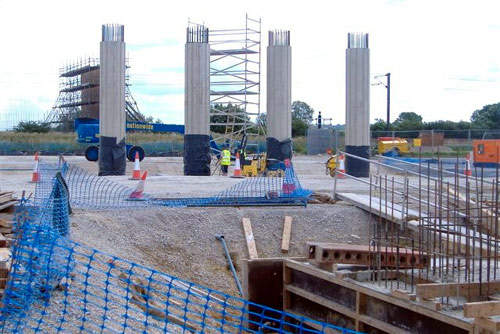 The Addenbrooke's project will include a three-span bridge over the main Cambridge to London railway line. 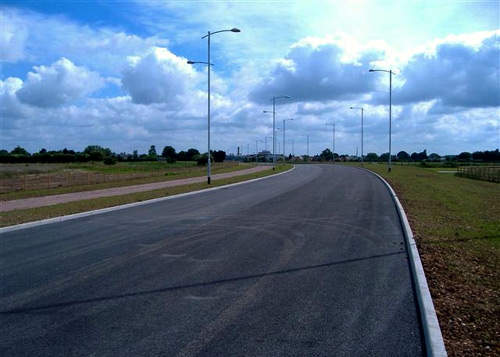 Paving of the access road between Addenbrooke's Hospital and Hauxton Road began in Easter 2008. 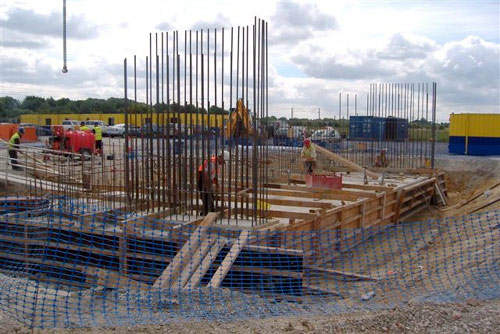 The road has received &pound;6m in funding from the Communities and Local Government Growth Area Fund. 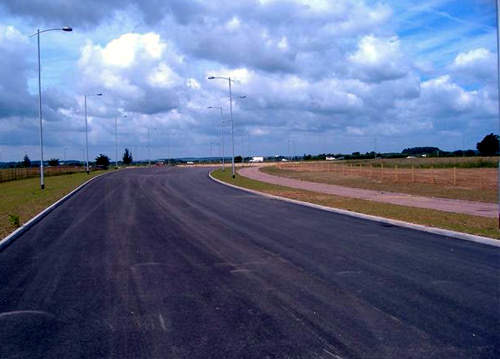 Cambridge and the surrounding area are becoming more and more popular for residential living and work. The increase in population in the area caused strain to both facilities and infrastructure. In particular, Addenbrooke’s Hospital has expanded and is now a true “super hospital”. In order to cater for the road traffic generated, road infrastructure in the area was improved with the Addenbrooke’s Access Road that opened to traffic in October 2010.

The Addenbrooke’s Access Road project is a new access-only road constructed between Hauxton Road in Trumpington and Addenbrooke’s Hospital. The road, completed on 27 October 2010, permits the expansion of the Addenbrooke’s site and gives access to the new Southern Fringe developments.

The new road serves three proposed new developments in the area including an extension to Addenbrooke’s itself, residential developments at Glebe Farm and on the Clay Farm / Showground site. There may be a further development at Trumpington Meadows, which will require the crossroads and new lanes to be integrated into the new road.

The first phase of the construction work from Hauxton Road to Shelford Road started in October 2007 and was completed by April 2008. This was followed by the construction of the main part of the scheme (Phase 2) linking up to Addenbrooke’s Hospital.

The new road is expected to carry around 21,500 vehicles per day when the three new developments are completed in 2023 and will have the effect of relieving traffic in Trumpington village and the Long Road and Hills Road areas of Cambridge. Countryside Properties’ are the developer for the residential developments.

The new access road, which has been built in two phases over a three-year period, is a total of 1.5 miles in length. The paved area is 6.5m in width, with 1.5m wide ‘on-road’ red-surfaced cycle lanes on either side making the total road width 9.5m.

“The new access road, which was built in phases over a two year period, is a total of 1.5 miles in length.”

The new access road, which was built in phases over a two-year period, is 1.5 miles long. The paved area is 6.5m in width, with 1.5m wide ‘on-road’ red-surfaced cycle lanes on either side making the total road width 9.5m. The road has been built as access only and thus through traffic from the Access Road to Long Road and Babraham Road through Addenbrooke’s hospital site is not allowed. Instead a traffic management system was designed . The route is lit along its length but credence was given to problems of light pollution. Therefore, through the Hobson’s Brook to Addenbrooke’s area, a green area, the lighting is of lower intensity and confined only to the footpath.

The consultation process began in autumn 2004 with three routes being considered. The route was chosen in January 2005 and in February 2006 a planning application was submitted to the county planning authority. Final approval following further traffic studies was given in November 2006 and following central government approval, work to divert affected services such as water, gas, telephone and electricity occurred between April and November 2007.

For phase two, from Shelford Road to Addenbrooke’s Hospital, paving work began at Easter 2008. The cost of the road has been estimated at £25m, with £6m being funded through the Communities and Local Government Growth Area Fund and the remainder from the local authority.

The work on the junction at Shelfford Road commenced in January 2009 and was completed by July 2009. The planting of 12,000 new trees has been proposed as part of the five-year landscape and monitoring strategy.

The last stage before the new road opened included improvements to the A10/M11 junction. A scheme was developed in close conjunction with the Highways Agency to increase the capacity within the interchange, which started in May 2009. The access road and works to the junction at Shelford Road and Hauxton Road opened to traffic in Autumn 2009.

“”The access road and works to the junction at Shelford Road and Hauxton Road opened to traffic in Autumn 2009.”

A further signal junction at Shelford Road, two roundabouts at Clay Farm and Addenbrooke’s Hospital and improvements to the junction with the M11 are also included in the project. The road has been carefully landscaped in the style of a boulevard with trees on either side to give a good impression of the City and surroundings. A public art project also exists along the route.

The project also includes a three-span reinforced concrete bridge over Hobson’s Brook and the Cambridge to London mainline railway. Four water balancing ponds and various ecological and biodiversity schemes, as well as a connection to National Cycle Network Route 11 and footpaths are also included in the project.

Additional contractors for the project include Caulfield Drainage Specialists of Braintree in Essex. In addition, archaeologists from the Cambridge University Archaeological Unit had undertaken digs in the area between Shelford Road and Addenbrooke’s Hospital to uncover any possible archaeology which would otherwise be buried under the new road.