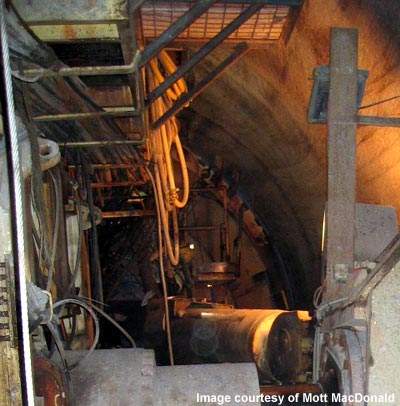 During boring the new tunnel passed within 3m of the operating Heathrow Express rail tunnels. 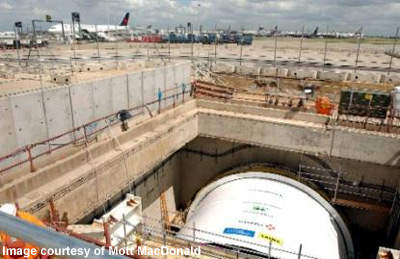 Each end of the tunnel has 500m of ramp leading into the portals. 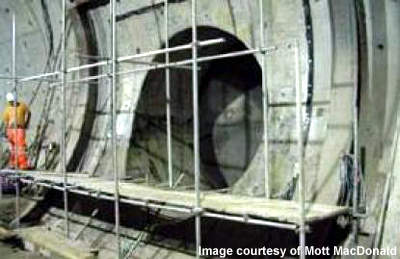 Steelwork was designed to support the new ART during construction. 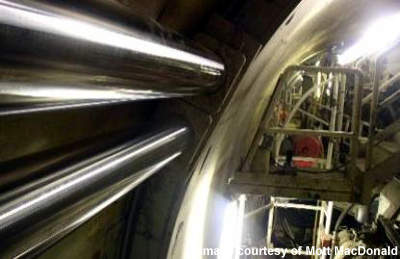 The tunnel boring machine (TBM) was supplied by HerrenKnecht. 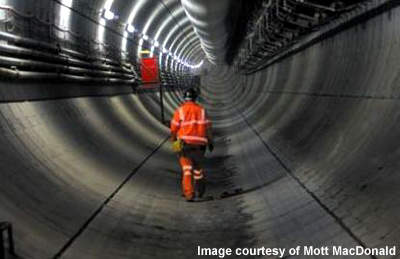 The 1.3km-long tunnel is constructed as twin bore and cost &pound;140m. 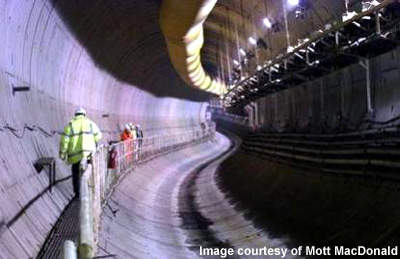 The tunnel took just over a year to construct and opened in March 2007.

With the new Terminal 5 opening at Heathrow Airport in March 2008, it is as well to examine some of the groundbreaking civil engineering projects that have contributed to linking the infrastructure of the old airport with the new terminal. One of these projects is the Airside Road Tunnel (ART) which was constructed to provide road access for passengers and baggage from Terminals 1, 2 and 3 to the new Terminal 5. It will also provide access to the remote aircraft stands on the western edge of the airport from the central terminal area.

The tunnel opened in March 2007, having taken just over one year to construct.

“The ART was constructed to provide road access for passengers and baggage from Terminals 1, 2 and 3 to the new Terminal 5.”

The boring of the new tunnels was not an easy task as the geology showed soft London clay. The tunnels were relatively shallow, going no deeper than 17m, although still passing under existing infrastructure.

In addition, during the boring the new tunnel passed within 3m of the operating Heathrow Express rail tunnels and also close to the Piccadilly tube line tunnel. Both of the existing tunnels and their tracks were monitored during the period of construction of the new ART.

The 1.3km twin tunnel was constructed with nine emergency escape cross tunnels between the two. There are also two 20m tunnels for electrical equipment and plant and two sump facilities in the twin bores. These ancillary tunnels were lined using a new one pass shotcrete method.

Because of the London clay, boring at a shallow depth presented a danger of major ground settlement. The tunnel was passing beneath a number of live taxiways and also under aircraft stands and fuel lines.

“Because of the London clay, boring at a shallow depth presented a danger of major ground settlement.”

Because of the danger of surface resettlement, the project used an earth-pressure balance tunnelling boring machine (TBM) of 9.11m-diameter, with the additional support of a compressed air system to support the tunnel face during work.

The TBM used an extendable cutter head with a copy cutter for going around curves. The machine also carried out tailskin grouting to help support the segmented precast concrete tunnel lining. Grouting had to be controlled to make sure the segments did not move because of the TBM operation.

The tunnel segments were custom cast at the Morgan Est facility in Ridham, Kent (tapered trapezoidal ring design) and erected in place using spear bolts. Morgan Est designed the steelwork to support the cross tunnels during construction. The roads inside the two tunnels were constructed by the Morgan-Vinci JV.