VI (will be completed in 6 phases) 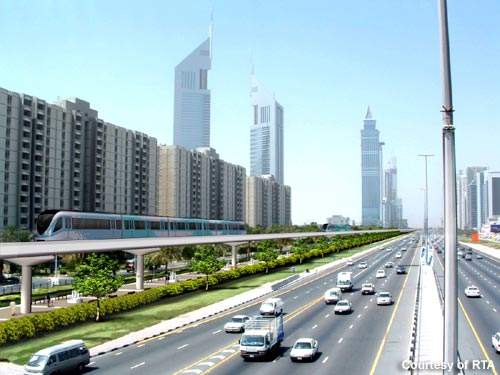 AI Khail Road is one of the most important roads running parallel to Sheikh Zayed Road. 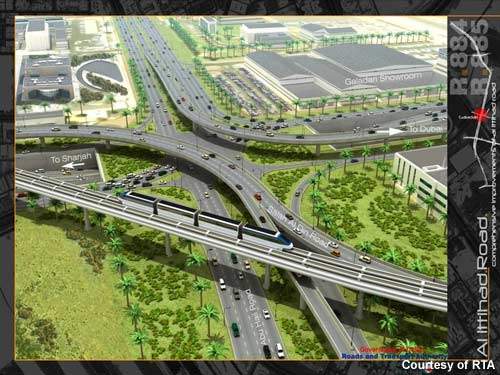 Dubai’s RTA is undertaking a number of major interchange projects. 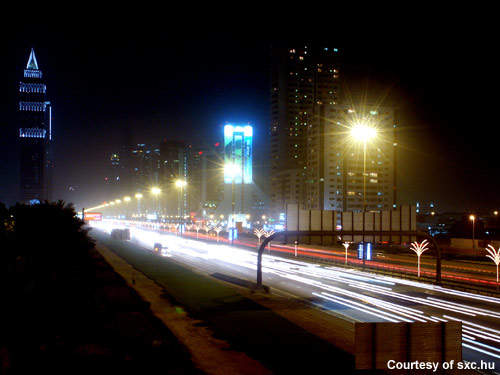 Traffic at Sheikh Zaved Road is a major problem.

The AI Khail Road improvement project is located in Dubai. AI Khail road is one of the most important roads running parallel to Sheikh Zayed Road and Emirates Road. The road development project is expected to reduce traffic jams in the emirate of Dubai.

The project is part of RTA’s (Roads & Transport Authority) Strategic Plan up to 2015 which partially focuses on developing road networks catering to the increase in traffic consequent to the projected 6% increase in the Dubai population. It is expected that vehicle ownership would rise by 17% and the number of trips per day would rise from 350,000 to 1.5 million by 2020.

RTA has adopted integrated solutions to upgrade road networks and creek crossings. RTA has classified the project into six phases. Work on the first three phases is in progress.

During May 2008, the contract was awarded to Emirates Road Contracting Co. for the phase I of the Al Khail road improvement project at cost of AED 575m. The contract is for a period of around 18 months to be completed in November 2009. It consists of development of two direct bridges and roads and services.

Phase 2 of the project was awarded to Gunal Construction Co. at a cost of AED 851.92m. It consisted of two multi-level flyovers in place of the existing two R/As at the intersection of Al Khail Road with Road 319 and Road 323 at AI Qouz. The two multi-level full clover leaf interchanges would enable smooth traffic flow in all directions.

Phase 3 of the project consists of construction of a road extending to the intersection of Umm Suqeim Road with Emirates Rd and also covers the widening of the existing road. The contract for phase 3 was given to Ascon Road Construction at a cost of AED 423.222m.

The phase 4 of the Al Khail Road improvement project consists of replacing the existing R/A at the intersection with Umm Suqeim Road by a free multi-level road to ensure smooth traffic flow at all directions.

This phase also includes widening of AI Khail Road from 4 to 6 lanes. The new intersection will offer easy access and smooth traffic flow in the neighbouring areas such as Barsha South, AI Qouz Industrial Area and others.

The total time span for completing these improvement projects and phase 4 has been reduced to 13 months so that completion of the phase 4 would correspond with the opening of the first three phases.

The is one of the major projects undertaken by RTA and its significance is represented by its status as an extension of the business bay crossing through which RTA is seeking to open up a road corridor supporting Sh Zayed Rd and Emirates Rd, which accommodate a considerable amount of traffic.