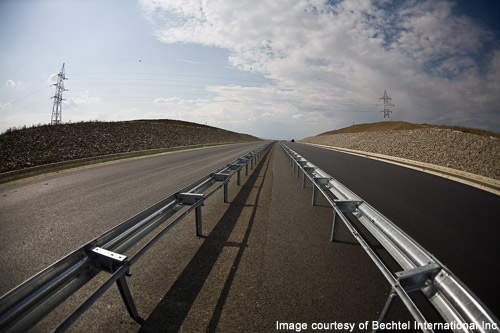 The four-lane Autostrada Transylvania will be the largest motorway in Europe. 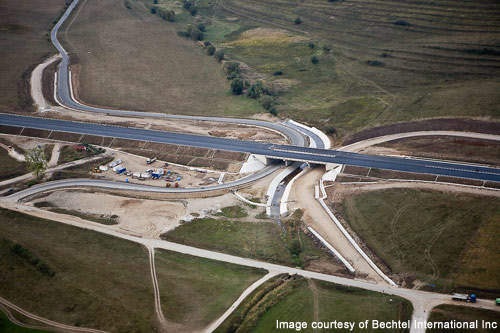 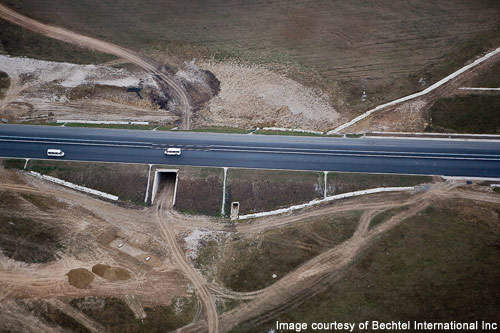 The Autostrada Transylvania is being designed and constructed by prime contractor Betcel International and sub-contractor Enka Insaat ve Sanayi.

The motorway will connect Brasov, Fagaras, Sighisoara, Targu Mures, Cluj-Napoca, Zalau and Oradea. The journey time from Budapest to Brasov will be reduced by six hours and the motorway will boost trade and tourism. It could become the preferred route between the Black Sea and Western Europe. The project will cost about $2.2bn and is expected to be completed by 2013.

The Autostrada Transylvania is being designed and constructed by its prime contractor, US-based Betcel International, and sub-contractor Enka Insaat ve Sanayi of Turkey. The scope of work includes 90 million m3 of excavation, 64 million m3 of backfill, 1.9 million m3 of concrete, 7.3 million m3 of sub-base and 3.8mt of asphalt and more than 32km of bridges and viaducts.

Segments 1A, 1B and 1C are scheduled for completion in December 2013. The second section, which includes 2A and 2B, is expected to be complete by December 2010.

The third section, which encompasses 3A and 3B, is scheduled for completion by December 2010, while 3C is expected to be complete by February 2010.

“The journey time from Budapest to Brasov will be reduced by six hours.”

For segment 1A POYRY is the designer and JV Scetauroute Route Egis / Egis BCEOM (France) is the consultant. The company has provided a 24-month warranty for segment 1A.

Besides constructing a four-lane highway, the work will involve building 300 bridges, 73 overpasses and 19 interchanges.

Construction of a 1km-long, 23m-high viaduct across the Aries River began in June 2007 and was completed in August 2009. It is the largest viaduct in the 2B segment. About 192 U-beams weighing about 176t each were placed during the work.

The 3C segment, which includes 43 structures such as bridges and overpasses, has been restarted in four locations. The project’s largest viaduct will be constructed in segment 3C.

Fourteen of the 30 bridges and viaducts in segment 2B were completed by August 2009. The remaining viaducts are at various stages of construction. About 544 U-beams of 160t each and 240 T-beams of 16t each were placed during the work. A further 45 structures (16 viaducts, 14 bridges, eight overpasses and seven portals) will be included in the segment.