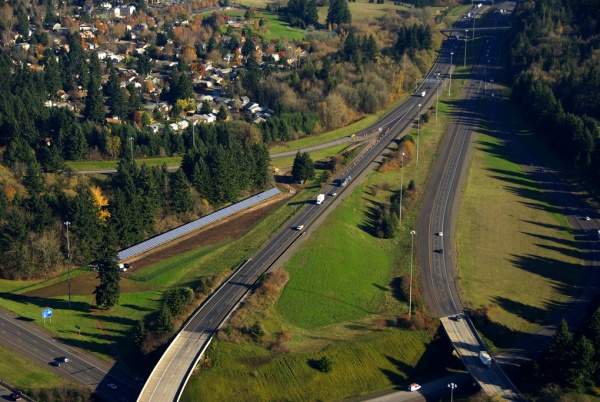 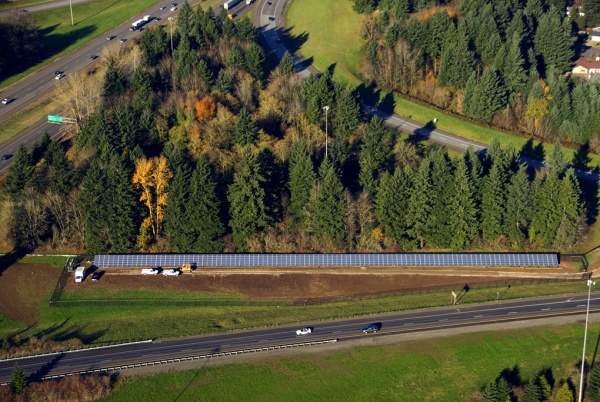 The demo plant generates 112,000kWh per annum. Image courtesy of the Oregon Department of Transportation. 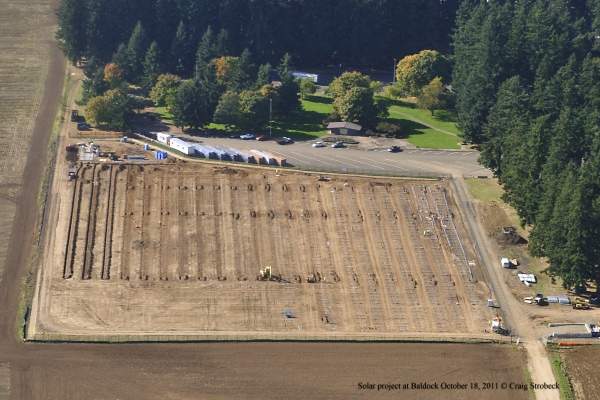 The seven-acre site of the Baldock Solar Highway Project. Image courtesy of the Oregon Department of Transportation. 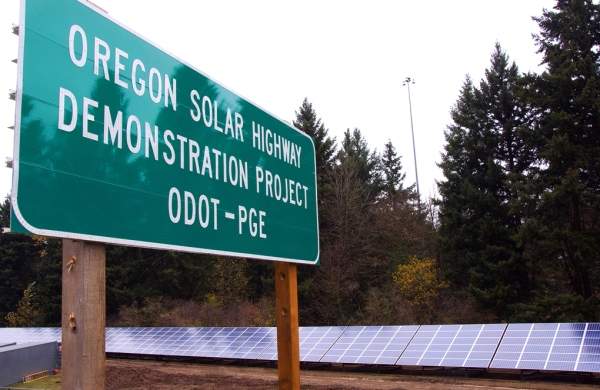 The ODOT built the project on the I-5/I-205 interchange, south of Portland. Image courtesy of the Oregon Department of Transportation. 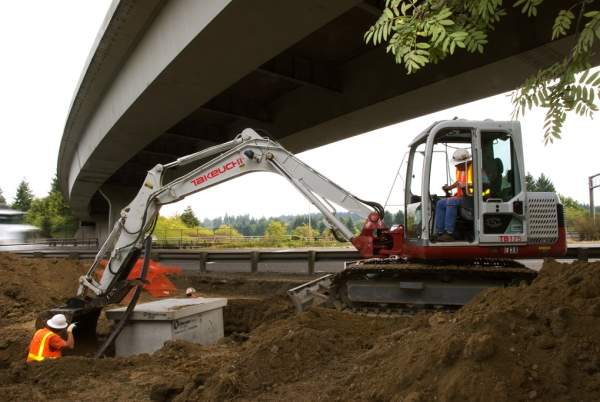 Construction of the prototype solar highway project continues. Image courtesy of the Oregon Department of Transportation. 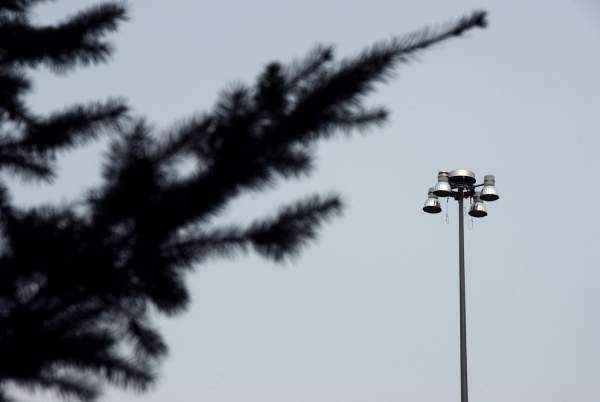 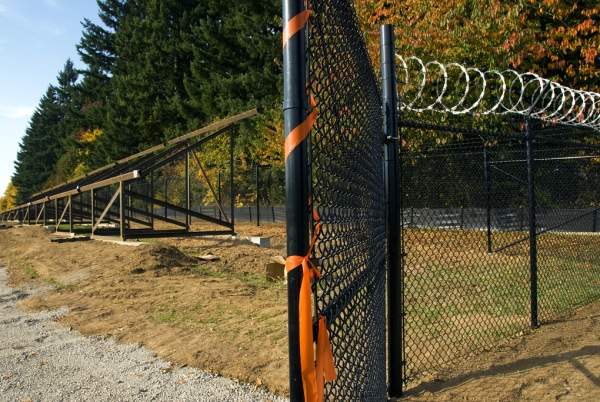 The project is surrounded by security fencing. Image courtesy of the Oregon Department of Transportation.

Baldock Solar Highway, in the state of Oregon, is the first-of-its-kind renewable energy project in the US. The project generates electricity for traffic operations of the State Highway systems through solar photovoltaic panels.

“The Oregon Solar Highway Programme currently aims to add another 658 solar panels at the demo plant.”

It entirely powers the north-bound and south-bound Baldock Safety Rest Areas, owned by the Oregon Department of Transportation (ODOT).

The Baldock Solar Highway Project was constructed on the Baldock Safety Rest Area site, about 14m south of Portland. It is located to the south of Wilsonville on Interstate 5, Clackamas County. The 6,994 solar panel array produces 1.97kWh of green and renewable energy a year.

The transportation system in Oregon requires about 50 million kWh of electricity a year for illumination, ramp metering, signals, buildings and so on. It costs more than $4m. ODOT has about 19,000 lane miles of right-of-way, allowing installation of solar arrays. Installation of the solar photovoltaic system on 120m itself would produce enough electricity to meet annual requirements.

The solar array, which generates clean and renewable energy during the day, is connected to the Portland General Electric (PGE) grid. It is used by the PGE customers along with ODOT and the State of Oregon. At night, the equivalent amount of electricity is metered backwards, to power the highway. ODOT buys the power from PGE under a solar power purchase agreement. The method, thus, does not require batteries to store the power.

Though the Oregon Solar Highway Project is first of its kind in the US, the concept was tested with a demonstration project the I-5/I-205 interchange. The idea is already under implementation across several European highways in the Netherlands, UK, Germany and Switzerland. Germany has been operating the world’s largest solar highway project near Aschaffenburg on the A3 highway since 2009, generating 2.8MW.

ODOT built the Oregon Solar Highway Demonstration Project on the I-5/I-205 interchange, south of Portland. The 8,000ft2 photovoltaic installation started power generation in December 2008. The 594, 104kW (dc) solar panel array is ground mounted in the highway right-of-way. The 112,000kWh per annum prototype project was completed in 135 days at a cost of $1.28m through PPP.

The demo project generates about one-third of the electricity necessary to light the freeway interchange. It partly replaces the non-renewable electricity sources and eliminates about 43mt of carbon dioxide equivalent emissions a year. ODOT purchases the renewable energy at the same costs as that from the grid, from PGE for a 20-year period and has an option for extension. The interchange highway lighting serves about 145,000 vehicles a day.

The Baldock Solar Highway Project installation occupies about seven acres of land and generate about 1.75MW of electricity. It is an all-Oregon project with the design, construction, consultation, equipment supply, operations and maintenance inverters and solar panels manufacture by the state businesses. The project created about 70 direct and indirect jobs during construction.

SunWay 1, a PGE company, funded and built the demonstration project under a turn-key EPC contract. The company established security fencing and electronic monitoring system at the project site and is responsible for its maintenance.

ODOT was responsible for the property outside the security fence. The project was supported by the Governor’s office, other state and federal agencies and the Oregon Solar Energy Industries Association (OSEIA).

“Baldock Solar Highway, in the state of Oregon, is the first-of-its-kind renewable energy project in the US.”

The Baldock Solar Highway Project is an all-Oregon project developed as a public-private-partnership (PPP). Bank of America is the financial partner and owner of the facility. The Baldock project is operated and maintained by PGE under a leased agreement with the American Bank.

The project was supported by the Oregon Business Energy tax credit, federal investment tax credit, the US Department of Energy grant funding, Energy Trust of Oregon utility incentives and private and public investment.

SolarWorld supplied solar panels and Advanced Energy supplies inverters for both the projects. Racking for Baldock project was provided by HatiCon Solar and SAPA. PHC Northwest of Portland was the security lighting supplier.

The Oregon Solar Highway Programme currently aims to add another 658 solar panels at the demo plant to generate about 165kW.
ODOT is considering construction of a 3MW generating solar highway project with an investment of $20m in West Linn. It will have more than 17,000 solar panels and generate 3.2 million kWh per annum.