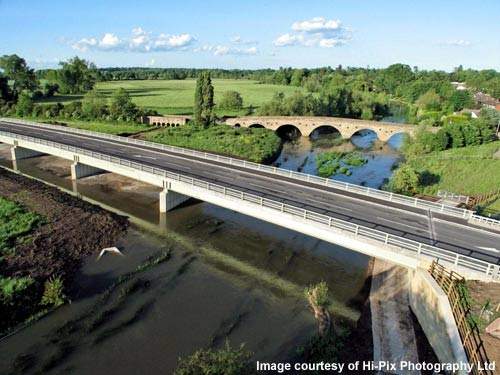 The Grade 11 Barford Bridge was constructed in the 1700s. The new bypass is expected to ease congestion. 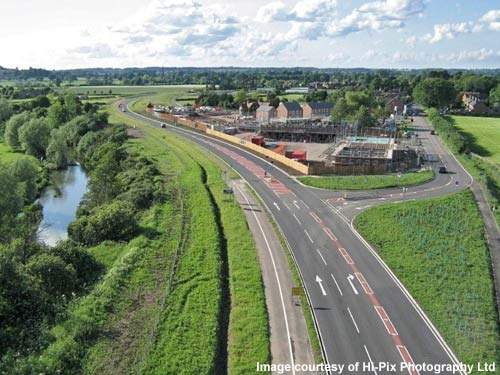 The Barford Bypass project has a tie-in junction to the north of the village to join with the bypass. 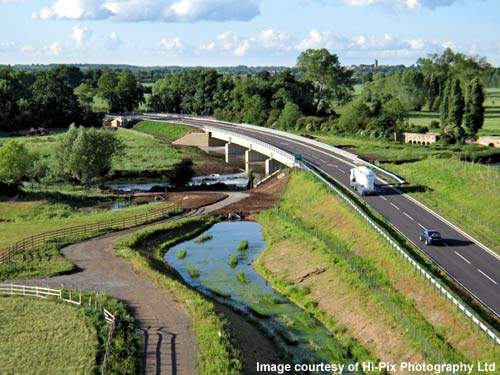 The Barford Bypass was open to traffic three months ahead of schedule. 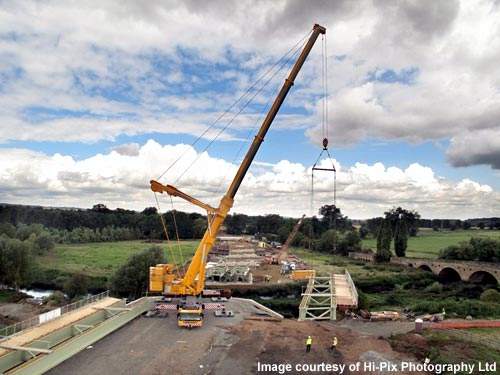 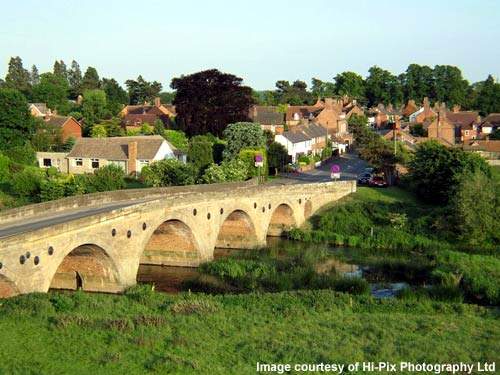 There is now only 12&#37; of the original amount of traffic crossing over the old Barford Bridge. 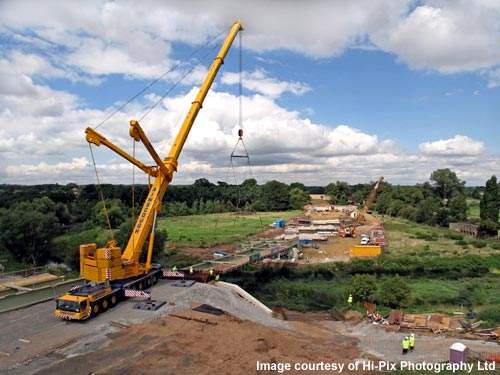 The new bridge is designed to withstand heavy traffic loads and also any flooding from the River Avon.

The A429 Barford bypass is a project which has saved a historic village from the further ravages of traffic. For many years the A429 carried heavy traffic, such as supermarket supply lorries, through the village and over the Grade II listed Barford bridge which was constructed in the 1700s.

The 2.1km single carriageway bypass was a scheme that was welcomed by the villagers who wanted to preserve their peaceful lifestyle and not have to contend with horrendous traffic congestion and lorries. In these days of ever-increasing traffic on the roads, this is probably a similar story among other villages in the UK.

“There is now only 12% of the previous amount of traffic on Bridge Street crossing the old bridge.”

The bypass opened officially on 14 May 2007, although the road had been open to public traffic from February 2007. The road was completed three months ahead of schedule.

Councillor Marion Hayward of the joint parish council and resident of Barford, said: “The new bypass scheme has certainly made a difference to the amount and type of traffic through the village. There is now only 12% of the previous amount of traffic on Bridge Street crossing the old bridge.

Construction of the A429 Barford bypass began properly in February 2006. The £10.38m project consisted of:

Construction work started with the building of an embankment north of the river. This was done early in the project so settlement could occur prior to the final stages. The next stage involved construction of culvert units and the bridge deck beams, and also the foundation work (piling).

Work also included the excavation of a flood compensation scheme because of the embankments in the flood plain and a landscaping scheme.

“The 2.1km single carriageway bypass was welcomed by the villagers who wanted to preserve their peaceful lifestyle.”

The project was instigated by Warwickshire County Council (CC). The piling work for the new bridge was carried out by Bachy Soletanche, with a £210,000 contract completed in July 2006. This work involved the construction of 104 piles that had to support two abutments and three bridge piers.

Piles were all 750mm in diameter and were set to depths of between 11m and 12.7m. The pile ‘cage’ design was provided by Warwickshire CC but due to loading issues on the foundations the design was modified by Bechy Soletanche.