Across the River Brahmaputra in Dibrugarh, Assam, India 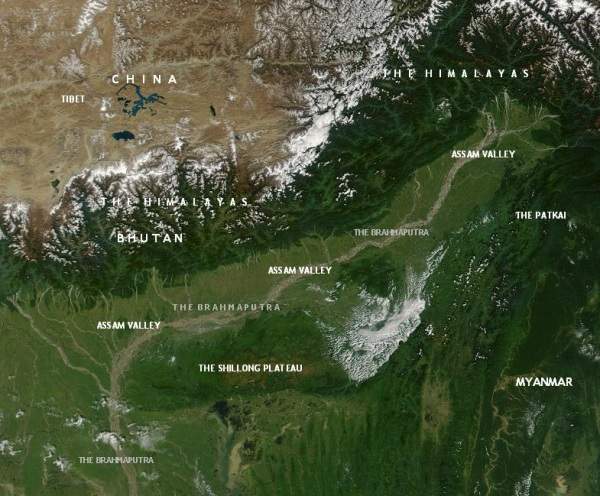 The bridge will be located 17km downstream of the town of Dibrugarh. It will connect Dibrugarh in the south to Lakhimpur in the north. Image courtesy of Nasa. 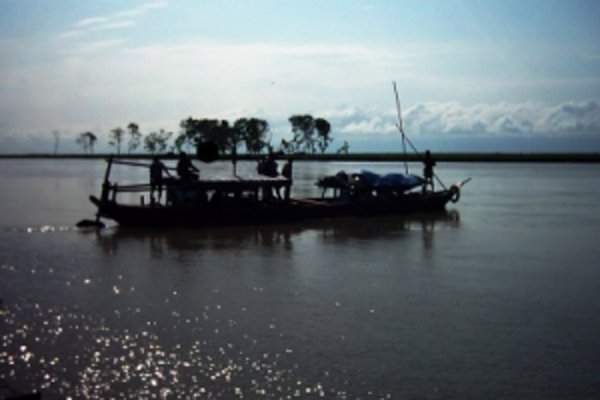 The River Brahmaputra runs to the north of Dibrugarh and spreads 10km wide. The Bogibeel bridge is the longest structure being built on the river. Image courtesy of Kaushik Mitra. 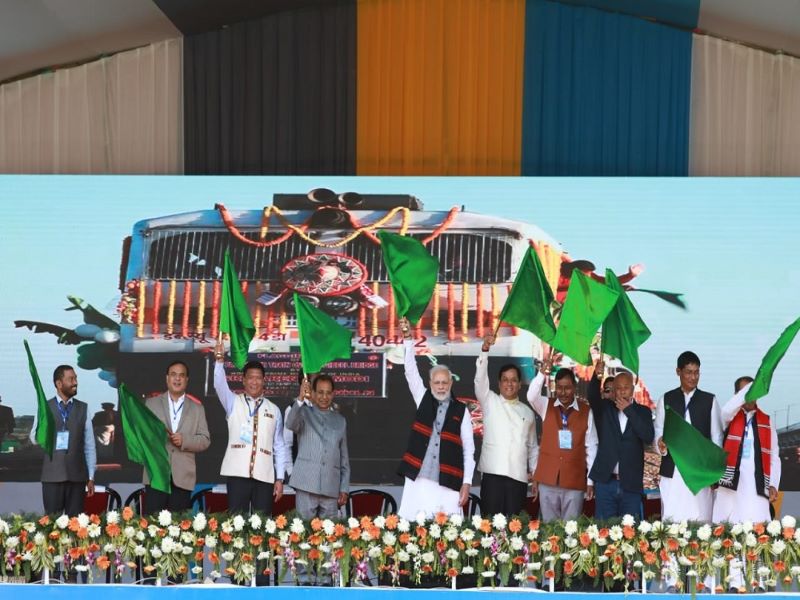 The Bogibeel Rail-Road Bridge was inaugurated on 25 December 2018. Image courtesy of Chief Minister of Assam.

The Bogibeel Bridge is a rail-cum-road bridge built across the River Brahmaputra in the Dibrugarh district, in the state of Assam in north-east India. The 4.94km bridge is one of the longest river bridges in India.

The rail-road bridge was undertaken by the Northeast Frontier Railway, which is a part of the Indian Railways. The work on the project began in 2002 and was expected to be completed in seven years, but it has experienced time and cost overruns.

The bridge is located 17km downstream of the town of Dibrugarh. It connects Dibrugarh in the south to Lakhimpur in the north. The River Brahmaputra runs to the north of Dibrugarh and is very wide, spreading 10km.

The rail-road bridge is the fourth bridge on the river, the others being Pandu Saraighat, Kolia-Bjumuraguri and Naranarayan Setu at Jogighopa – all of them in Assam. The Bogibeel Bridge is the longest structure on the River Brahmaputra.

The Bogibeel rail-road bridge is a double-deck bridge with a three-lane road passing above a two-line railway track. The upper deck carrying the roadway is 10.5m above the railway line on the lower deck.

“The rail-road bridge was undertaken by the Northeast Frontier Railway, which is a part of the Indian Railways.”

The road is connected to the National Highway 37 (NH37) on the south bank of the Brahmaputra and to the NH52 on the north bank.

The project included the construction of 29.45km of road (including the bridge) and a rail link of 74km. The north dyke was raised and strengthened for 9km upstream and the south dyke for 7km downstream.

The Bogibeel Bridge is a welded-steel-truss-and-reinforced-concrete structure. It spans 125m and has strong box-type built-in sections.

The bridge is supported on well foundations and 42 piers. The three-lane road has footpaths on either side. The project was approved by the federal Cabinet Committee on Economic Affairs (CCEA) in September 1997 and construction began in April 2002.

Major earthworks and strengthening of the north and south dykes were completed by June 2011. As of the end of 2011, 13 well foundations on the south bank and 11 well foundations on the north bank were in progress for the main bridge.
About Rs30.87bn ($576m) worth of works were executed by the Northeast Frontier Railway while Rs2.91bn ($54m) works were undertaken by the Public Works Department of Assam.

The superstructure of the bridge was scheduled to be completed in 2013. The project required about 505ha of land, which has been acquired across 19 villages.

The state-owned consultancy and project management enterprise Rites (Rail India Technical and Engineering Services) undertook the pre-construction studies and detailed design of the rail-road bridge. Top-Notch Engineers was involved in the design and drawings of the bridge.

The well foundations and substructure of the bridge were constructed by Gammon India under an Rs3.44bn ($64.62m) contract. Assam-based Bharatia Infra Projects supplied aggregates for the bridge under an Rs540m ($10m) sub-contract from Gammon India.

Bharatia Infra constructed the guide bunds and approach embankments on the south bank of the bridge. It also won an Rs700m ($13m) contract to construct the south bank road viaduct.

A joint venture of Hindustan Construction Company (HCC) (51%), Germany-based DSD Brouckenbau (20%) and VNR Infrastructures (29%) built the superstructure of the bridge under an Rs9.87bn ($185m) contract, which was awarded in November 2011.