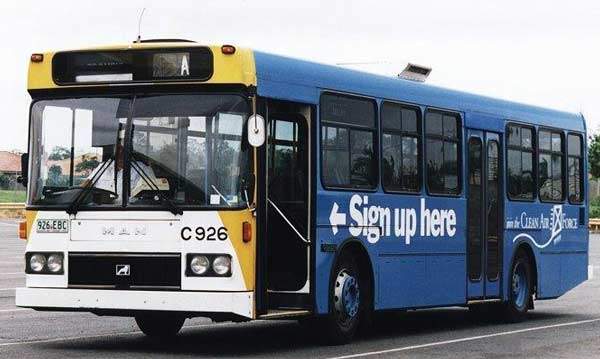 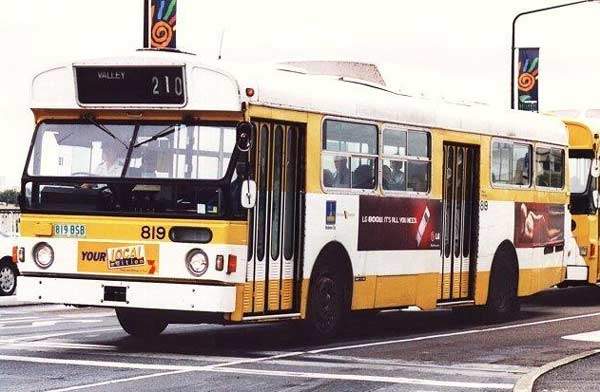 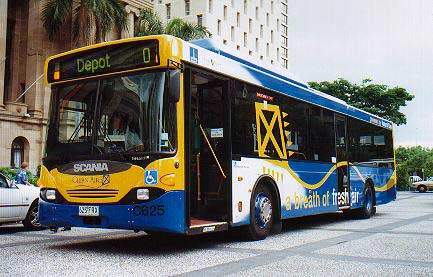 Only a small number of Volvo B59s remain in the Brisbane bus fleet. 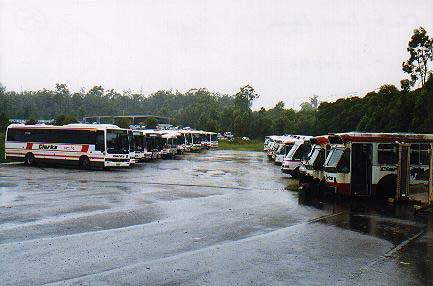 The South East Busway was finally opened on 30 April 2001.

The first section of South East Busway – between the CBD and Woolloongabba – opened in September 2000. The second section – between Woolloongabba and Eight Mile Plains – opened on 30 April 2001.

The project is expected to achieve Queensland’s Integrated Regional Transport Plan (IRTP) target of doubling public transport trips from 7% to 14%.

The design for a five busway corridor network linking with the rail network was conceived in 1995. The South East Transit Project involves the construction of the northern section of the Pacific Motorway between Mount Gravatt and Logan City, and a dedicated busway between Brisbane CBD and Eight Mile Plains.

The South East Busway is a two-way roadway running from Brisbane CBD, via Woolloongabba, to Eight Mile Plains. As many as 117 scheduled routes run on the busway, which is used by 2,313 individual bus services on an average weekday.

There are 10 stations along the South East Busway, which includes 2,000m of elevated roadway and 1,630m of tunnel. Over 140 security cameras are linked to CCTV monitors at the Busway’s Operation Centre.

The extension includes two sections, located on the eastern side of the Pacific Motorway. The first section includes construction of a busway station and a 750-space park ‘n’ ride near Underwood Road, Rochedale. The second section involves a new busway from Rochedale to Springwood, a concept design study of which was undertaken in 2009 under the South East Queensland Infrastructure Plan and Programme. The programme aims to deliver the busway extension between 2011-2026 at a cost of $230m

The proposed extension project, which will be integrated with the Pacific Motorway Upgrade, is being developed in stages. The first phase of the extension, the Eight Miles Plains to School Road, Rochedale section, will begin in late 2012. Work on the remaining phases will commence as funds become available and will be finalised by late 2012.

The Council and Queensland Transport commissioned PPK Environment and Infrastructure (acquired by Parsons Brinckerhoff in April 2000) to complete an Impact Assessment Study and Feasibility Study for the busway project. Brisbane Busway and South East Transit Project consists of various contractors carrying out the construction work on the various stages.