General Controllers office of the Republic of Panama 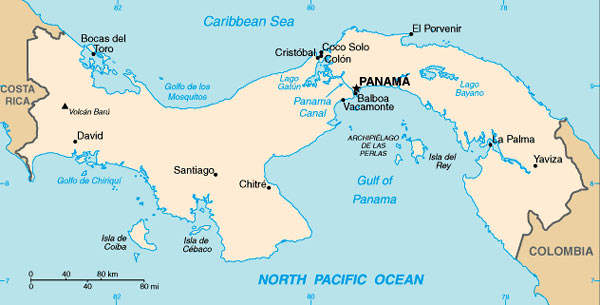 A map of Panama showing the position of Panama City. 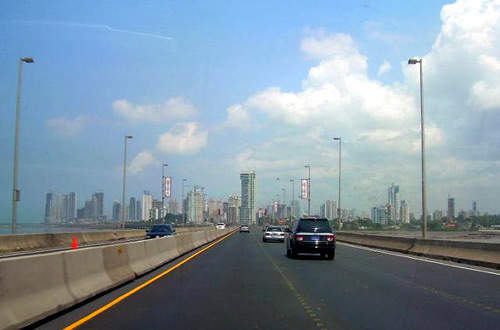 The road from the airport will also link into the coastal beltway to relieve congestion. 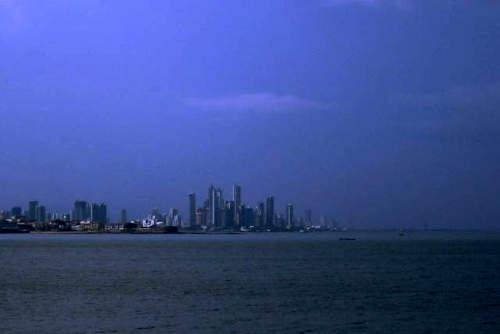 Panama Bay viewed from Naos. The Coastal Beltway will run in conjunction with a project to improve the water conditions in Panama Bay.

The Coastal Beltway project will improve the road congestion in Panama City and will be completed by April 2009. 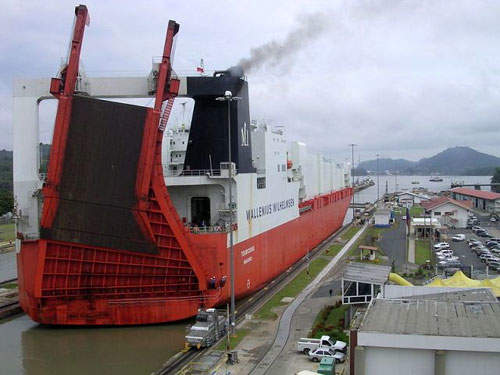 The Panama Canal is a major part of the Panamanian economy, which has become prosperous allowing infrastructure improvements such as the Coastal Beltway.

Panama City is one city in Central America where congestion has reached crisis point. The city is going through an unprecedented period of stability and investment and there are ample public funds for infrastructure improvement projects.

One of the newest road improvement projects is the Coastal Beltway or Cinta Costera (translation means literally ‘coastal tape’) project. This project intends to decongest the road network of Panama City by providing a bypass route past the city.

The Avenida Balboa currently accepts the brunt of this traffic with 72,000 vehicles per day passing along it. The new Coastal Beltway relieves this congestion and also as part of the project provides around 25ha of park area for the use of residents of this area of the city.

“The Avenida Balboa currently accepts the brunt of city traffic with 72,000 vehicles per day passing along it.”

The main contractor for the project was a joint venture of the Brazilian company Constructora Norberto Oldebrecht and Constructora Urbana SA (Odebrecht-CUSA). The project was overseen by the General Controllers office of the Republic of Panama. Norberto Oldebrecht has agreed to provide maintenance and management for the road for a five-year period after it opened. The road project was initially designed by Alliance Pro City but this was later modified by the two architects, Boris Aguilar and Alberto Arosemena. The work to reclaim the land began on 15 October 2007 with several dredgers taking sand from the seabed and pumping it to the rock landfill area.

“A major part of the project included the reclamation of around 30ha of land on Panama Bay to accommodate parts of the new road and the new park area.”

A major part of the project included reclamation of around 30ha of land on Panama Bay to accommodate parts of the new road and the new park area. The first section of the road system consists of a 2.6km four-lane highway with each lane being 3.5m wide and with three interchanges.

With all sections completed, the road is 7km. There is also a breakwater to protect against the sea, two elevated viaducts, a bike path and pedestrian access paths.

As part of the project, the area was redeveloped and the 25ha park is part of this; the park also has an amphitheatre. With the construction of the new road, the Avenida Balboa runs parallel and feeds into the Coastal Beltway. It was also revamped and currently has ten lanes, with six going from Punta Paitilla to San Felipe and four in the reverse direction.

The bridge connecting Avenida 3rd de noviembre and Avenida Balboa was modified so that there is an entrance and an exit to the new Coastal Beltway (viaduct); there is a further access towards Casco Viejo and the City. The final interchange (viaduct) is from the Israel route to the bridge on the Matasnillo River.

The Coastal Beltway starts at Punta Pacifica Neighbourhood and ends just before the old city in the San Felipe district. The project was run in conjunction with the Panama Bay clean-up project which revamps the sewerage and waste systems along this area of the bay.