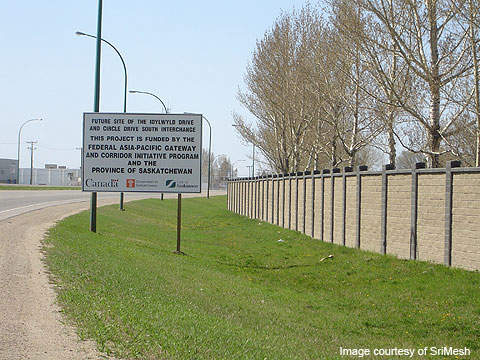 Site of the Idylwyld Drive and Circle Drive South interchange. 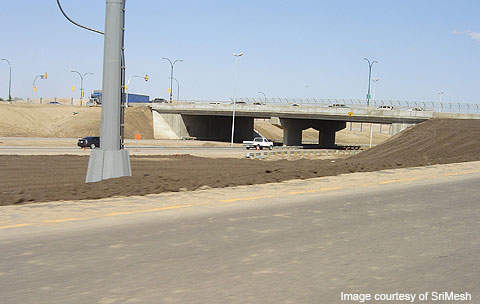 10km of expressway was constructed from Clarence Avenue to Clancy Drive. 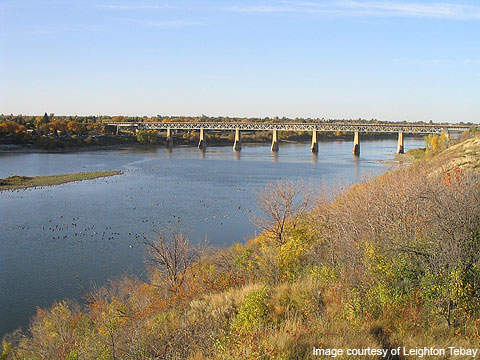 A south bridge was constructed over the Saskatchewan River.

The Circle Drive South project in Saskatoon, Canada, has been the largest single public construction project in the city to date. Construction work on the $300m project began in May 2010.

The ground-breaking ceremony was held on 28 May 2010 in Diefenbaker Park. In the south-west corner of the park, a small walkway was constructed so the public could follow the progress of the six-lane bridge and eight kilometres of connecting freeway.

Both commercial and non-commercial vehicles are benefited from the project. The road project connects the city with national and international trade routes, and, by reducing travel time, it is forecast that the new road will reduce traffic congestion and harmful gas emissions.

“Construction work on the $300m Circle Drive South project began in May 2010.”

In June 2010, 11th Street between Avenue W and Circle Drive was closed for two years to allow construction of the Circle Drive / 11th Street interchange. Until then, traffic was diverted along Fletcher Road and Dundonald Avenue.

The expressway is divided into four to six lanes. A pedestrian and cyclist facility has also been created to cross the South Saskatchewan River for access to the MVA Trails.

The design and build contract was awarded to Graham Flatiron joint venture in March 2010. The preliminary design and project alignment of the bridge were carried out by Stantec Consulting.

The design and build subcontract was given to AECOM in 2010. The company, acting as lead designer, was responsible for supplying design services to the new south bridge. The company also renders its services to railway, environmental site-remediation, and storm-water and noise-reduction wall facilities.

The cost of the road project was $300m. It was funded by various government agencies: the Federal Government contributed $96m, the Provincial Government $98.5m, the City of Saskatoon $100m and the Rural Municipality of Corman Park funded $200,000.

After the bidding process, the Federal Government’s contribution was slashed by $10m, as the winner’s bid was well below the initial projected investment.

The contractors received around $48m for land acquisition, geotechnical and on-site planning.

The new six-lane bridge over the South Saskatchewan River is an important part of the project. It functions as a bypass, helping improve traffic flow in Saskatoon’s downtown core. It also reduces traffic congestion on the Sid Buckwold Bridge.

Based on current traffic modelling, the bridge is expected to serve 30,000 vehicles a day once the city population reaches 250,000 (population growth rate 2.8%). The third, high-speed river crossing helps reduce transit time for people and goods to and from the city.

The Federal and provincial governments allocated $86.5m for the construction of the bridge.