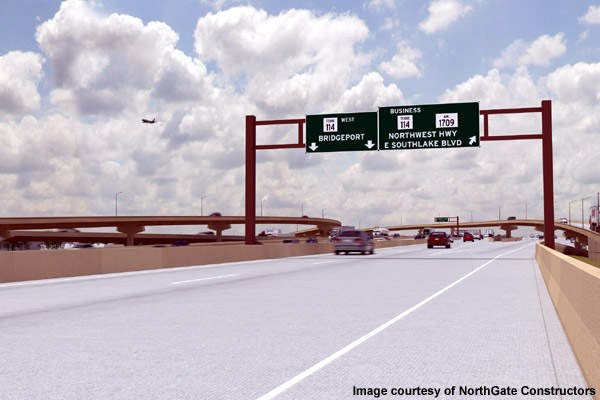 Between four and six lanes were built between SH 1709 and William D Tate along the SH 114. 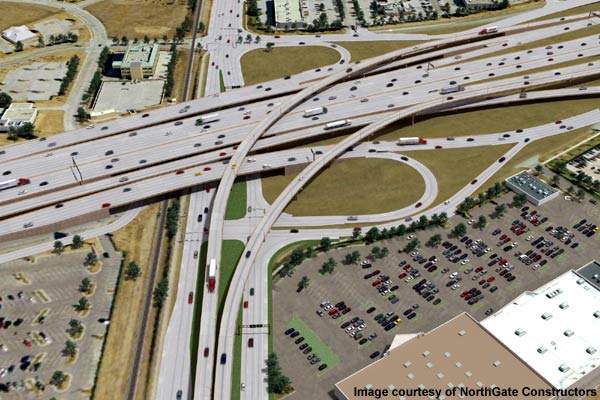 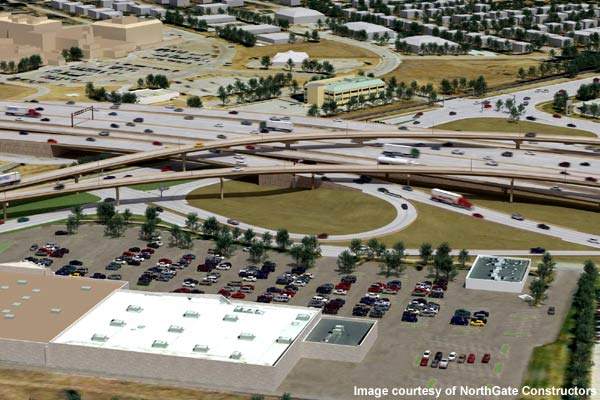 The project involved the reconstruction of an 8.4-mile road.

The Dallas Fort Worth (DFW) connector project is the biggest transportation infrastructure project undertaken in North Central Texas, US. The project involved the reconstruction of 8.4-mile (13.5km) long roads covering Southlake, Grapevine and the north-end area of Dallas Fort Worth International Airport.

Construction began on 17 February 2007 and achieved final acceptance in March 2014, marking the project’s completion. An estimated $1.02bn was invested in the project.

The project improves mobility in areas surrounding Interstate 635 and State Highways (SH) 114, 121 and 360, enhancing the business, commercial and recreational interests of North Texas.

Five miles (8km) of additional construction has been planned under the project, which will cost $1bn.

The DFW Connector project was carried out over seven phases, referred to as 1a through 3b.

During phase one, the east and west end of the project were rebuilt with major areas of work, including four highways, five bridges and two interchanges.

Certain rebuilding works on the FM 2499 and ramp works on the SH 121/SH 360 of the project have, however, been deferred due to funding constraints. The FM 2499 construction work, which includes rebuilding the main lanes of FM 2499 from SH 121 to Denton Creek, started in August 2013 and is expected to be completed by 2017.

Construction of the SH 121/SH 360 ramp started and was substantially completed in 2015, a year ahead of schedule

The highway at the widest point of SH 114, between the Texan Trail and International Parkway, consists of 24 parallel lanes. While 14 of these lines serve as main lanes, six are frontage roads and the remaining four are toll-managed lanes.

The general purpose lanes include four to six lanes between SH 1709 and William D Tate along the SH 114. Near the intersection between SH 121 and SH 114, three southbound and three to five northbound general-purpose lanes were added.

The intersection near William D Tate to International Parkway along SH 114 and 121 have six east-facing lanes and between six and eight west-facing lanes.

In the area between the northern entrance of the DFW airport and the I-365 along SH 121, between four and seven northbound, and between three and six southbound general-purpose lanes were built.

The staging areas of the project were developed in February 2010. The developments included the installation of erosion-control measures, building entrances to staging zones and creating a level area to store equipment and material.

Tree and shrub removal along the south-facing SH 121 frontage road and south-facing International Parkway lanes were performed in mid-February. Work on the main street bridge began in March 2010, while construction of the west end started in mid-2010.

The project was constructed following a design-build approach that integrated both construction and design. Areas, where design had already been completed, were constructed first. Design plans of the project’s other sections were worked out simultaneously.

Due to the design-build process, two large highway interchanges were reconstructed in less than five years, approximately half the time compared with traditional construction methods.