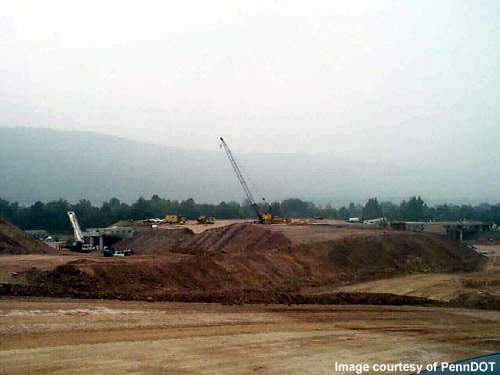 The Dauphin Relief Road was constructed in two sections, with all four lanes of the road opened for traffic in the last quarter of 2000. 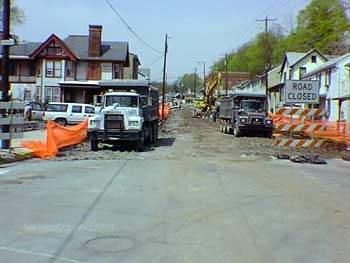 Removing the old concrete and bituminous pavement for the reconstruction of Erie Street in Dauphin Borough. 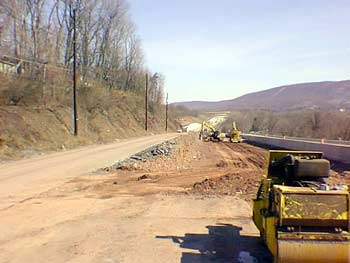 Excavating and hammering rock at the Mt. Pleasant Road intersection with old Route 22/322. 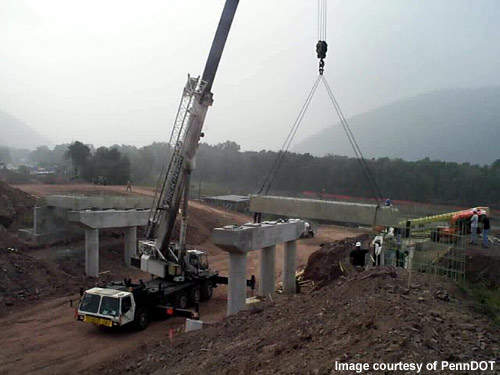 The road at Dauphin has relieved a major bottleneck in the Harrisburg area of Pennsylvania. 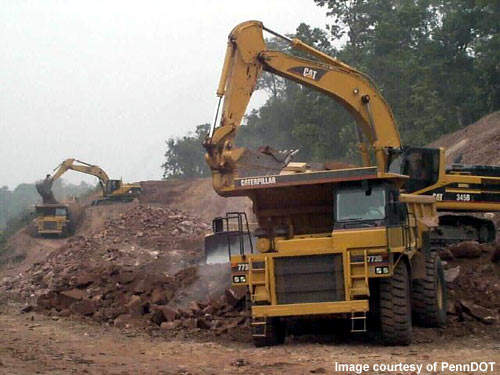 Work on the relief road was started in June 1998 and was fully completed by 2001. 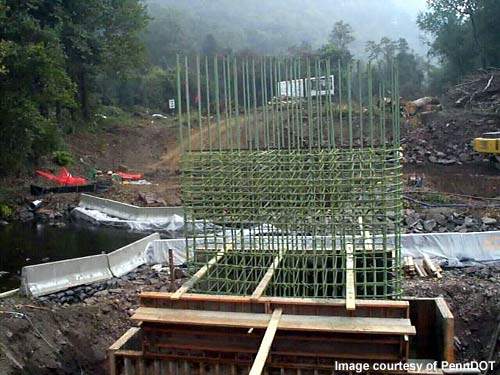 The Dauphin project required the design and construction of a number of walls and bridges. 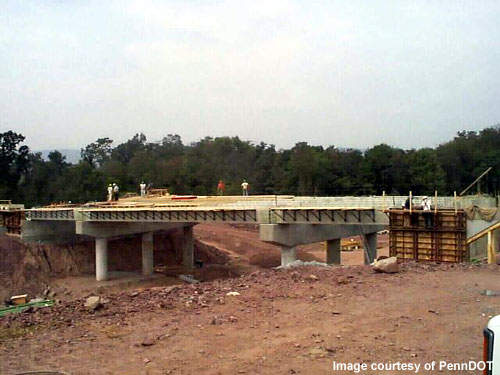 Environmental mitigation measures were required after some of the construction work and were carried out by JMT.

The relief road at Dauphin in south central Pennsylvania was designed to tackle serious traffic congestion in the area. The previous two-lane highway through Dauphin had long been recognised as a major traffic congestion bottleneck in south central Pennsylvania, particularly during rush hour and before and after football games on the road between Harrisburg and the state college.

The overall project was divided into two separate construction contracts. The initial $37.7m contract began at Route 443 and extended 3.2 miles to just beyond Hagy Lane in Middle Paxton Township, north of Dauphin Borough.

“All four lanes of the road were opened for traffic in the last quarter of 2000.”

Construction of the first section began in June 1998 and of the second section in August 1998. The majority of the work was completed by late 2000 with only minor work being left for completion in 2001. Delays (mainly related to the weather) to this schedule were minimal.

All four lanes of the road were opened for traffic in the last quarter of 2000, although there were some restrictions during the summer of 2001 to allow minor work on the pavements.

In addition to the main relief road, a continuous, parallel two-lane service road was included in the project. This was designed to enable local traffic to be separated from through traffic. In many areas, the ‘new’ service road occupies the same location as the existing Route 22/322 roadway.

The inevitable disruption of the construction work led to measures to help commuters circumvent it. Four park and ride schemes were initiated in an effort to lessen congestion. In addition, the Pennsylvania Department of Transportation (PennDOT) also agreed to fund extra bus services.

The existence of the service road (constructed concurrently with the main bypass) also allowed fewer lane restrictions during the construction period than would otherwise have been the case.

“In many areas, the ‘new’ service road occupies the same location as the existing Route 22/322 roadway.”

A company called Johnson, Mirmiran and Thompson (JMT) was given a major role in the design of the projectenvironmental mitigation.

JMT was involved in the strategy and the design of a wetland project to mitigate for 3.5 acres of the Susquehanna river wetlands that were damaged or altered during the road construction.

JMT eventually designed a 4.5 acre site in York County with scrub, shrub and forested wetlands. JMT was awarded the ACEC of Pennsylvania Diamond award for engineering excellence for this project.