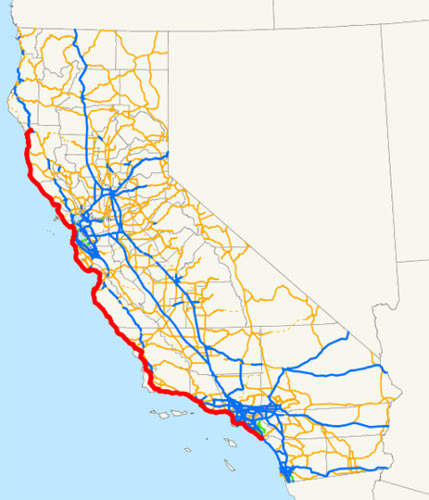 The Devil's Slide Tunnels project is taking place on part of the route of the Pacific Coast Highway. 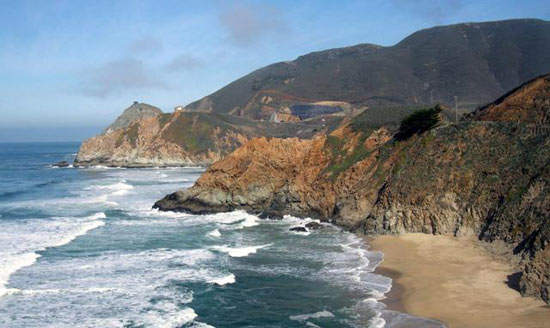 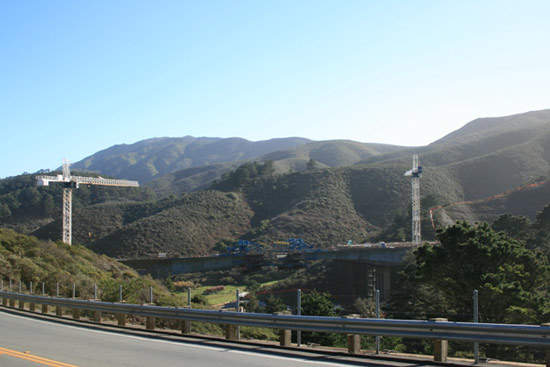 The twin bridges at the north end of the Devil's Slide project were completed by September 2008.

California State Route 1 is a highway that runs along the pacific coast of California, passing through the Devil’s Slide region, a steep promontory prone to landslides. In 1995, a landslide closed the road for over 150 days, requiring $3m in repairs.

To bypass the area and avoid further damage to the route, vehicular tunnels were approved in 1996. In January 2007 Kiewitt Pacific Construction was awarded a contract for the construction of the tunnels, and excavation started in 2007. The contract for the tunnelling project cost $439m and opened for traffic in March 2013.

The project involved the construction of a separated two-lane highway with one lane in each direction. The road route passes through twin in-land tunnels and over twin bridges and then is realigned with the two-lane highway at each end.

The road effectively bypasses the geologically problematic portions of Route 1, which was closed and remodelled into a cycling and hiking path, along with around 70 acres of surrounding land. Digging became difficult due to unexpected rock and soil conditions in the final tunnel excavation, which consequently delayed the completion of the work.

The tunnel boring project was undertaken in a south-to-north direction and used a new Austrian tunnelling method. This meant that both of the tunnels were bored at exactly the same time with one of the tunnel faces being approximately 60yd ahead of the other one.

The tunnels’ twin bores are approximately 4,200ft long and around 30ft wide. There is one vehicle lane and a shoulder in each of the tunnels. The tunnels have 11 cross-linking passages for emergency access and three underground equipment rooms. There is a special day/night lighting system with transition for different brightness at each end.

The tunnel ventilation system was created using 16 jet fans, in each of the tunnels. Other safety elements include a fire detection and fighting system along with gas detection, CCTV and emergency phones. Electronic signs running the length of the tunnel will give advisory information. The tunnel also has an over-height vehicle detection system.

The project was separated into six different contracts. At the south end an 85,000yd³ rock-cut and soil nail 340ft retaining wall was constructed by Gordon N. Ball using 1,200 30ft-long concrete-filled soil nails that were capped in shotcrete.

"The entire project was built at a cost of $439m, with 99% of the funding coming from Federal sources."

This was completed in June 2006 at a cost of $10m, as part of the realignment project at the south end of the tunnels with the PCH.

At the north end the twin bridges, which connect the north portals to the Pacific coast highway, were completed by Disney Construction in September 2008 at a cost of $43m. Both bridges span 1,000ft and rise to a height of 125ft above the valley.

In 2009, Transdyn was awarded a contract to provide tunnel control system for the tunnels. The project included supply of ventilation control systems, CCTV, radio rebroadcast, intrusion detection, and environmental monitoring.

During the construction, safeguards were added for the protection of endangered species such as the California Red Legged Frog.

The total construction cost for the project was around $325m, which was received through federal emergency relief.