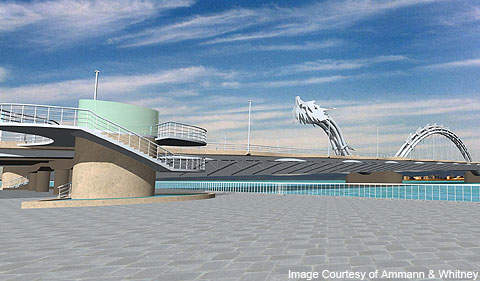 The Dragon River Bridge is 666m long and has six lanes for traffic. 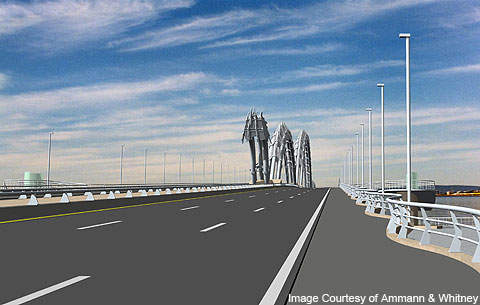 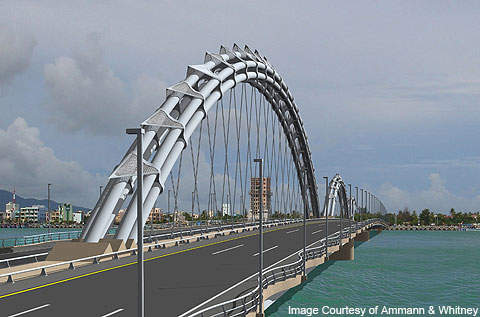 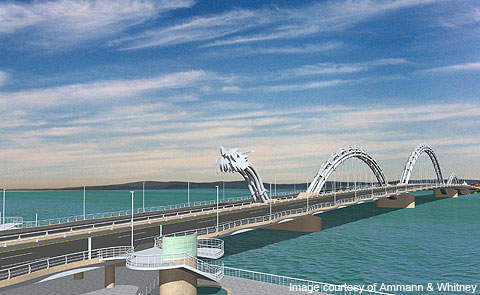 The Dragon River Bridge crosses the Han River in the port city of Da Nang, Vietnam.

The Dragon River Bridge was part of wider plans to develop urban transport systems on the banks of the Han River.

The Dragon River Bridge is constructed over the Han River in the port city of Da Nang, Vietnam. The Han River splits the city in two, with the airport on the western side and beaches to the east. The bridge is the sixth to span the river, and takes its name because its design resembles a dragon, a creature with cultural significance in the country.

Construction of the Dragon River Bridge began with a groundbreaking ceremony on 19 July 2009 – the same day that the nearby Thuan Phuoc Bridge was inaugurated. Vietnamese Prime Minister Nguyen Tan Dung attended both events.

The construction of the Dragon River Bridge was approved in 2008 as part of wider plans to develop the urban transport system in Da Nang, particularly along the banks of the Han River. It also relieves congestion on the Han River Bridge in Da Nang’s cultural centre – the route most tourists use to reach the city’s beaches.

"The bridge relieves congestion on the Han River Bridge."

The bridge connects the Nguyen Van Linh Highway on the west bank (starting at the Cham Museum) with the seaside highway, Son Tra-Dien Ngoc, on the east bank. This allows tourists to travel between the Da Nang International Airport and the beaches quickly.

The Dragon River Bridge is about 666m long, 37.5m wide and has six lanes for traffic. Each lane is 3.75m wide, and there is a 6m separator strip between traffic travelling in opposite directions. The bridge also has two 2.5m-wide sidewalks.

The bridge includes a standing vibration level of six and navigational clearance of about 7m. It has a major span of 200m and two sidespans of 128m. The head span of the dragon’s head measures 72m and tail span 64m. The bridge is illuminated by LED lights at night.

The Da Nang People’s Committee selected the Louis Berger Group and Ammann & Whitney to design the bridge, roadways, and the public plazas and squares on each side.

Construction was carried out by Bridge Company No. 75 and Company No. 508 (an affiliate of Civil Construction Engineering Corporation No.5). It was supervised by the HaFICo Group and XFZ – GACS-China.