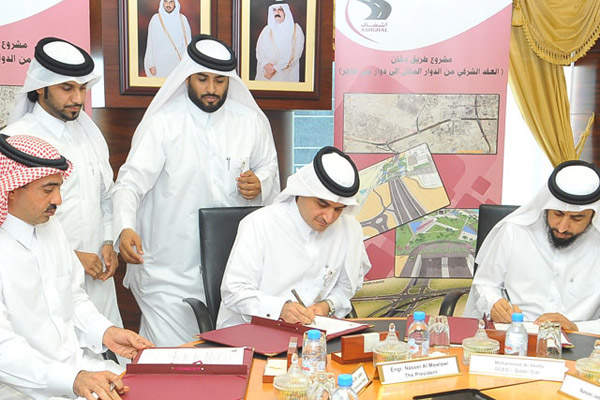 The signing ceremony for the Dukhan Highway Central project was held in April 2011. Credit: Ashghal. 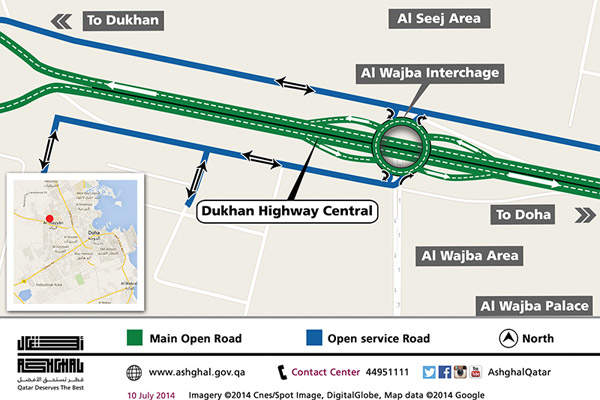 A 9km section of the New Dukhan Highway Central was opened for the public in July 2014. Credit: Ashghal.

The Dukhan Highway Central project involved the construction of a 15km-long new dual four-lane expressway running from the current Wajbah Interchange to 1km east of the Al Shahania, Doha, Qatar.

The new highway with hard shoulders and grade-separated interchanges replaces the existing two-lane dual expressway and aims to improve the traffic flow between Doha and the west of Qatar.

The entire 15km stretch was opened in May 2017. It forms an important part of the Doha Expressway network. The project was developed by Qatar’s Public Works Authority (Ashghal).

The project was initiated under Ashghal’s Expressway Programme, a massive road modernisation programme to deliver a modern highway network in Qatar covering a route length of 980km and involving more than 240 intersections by 2020.

The Dukhan Highway Central project involved two underpass interchanges at New Wajba and Al Dehailiyat Army Camp, a multi-level interchange called Rawdat Rashed to provide access to the Al Rayyan Stadium and the Mall of Qatar, as well as other urban infrastructure projects currently under construction in the area. The new Al Wajba Interchange was opened in June 2014.

The project also included a single-service road along both sides of the main carriageway and a two-way cycleway on the northern side to facilitate local traffic movement. Two camel underpasses were built along the route for the safe movement of livestock.

Celebration Road and Military Road were upgraded as part of the Dukhan Highway Central road improvement project. Electrical and communication cabling, along with the local utility infrastructure, including the water and treated sewage effluent (TSE) supply system, were also upgraded.

The Doha Expressway is a significant infrastructure project being carried out in Doha, Qatar. Crash barriers measuring 18,000m-long were installed to form the median of the expressway. The driving speed at the expressway has been limited to 120km/h.

The Dukhan Highway Central provides a direct strategic link between the west of Qatar into the heart of Doha while reducing travel time and relieving congestion along the route.

A joint venture (JV) between Consolidated Contractors Company (CCC) and Teyseer is the construction contractor for the 15km-long Dukhan Highway Central expressway project.

KBR was appointed as the programme manager for the project and WS Atkins is the design and work supervision consultant.

Magnus James provided civil engineering services for the construction of underpasses, interchanges and bridges on the new highway.