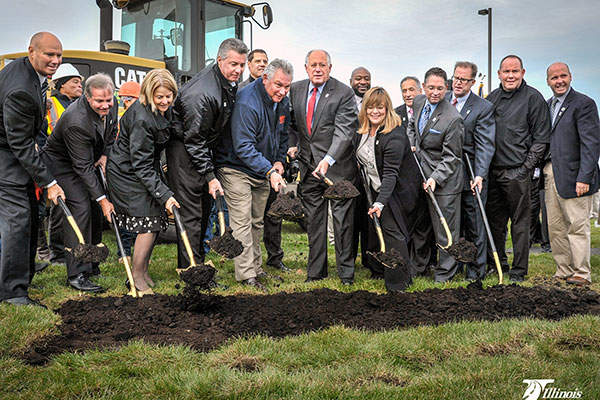 Ground-breaking of the Elgin O'Hare Western Access (EOWA) project was conducted in October 2013. 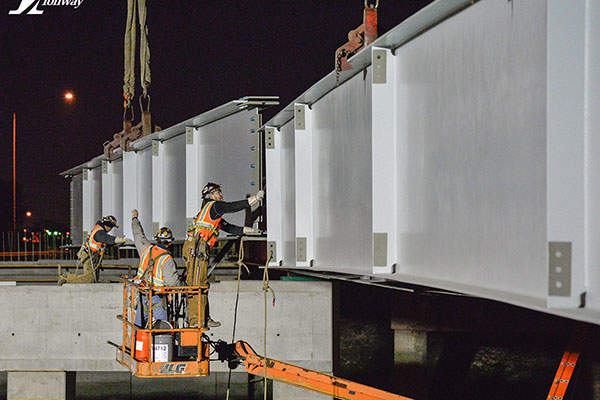 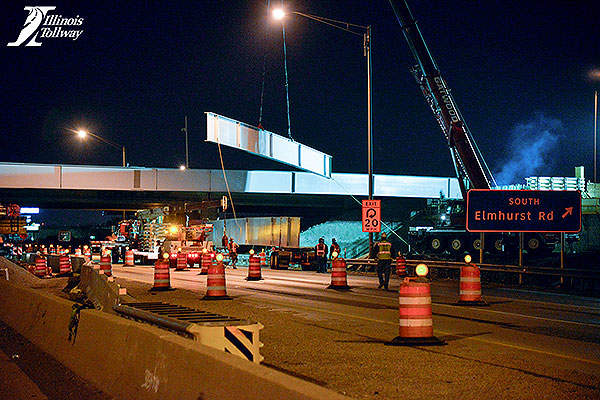 Construction works on the new Elmhurst Road Bridge over the Jane Addams Memorial Tollway (I-90). Photo: courtesy of Illinois Tollway.

Illinois Tollway is developing the Elgin O’Hare Western Access (EOWA) project, which consists of the construction of 17 miles of toll roads and 15 new or improved toll road interchanges in Illinois, US. The US Department of Transportation has recognised it as a project of national and regional significance.

The project is expected to decrease traffic on local roads by more than 16% during rush hours and reduce delays by 24%. It is estimated to serve approximately 120,000 vehicles a day, as well as create 65,000 jobs by 2040.

The EOWA project is expected to involve a $3.4bn investment and is being developed as a part of Illinois Tollway’s $12bn capital programme, called ‘Move Illinois: The Illinois Tollway Driving the Future’.

Ground-breaking of the project was conducted in October 2013 and the roads will be open to public in three phases with the entire project completing in 2025.

The project comprises the construction of a new, all-electronic toll road along the western border of O’Hare International Airport, connecting the Jane Addams Memorial Tollway (I-90) and the Tri-State Tollway (I-294). A new ramp will be constructed to provide direct access to the airport from York Road, the Union Pacific Railroad and Canadian Pacific Railway.

The construction is divided into three phases – Illinois Route 390 project, I-290 Interchange project, and the Elmhurst Road project at the I-90.

The Illinois Route 390 project will provide western access to O’Hare Airport. Noise wall construction is being undertaken on Illinois Route 390, between Irving Park Road and Plum Grove Road. Other works include the reconstruction of the roadway from Meacham Road/Medinah Road to Rohlwing Road (Illinois Route 53), in addition to improvements to three mainline bridges over Salt Creek, Mittel Boulevard and Lively Boulevard.

The Elmhurst Road project at the I-90 includes the construction of a diverging diamond interchange at the I-90 and Elmhurst Road, which will eliminate the left-hand turns in front of oncoming traffic and ensure smooth traffic flow.

Major works of the EOWA project through to 2018 comprise the rehabilitation of the existing Elgin O’Hare Expressway and construction of new interchanges at I-290 Illinois Route 53. The works also involve the construction of the new access road at I-90/Elmhurst Road, the extension of the existing Elgin-O’Hare Expressway to O’Hare Airport and the access road to O’Hare Airport via York Road.

“The US Department of Transportation has recognised it as a project of national and regional significance.”

Construction of the new southbound Elmhurst Road bridge is expected to be completed by mid-2014 and works on the new northbound bridge are expected to start in late 2014.