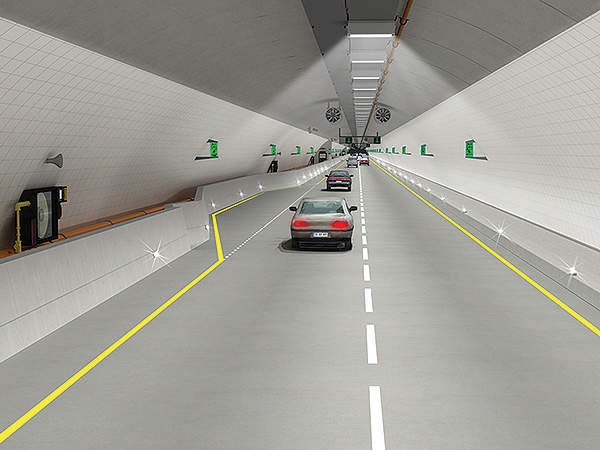 Eurasia tunnel decreases the travel time between Kazlicesme and Goztepe by 85 minutes. 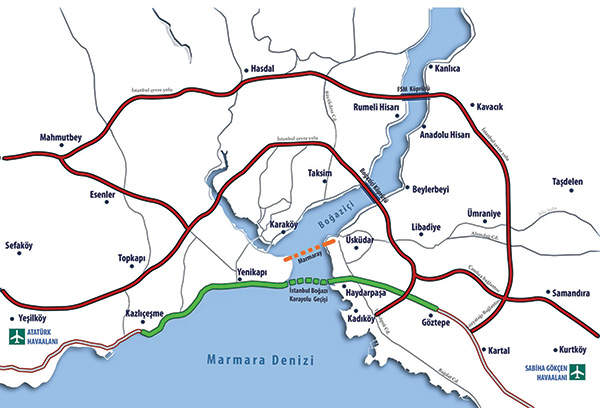 The 14.6km-long link was built across the Istanbul Strait in Turkey. 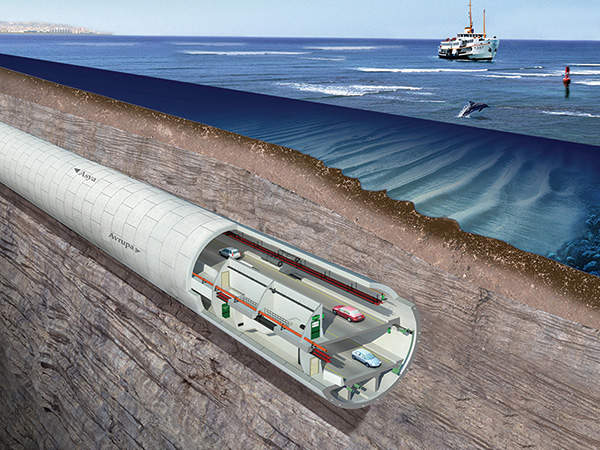 The tunnel was constructed 25m underneath the seabed. 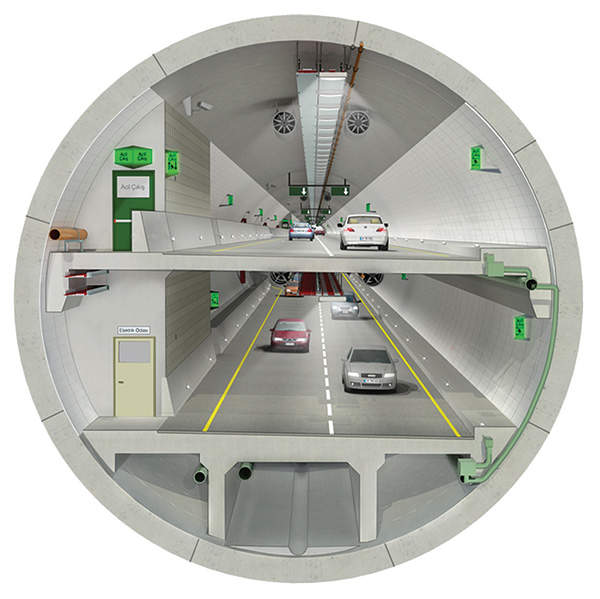 Eurasia Tunnel Project involved the construction of a 14.6km road link between the Kazlicesme and Goztepe regions of Turkey, including a 5.4km tunnel, to address Istanbul’s increasing traffic problems.

The project reduces the travel time between Kazlicesme and Goztepe from 100 minutes to just 15 minutes. The 5.4km twin-deck tunnel was built underneath the seabed of Bosphorus, also known as the Istanbul Strait. The project also involved the improvement and widening of the roads leading to the tunnel.

A ground-breaking ceremony for the project took place on 26 February 2011. The tunnel was inaugurated in December 2016, with a daily capacity of 120,000 vehicles in both directions. A $1.1bn investment was made in the project.

Proposals for establishing a transportation connection across the Bosporus by means of a tunnel had been considered in the 19th century, but the project was abandoned due to the lack of technology. With many similar projects being constructed in the 21st century, the idea was revived. The project was included in the Transportation Master Plan formulated by the Istanbul Metropolitan Municipality in 1997.

A pre-feasibility study was carried out based on findings in the masterplan in 2003. In 2005, the Republic of Turkey Ministry of Transportation issued a contract to Nippon Koei to carry out a feasibility study for the project. Factors such as environmental standards, cost, risk, bridge locations and equilibrated distribution across the tunnel route were included in the study.

A build-operate-transfer model was chosen to be the best option for the construction of the tunnel. In December 2006, AYGM tendered the Istanbul Bosporus Tube Crossing Project. In January 2009, the contract was pre-signed by Turkish Korean Joint Venture, which later registered its name as ATAŞ (Avrasya Tüneli İşletme İnşaat ve Yatırım – Eurasian Tunnel Operation Construction and Investment). The implementation contract for the project was signed in February 2011. ATAŞ is responsible for construction, operation and maintenance for a period of 25 years, 11 months and nine days.

The project site is located 1.8km south of Marmaray’s Strait crossing. The tunnel helps Istanbul ease its intercity traffic and reduce the traffic load on the Bosporus Bridges.

The tunnel also contributes to the growth of Istanbul’s air transport by providing the most practical link between the city’s two airports, namely Ataturk Airport and Sabiha Gokcen Airport. By decreasing distance, it indirectly contributes to reductions in fuel consumption, noise pollution and CO₂ emissions.

The main criterion considered while designing the project was safety. The tunnel has been designed to withstand earthquakes of magnitude up to 7.5 on the Richter scale. The maximum depth of the tunnel below the seabed is 61m, while the overburden is 25m underneath the seabed and the lowest tunnel level is 106.4m.

The European side segment included the construction of five underpass U-turns and seven pedestrian overpasses between Kazlıçeşme and Sarayburnu along Kennedy Street. The entire 5.4km segment was widened from 3×2 lanes to 2×4 lanes.

Construction of the 3.8km Asian side segment involved the widening of 2×3 and 2×4 lanes of D100 road to 2×4 and 2×5 lanes respectively, as well as the construction of two bridge intersections, one overpass and three pedestrian footovers.

Construction on the Asian side commenced first and progressed to the European side with the drilling of a tunnel 25m underneath the seabed of the Bosporus strait.

The approach roads on either side were widened to eight lanes. The current junctions and crossings were substituted by underpasses. New overpass foot-overs were constructed for pedestrians. The approach roads were handed over to the Istanbul Metropolitan Municipality after the completion of renovations and widening.

ATAŞ executed the project as the lead contractor. It is a consortium of Turkish companies Yapı Merkezi and SK E&C, and Korean companies Samwhan Corp and Hanshin.

The environmental and Social Impact Assessment (ESIA) of the project was carried out by ERM (Environmental Resource Management) and ELC Consulting and Engineering Group, under a contract with ATAŞ.

Global management company LeighFisher was consulted for analysis of the tunnel’s traffic and revenue forecasts.