US Army Engineers and Bureau of Reclamation
Expand 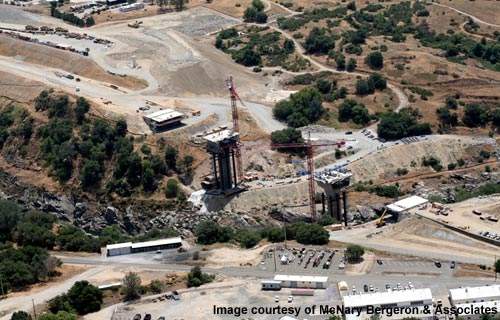 The bridge structure at Folsom Lake Crossing as of May 2008. 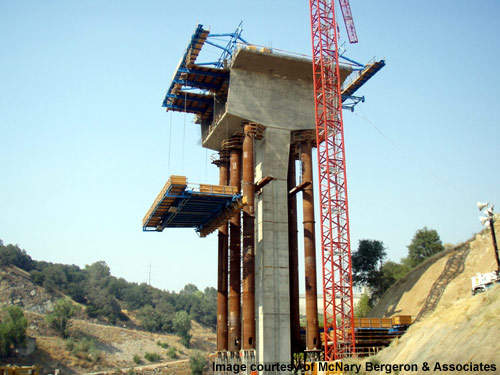 The Folsom dam bridge is a segmental cast-in-place concrete structure. 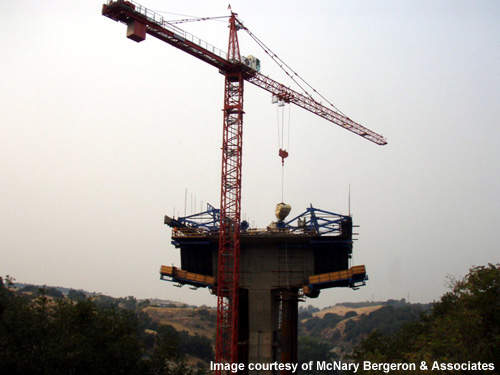 The dam road, which formed the previous crossing was closed in 2003 after security issues. 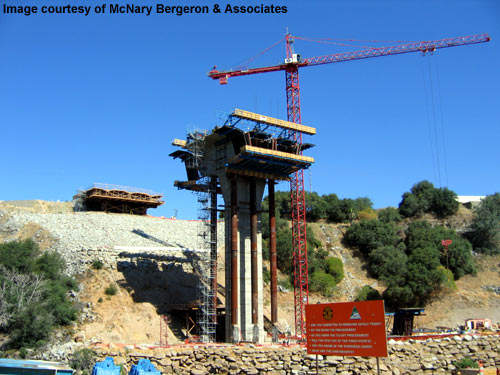 The dam road started as a service road when the structure was first opened in 1955 (containing three turbines with an output of 199MW) but over the years traffic had grown to some 18,000 vehicles a day and the road had become a major artery into the city.

The closure of the dam road threw the traffic system into disarray and some called for the dam road to be reopened – the alternative routes were gridlocked and this affected local businesses, causing a 40% reduction in business.

John Keys, commissioner of reclamation, commented: "The mission of Folsom Dam is to provide flood control and power and water to California. It is our responsibility to ensure that the dam continues to protect the lives and property of the citizens of the Sacramento area. While it has become essential to close the roadway that runs over the top of Folsom Dam, we are continuing to consult with congressional representatives, local officials and citizens about the impacts of this decision."

In 2004–2005 a new $75m bridge crossing of the Sacramento River went into the planning stage with construction beginning on 22 February 2007. The new cast-in-place segmental concrete bridge is expected to be opened by spring 2009. The bridge, which will be situated just west (100 yards downstream) of Folsom Dam will now reduce much of the traffic congestion in Folsom. According to estimates, a total of 40,000 vehicles will travel on the bridge every day.

The bridge, built by the US Army Corp of Engineers, is 970ft long and 80ft wide with a main span of 430ft and carris four traffic lanes, along with two bicycle lanes and a pedestrian walkway. The 200ft-high bridge was being constructed using form travellers in a cast-in-place segmental fashion.

“The winner of the name competition announced in July 2008 was Folsom Lake Crossing.”

The designers of the bridge were CH2M-Hill and URS. The main construction contractor was Kiewit Pacific Co ($16m contract) and the structural engineering was by McNary Bergeron & Associates (construction analysis, geometry control, and shop drawings). The cable stay supplier for the bridge construction was Schwager Davis Inc (supplying all materials and installation labour for post-tensioning of the bridge).

The naming of the new bridge was thrown open to the public and the suggestions were narrowed down from 800 to four possibilities that were debated at a council meeting toward the end of June 2008. These were: Johnny Cash, Folsom Lake, Folsom Dam and Granite City. The final winner of the name competition announced in July 2008 was Folsom Lake Crossing.

On 28 March 2009, the new bridge opened to the public and road traffic.