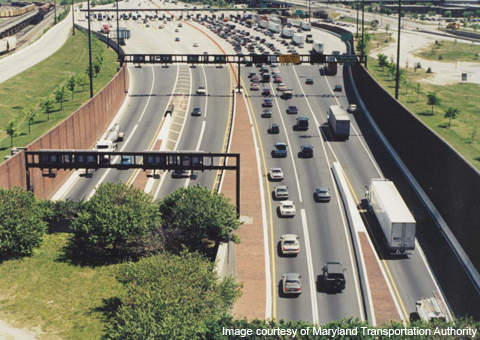 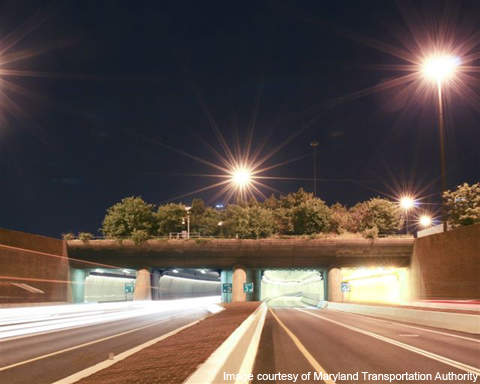 The tunnel was opened in November 1985. 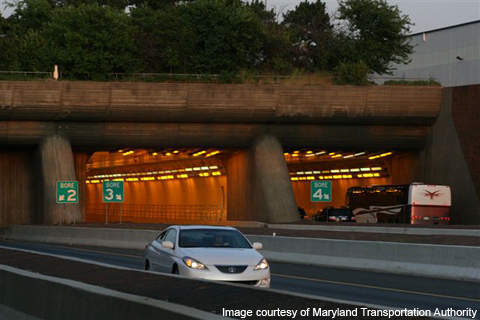 Fort McHenry Tunnel is a vital part of Interstate 95. 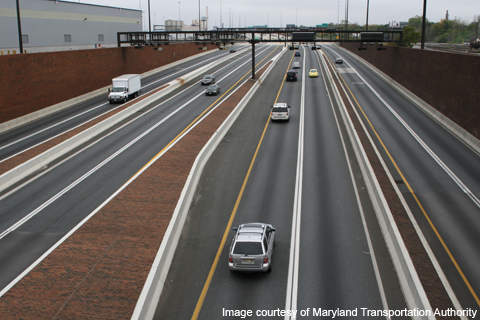 The tunnel handles more than 115,000 vehicles each day. 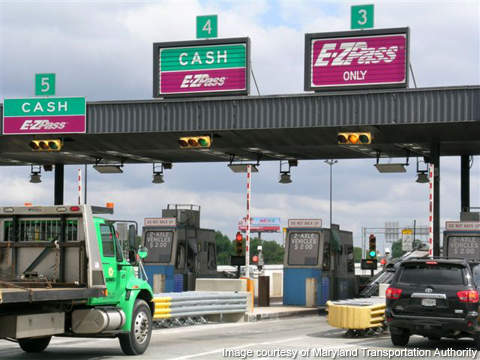 The opening of the tunnel relieved traffic on the Baltimore Harbor Tunnel.

The Fort McHenry Tunnel located in Baltimore is operated by the Maryland Transportation Authority (MdTA). The tunnel, which was opened in November 1985, carries traffic underneath the Baltimore Harbor. It extends the peninsula and passes south of Fort McHenry beneath the harbor navigational channel and is an important section of I-95.

The tunnel construction was considered to be the largest project under the National Interstate and Defense Highway Program. The opening of the tunnel relieved traffic on the Baltimore Harbor Tunnel.

Initially, an eight-lane bridge was planned for construction across Baltimore Harbor. The plan was, however, after consideration of its environmental impact on a National Monument and Historic Site and residential areas at Fort McHenry. The alternative plan involved construction of a 1.5 mile tunnel.

Proposed budget for the Fort McHenry Tunnel project was $825m.

Construction on the eight-lane tunnel began in June 1980. The structure is the largest underwater tunnel ever built using the immersed tube method.

The tunnel has 32 tube sections of 82ft in width and 42ft in height. The tunnel sections were manufactured at Port Deposit and tug boats were used to transfer the section to site. About 3.5m yd³ of soil was excavated and over 900,000yd³ of concrete was laid. Approximately 100m lbs of structural steel was used for construction of the tunnel.

Prefabricated tunnel sections were sunk in the harbour before they were merged.

The design was very challenging, as it was the first to have a vertical and a horizontal curve in the alignment.

A joint venture of Sverdrup & Parcel and Parsons, Quade, and Brinckerhoff & Douglas designed the tunnel under a contract awarded in 1977. Howard P. Foley was responsible for the mechanical and electrical works contract.

“The opening of the tunnel relieved traffic on the Baltimore Harbor Tunnel.”

Kiewit Raymond Tidewater (K-R-T) won the Trench Tunnel contract which involved dredging of a trench, excavation of soil, concreting and sinking of the tunnel sections. The contracts for the West Approach and East Approach were awarded to Lane Construction and S. J. Groves & Sons respectively.

Transdyn was awarded the contract for upgrading the intelligent transportation system (ITS) of the tunnel.

The US Highway Trust Fund financed 90% of the project cost while the remaining 10% was diverted from state funds.

Baltimore Harbor Tunnel is a pair of tunnels in Baltimore, Maryland and is operated by MdTA. The tunnel which was opened in 1957 is 7,650ft-long.

Francis Scott Key Bridge, opened in 1977, is a continuous truss bridge and crosses Patapsco River in Baltimore. The 1,200ft bridge also known as Outer Harbor Bridge is operated by MdTA.