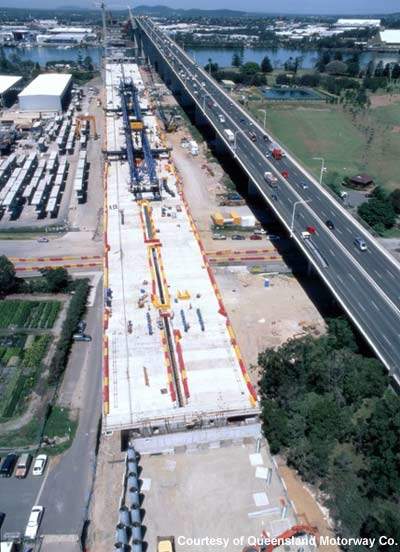 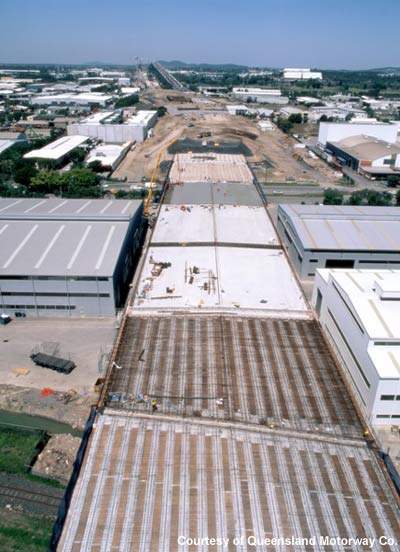 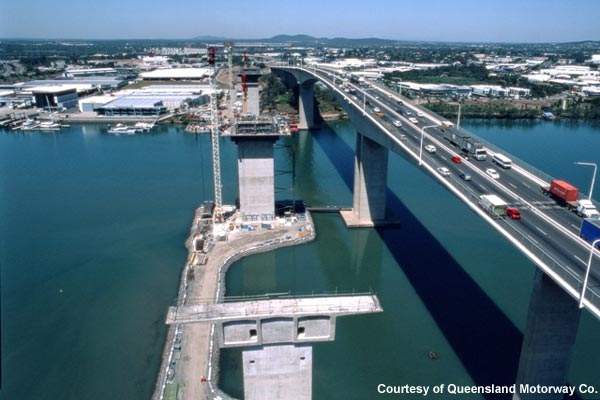 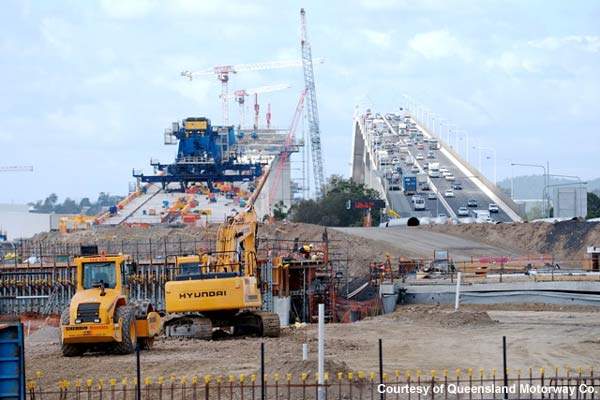 The new Gateway Bridge is being built next to the original.

The Gateway Motorway upgrade is one of the largest bridge and road projects in Queensland’s history. The A$2.12bn project totals 24km and involved upgrading of a 16km section of the Gateway Motorway between Lytton Road and Miles Platting Road. It also included the addition of a 7km section of motorway in the north to provide a bypass for additional traffic between Mount Gravatt-Capalaba and Nudgee roads. The 7km Gateway Motorway opened to traffic in July 2009.

Opening of all 12 lanes on the newly renovated Sir Leo Hielscher Bridges crossing the Brisbane River in late November 2010 marked the end of the original upgrade project.

In March 2010, a A$240m southern extension to the original project was announced, which involved upgrading the existing four-lane Gateway Motorway between Mt Gravatt-Capalaba Road and Miles Platting Road to six lanes, and road resurfacing through to the Pacific Motorway. The project was completed and opened to traffic in July 2011.

The next stage of upgrade works for the southern extension includes upgrading Mt Gravatt-Capalaba Road from Broadwater Road to Gardner Road and the extension of the Gateway Motorway southbound on-ramp to the Pacific Motorway.

The federal and Queensland governments are jointly investing $140m for the design and construction of this stage. The project is currently in design phase and tenders for construction are expected to be invited in late 2012, while construction is scheduled to commence in 2013 and completed by mid-2014.

"The Gateway Motorway is the largest bridge and road project in Queensland’s history."

Planning for the Gateway Motorway North project was announced in June 2011. The A$125m north project includes upgrading the motorway from four to six lanes from Nudgee to Deagon Deviation and construction of an additional lane between Sandgate Road and the Deagon Deviation.

Planning for the Nudgee to Deagon Deviation upgrades has been completed, with construction of the additional lane awarded to Seymour Whyte Constructions. Works commenced in April 2012 and are scheduled for completion in 2014.

The upgrade project was undertaken by Queensland Motorways which was a Public Private Partnership with a 30-year concession. The tender was awarded to a joint venture of Leighton Construction and Abigroup (owned by Hochtief and Bilfinger Berger) in September 2006.

The refurbishment of the Gateway Bridge (now Sir Leo Hielscher Bridges) formed one of the largest sections of the original project. The 260m-long main span initially carried three lanes of traffic each way, 65m above the river and is one of the biggest hollow concrete box constructions in the world.

The newly refurbished bridge has provided an additional six lanes for traffic along with a pedestrian and cycle way. The contractors for the bridge included the main joint venture along with VSL, an Australian post tensioning company (alliancing contract).

The design of the new bridge offers improvements on the original bridge, being 3m wider at 28m for the pedestrian and cycle paths on the eastern side of the bridge; there are lookout points along the length for pedestrians to enjoy the view from the 64.5m high point. The cross section of the new bridge uses a 15m-wide double box system rather than the single box of the original (12m wide at the bottom). The main bridge span of 260m and the two back spans of 130m have their double box cast in one unit for each pour for the balanced cantilever construction.

The bridge sections sit on 17 columns varying in height from 45m to 65m. The 77m side spans between the piers are constructed using pre-cast construction; five on the south side for a 350m approach and 10 on the north where the approach is 750m long.

The deck segments weigh between 65t and 200t. The foundations for the bridge include 24 bored piles, 1.8m in diameter and up to 55m in depth and filled with concrete (north of the bridge some softer ground has required over 11,000 piles). Piling was carried out by Franki, Vibropile and Keller.

"The new road reduces travel time from Rochedale in the south to Brisbane Airport by 15 minutes."

North of the new bridge is a large area of marshland and streams. To accommodate the expanded road system here, required 26 small bridges for three crossings and interchanges. The first crossing was required for the current airport road along with the airport’s Skytrain elevated rail line. A further major interchange is connected to the airport road and a 750m bridge passes over a major canal. The new road reduces travel time from Rochedale in the south to Brisbane Airport by 15 minutes, and from Caboolture in the north to the Port of Brisbane by approximately 10 minutes during the peak traffic times.

The upgraded road system was opened in stages. Wynnum Road and Lytton Road opened two new southbound lanes in 2007, along with the Wynnum Road interchange upgrade.