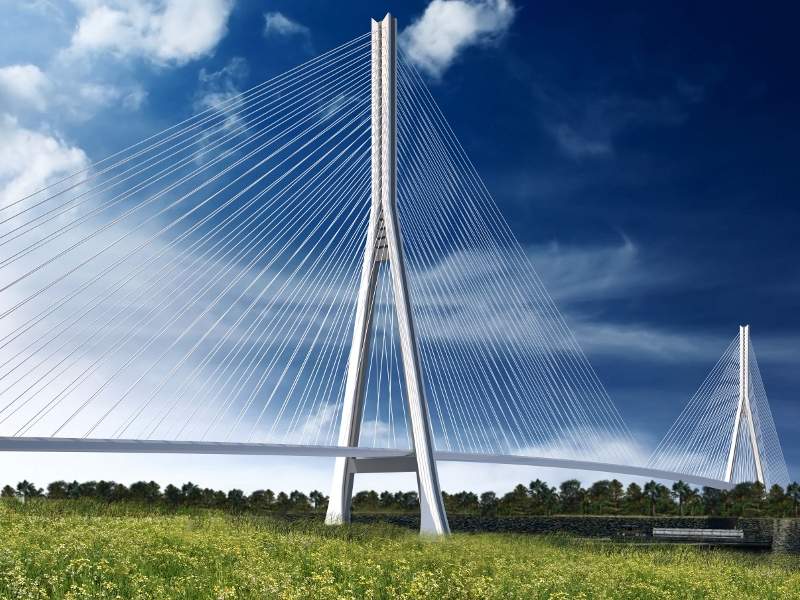 The Gordie Howe International Bridge over Detroit River will connect Canada with the US. Image courtesy of the Windsor-Detroit Bridge Authority. 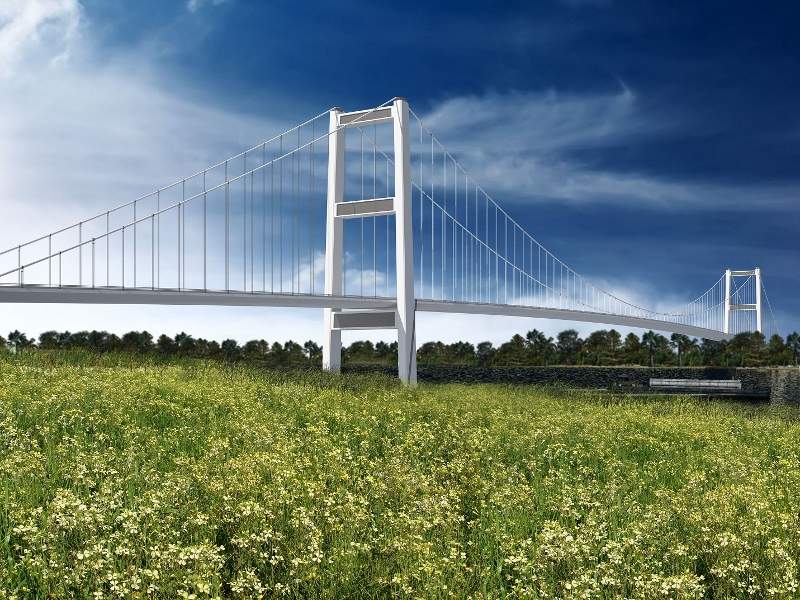 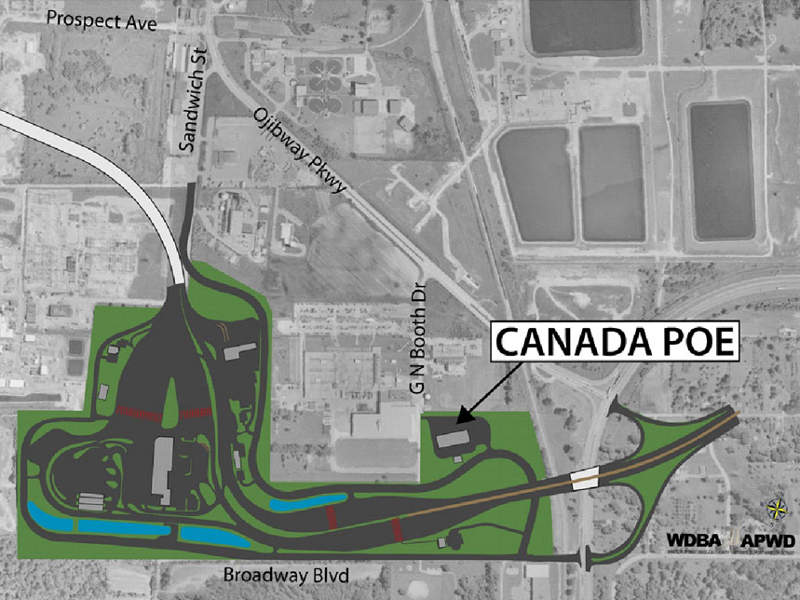 The Canadian port of entry (POE) will have border inspection facilities for passenger and commercial vehicles. Image courtesy of the Windsor-Detroit Bridge Authority.

The US POE will be spread over an area of 60ha. Image courtesy of the Windsor-Detroit Bridge Authority.

The Gordie Howe International Bridge, a planned binational border infrastructure project, will be one of the longest bridges in North America that will connect Canada with the US.

The objective of the 2.5km-long bridge is to ensure effective flow of commerce between Canada and the US. The Windsor-Detroit trade corridor was used by more than 2.5 million trucks, enabling more than $100bn worth of trade in 2014.

The Gordie Howe International Bridge is being developed through a public-private partnership between Windsor Detroit Bridge Authority (WDBA) and Bridging North America (BridgingNA), and will be publicly owned by the Governments of Canada and Michigan.

The ground-breaking ceremony for the construction of the Gordie Howe Bridge was held in July 2018. The bridge is expected to be completed by the end of 2024.

The bridge project was conceptualised and began as the Detroit River International Crossing (DRIC) in 2004. The approvals for the bridge construction came in 2007 and 2008.

“The ground-breaking ceremony for the construction of the Gordie Howe Bridge was held in July 2018.”

The bridge was initially estimated to be completed by 2016 but was delayed due to the refusal of $550m Canadian appropriation in October 2011.

The Canadian Federal Government announced funding for the bridge construction in June 2012. It provided $25m for the land acquisition on the Detroit side in May 2013.

The US Department of State granted Michigan the permit required to build the bridge in April 2013 and WDBA was selected to operate the bridge in July 2014.

Parsons Corporation was appointed as the general engineering consultant for engineering work and technical advice for the new bridge in January 2015.

WDBA began the procurement process to select a private-sector partner to design, build, finance, operate and maintain the bridge project in July 2015.

WDBA issued a request for proposals inviting proponents to submit proposals to design, build, finance, operate and maintain the construction of the bridge over the Detroit River in November 2016.

The project also involves the construction of a cable-stayed bridge deck made of steel and concrete, which runs outwards over the river.

Situated on 53ha, the Canadian port of entry (POE) will be equipped with border inspection facilities for passenger and commercial vehicles, as well as maintenance facilities and the tolling operation.

The US POE will be situated on a 60ha area, which will also include border inspection and maintenance facilities, along with tolling operations.

The Michigan Interchange will have connecting ramps to and from the US POE. It will comprise the addition of four new crossing road bridges, five new pedestrian bridges, and four bridges crossing the railway and connecting the I-75 to the US POE.

The balanced cantilever method will be applied in the construction of the Gordie Howe International Bridge.

Canada has spent more than $100m on-site preparations for inspection plaza and perimeter road on the Windsor side.

The preparatory works for bridge construction on the US POE side included the relocation of communications and electrical transmission utilities systems and the demolition work in conjunction with property acquisition.

Construction of foundations for the main bridge, test piles and syphon work at I-75, as well as geotechnical exploration, began in July 2018. The official start of construction began in October 2018.

Amico Infrastructures was awarded a $60m contract for early preparatory works at the Gordie Howe International bridge site in September 2015.

WDBA selected BridgingNA, a partnership led by Fluor and ACS Infrastructure Canada, for the design, construction, finance, operation and maintenance of the Gordie Howe International Bridge.

WDBA placed a $61m contract with Markham-based Parsons, which acts as owner’s engineer for the Gordie Howe International Bridge project.

Prysmian Cables and Systems Canada were awarded the contract for the supply of cable and accessories under phase two of the preparatory activities at the Canadian POE.

Valard Construction was awarded the contract for transmission lines relocations while AMS, a joint venture of Amico Infrastructures and Mid-South Contractors, was selected for the distribution line relocation.

The Gordie Howe Bridge is expected to address the regional transportation requirements at the busiest Windsor-Detroit trade corridor. It will provide highway-to highway connections, a new crossing, and modernised border processing facilities.

The new bridge will not only enhance trade and tourism between Canada and the US but also encourage economic activity in southern Ontario and improve transportation efficiency between Ontario, Quebec and Eastern Canada.

The project will provide economic benefits for the region by creating 2,500 jobs.