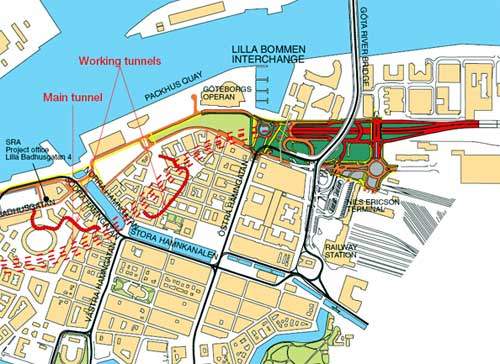 Map showing the area of G&#246;taleden with the route of the new road tunnel. 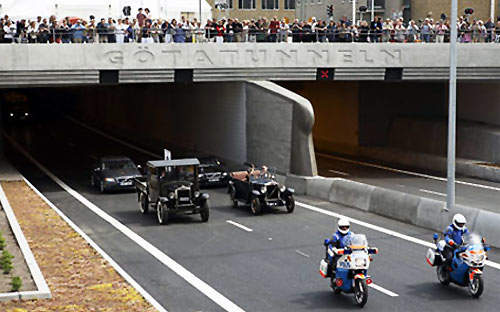 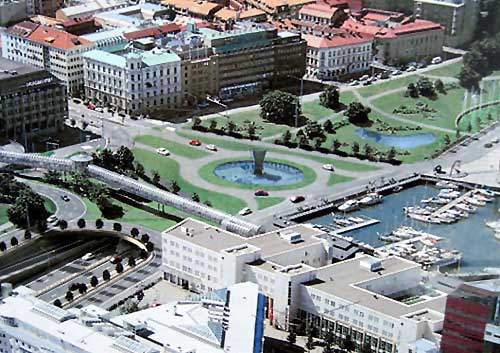 Gothenburg Opera House, which will be linked to the city centre once the S&#246;dra &#196;lvstranden area has been developed. 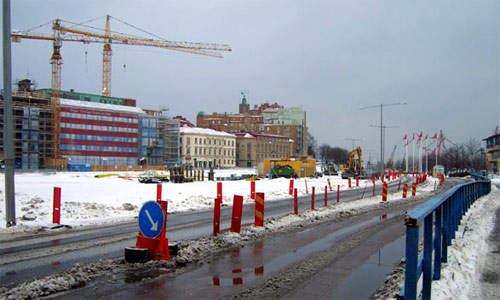 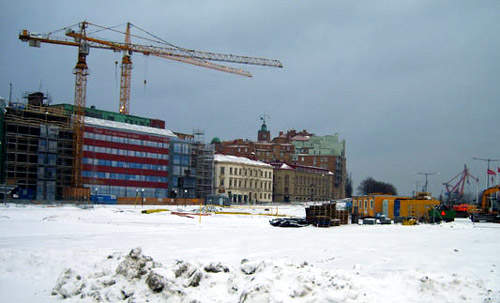 The Göta Tunnel is part of the wider-reaching Götaleden Project, one of Sweden’s largest urban environment developments. Götaleden is part of Highway 45; it is a road 3km long, of which 1.6km is the new Göta Tunnel.

The road carries 65,000 vehicles each day under Södra Älvstranden (the South Bank), an area being redeveloped for residents and tourists that reestablishes a direct link between the city and the sea. In the 1960s, Gothenburg was the shipping capital of the world.

The Göteborg Agreement 2000 was designed to boost the development of the region by improving traffic safety, the environment and accessibility to the centre of the city. The tunnel opened to traffic late in 2006. Götaleden is the most extensive project in the Göteborg Agreement.

“The Göteborg Agreement 2000 was designed to boost the development of the region by improving traffic safety, the environment and accessibility to the centre of the city.”

The Göta Tunnel passes under the centre of Gothenburg where the city’s oldest buildings are located. The route chosen enabled the tunnel to be bored through rock rather than clay, which would have cost more than a rock tunnel.

The concrete tunnels were constructed insoil largely made up of loose marine clay. The foundation shafts at the interchanges between rock and concrete tunnel are very deep – up to 20m.

Blasting for the centre section of the Göta Tunnel was completed in November 2004. To ensure the tunnel is watertight (only 15l of water a minute leaks into the entire tunnel), it was preinjected.

Over 70 x 19m long holes were drilled outside the proposed tunnel – these holes were then filled under high pressure with cement, which spreads into the natural cracks in the rocks, forming a watertight screen. After the blasting, loose stones were removed and the rock was reinforced with 4m bolts. The walls and roof were sprayed with fibre-reinforced concrete.

This 400m section of the tunnel was the most complicated. Thousands of piles were driven under the base of the tunnel to prevent it settling or pushed up by the ground water. The longest piles were over 50m long.

Buildings had to be supported temporarily where the concrete tunnel ‘collided’ with the rock foundations. Temporary foundations, using joist hangars, were used while the buildings above-ground continued to be used.

This section of the tunnel is 200m long. The ground was the old sea bed with loose clay down to depth of approximately 100m. Therefore powerful support structures were built around the tunnel at this point.

Casting diaphragm walls in concrete, rather than sheet-steel pile driving, was used here. In total, 200 sections were cast and heavy shores of steel piping were fitted between the side walls to enable the walls to withstand the pressure of the clay. Once the refilling was completed, the steel pipes were removed.

The tunnel is equipped with systems for traffic control, camera
surveillance, communication (radio and telephony), power supply, lighting, fire alarms, water drainage and ventilation. There are three operating centres in the tunnel that ensure effective power supplies and road management.

The cameras that monitor the tunnel are managed by the Swedish National Road Administration (SRA)’s Traffic Information Centre (TIC). In the event of an incident, the TIC is alerted and, using cameras and other equipment which are automatically activated at the right place, can take the appropriate action. Motorists can contact the TIC from inside the tunnel using emergency telephones and assistance buttons. The maximum speed limit in the tunnel is 70km/hr.

With the traffic running under the city, through the Göta Tunnel, traffic safety improved dramatically. Above-ground, the traffic noise was eliminated, along with vehicle fumes.

“Only 15l of water a minute leaks into the entire tunnel.”

Södra Älvstranden, where the road used to run, is to be transformed in an attractive area for residents and tourists, with space for new residential developments, walkways along the river, cycle tracks, cultural and maritime centres, shops, cafés, restaurants and a direct link between the city centre and the Göteburg Opera House.

When completed, an extension to an existing tram route will be laid to further aid in the accessibility of the new area.