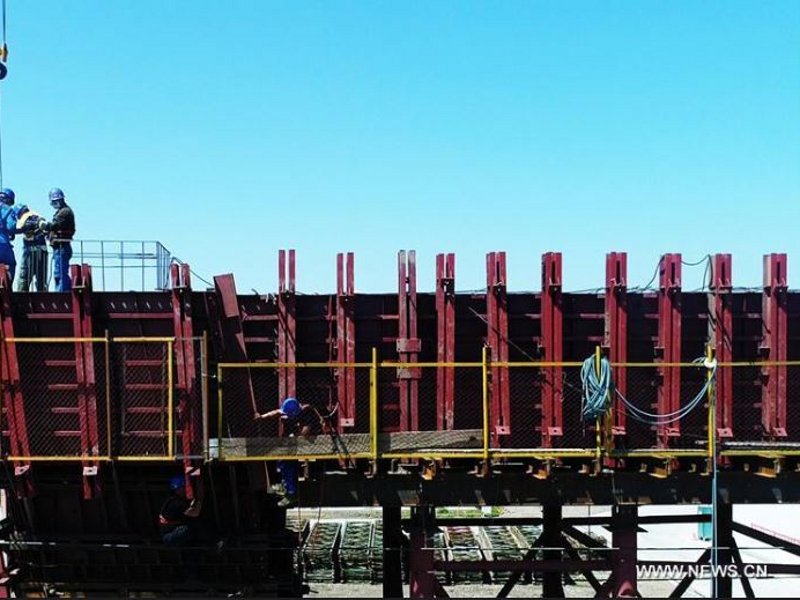 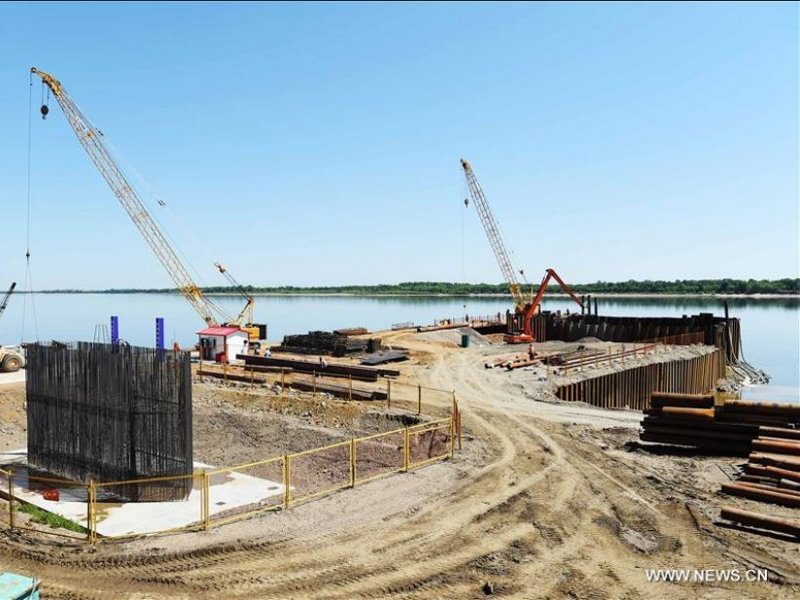 The project includes construction of a 19.9km-long international highway between China and Russia. Images courtesy of Xinhua/Wang Jianwei. 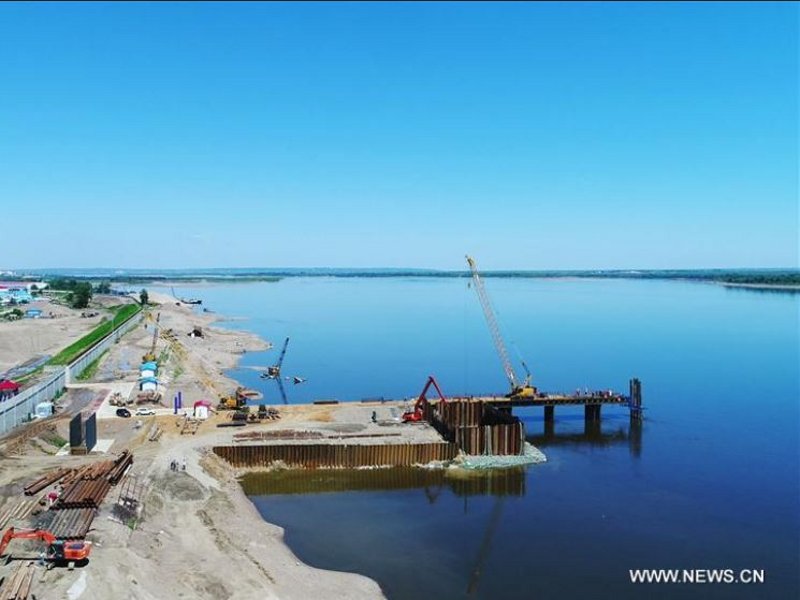 The Heihe-Blagoveshchensk Heilongjiang project encompasses the construction of a 19.9km-long international highway along with a river bridge to connect China with Russia. It will include a 1.28km railroad bridge over the Heilongjiang River, also known as Amur River in Russia.

The international highway will connect Jilin-Heilongjiang expressway in China to a highway in Blagoveshchensk, Russia.

A 6.5km section of the highway is being built in China, starting in Changfatun, Heihe city, Heilongjiang Province, while the remaining 13.4km is being constructed in Russia from Canikulgan village, Blagoveshchensk.

The river bridge will be a low-pylon cable-stayed bridge (called Amur Bridge in Russia), which will connect Heihe and Blagoveshchensk. Spanning 147m and 14.5m-wide, the cable bridge is supported by a Y-shaped pier over the Heilongjiang River.

The project was first proposed during 1988 and an intergovernmental agreement for the same was signed in August 2015 following a prolonged negotiation between the two countries.

A joint venture (JV) between China and Russia is responsible for the design, construction, operation and management of the project. The JV will operate the highway and bridge for 20 years, as well as collect tolls to pay back the construction loans.

The construction was commenced in December 2016 with completion scheduled for October 2019.

Design and construction of the river bridge

The bridge is being constructed using the incremental launching method. It features steel-concrete composite beams, which combines the advantages of both steel and the concrete. High steel girders and steel bolts are being used in the construction to withstand temperature variations.

Weathering steel is being used for the main beam and bridge tower to reduce material loss and maintenance costs.

Multi-point pushing technology is being employed in the construction of the main bridge and the side-span steel beam.

The foundation of the beam is made using the cost-saving reinforced concrete expansion pile head technology. The pier of the main bridge is protected by steel-coated composite material.

Care is taken in both the design and construction to minimise the bridge’s impact on the Heilongjiang River’s ecosystem.

Software used in the construction of Heihe-Blagoveshchensk Heilongjiang highway bridge

ProStructures, a steel and concrete structure design software from Bentley, is employed to save working days and material thereby increasing the efficiency.

Additionally, the ContextCapture product is being applied for digital terrain modelling and site planning.

Benefits of the highway bridge connection between China and Russia

The Heihe-Blagoveshchensk Heilongjiang highway bridge will facilitate trade along China-Mongolia-Russia economic corridor and further enhance the prospects of the Silk Road Economic Belt.

The trade route to far-east Russia will be shortened by 3,500km upon the opening of the route.

The bridge will serve approximately 1.4 million passengers by 2020, which is roughly triple the current passenger volume. Upon completion of the project, the volume of cargo transport is expected to increase by ten times, to three million tonnes.

The current volume of trade between the two countries exceeds $100bn, which is expected to witness further increase.