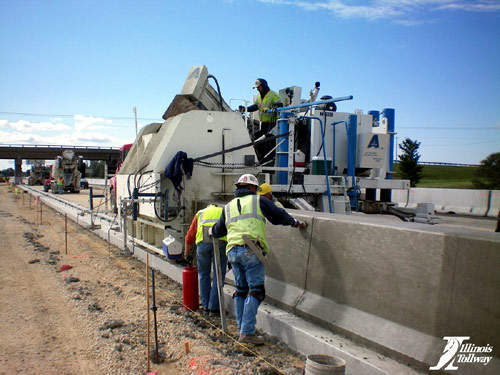 A concrete barrier wall is constructed on the Jane Addams Memorial Tollway, as part of the I-90 widening project. 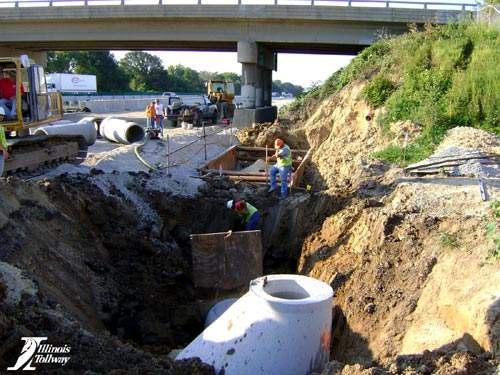 Drainage structure installation on the eastbound I-90 near Spring Creek Road. 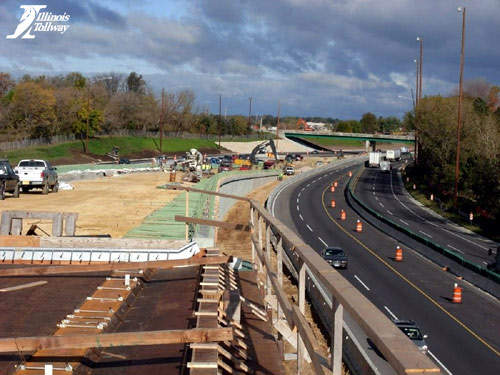 A wall is being constructed at the Cherry Valley Interchange as part of its reconstruction and reconfiguration. 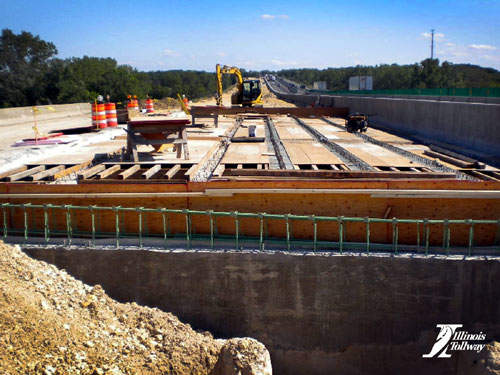 Crews work on the Burr Oak Bridge deck on the I-90.

The 14.3 mile-long, single-lane section is being widened to three lanes in both directions to provide traffic-clogging relief for travellers. The project is estimated to cost $180.2m.

In 2004 Illinois Tollway approved a comprehensive development plan known as the Congestion-Relief Program for the purpose of modernising roadways, with a budget of $6.3bn during the period from 2005 to 2016.

The Jane Addams Memorial Tollway is a 79-mile segment of the I-90. The tollway begins at the intersection of the Kennedy Expressway (I-90) and the I-190, and runs west to Rockford and north to just below the Wisconsin state line. Ongoing projects on this tollway are the I-90 mainline Reconstruct & Widen Project and the Cherry Valley Interchange Reconstruction Project, which are both part of the Congestion-Relief Program.

“The 14.3 mile-long, single-lane section is being widened to three lanes in both directions to provide traffic-clogging relief for travellers.”

The project is undertaken by the Illinois State Toll Highway Authority (Illinois Tollway), the state-owned entity run by the Governor of the State of Illinois and the Illinois Department of Transportation's head, along with nine other board directors.

The collection of tolls, maintenance of tollways, construction of new tollway roads and restructuring of existing tollway roads are the principal duties of the agency.

The general contractor for the project is Rockford Blacktop Construction and the subcontractor is Rock Road Companies.

The I-90 reconstruction started in 2007 and was scheduled for completion within two years. The project is being executed as scheduled and the completion date is expected to be November 2009.

“The project is being executed as scheduled and the completion date is expected to be November 2009.”

In 2007, the advance construction works from Newburg Road to Rockton Road were completed. Restructuring and widening works in the eastbound lanes from the South Beloit Toll Plaza to State Street were completed in 2008. During the same year, the restructuring and widening works were also completed between the South Beloit Toll Plaza and Rockton Road.

Construction works in the westbound lanes from Newburg Road to the South Beloit Toll Plaza were completed in 2009.

“Lane closures took place mostly during the night and occasional closures were done during the day.”

There are eastbound and westbound mainline bridges along the roadway, all of which have been restructured and reconfigured as part of the road-widening project.

All the entrance and exit ramps were kept open during the construction process.