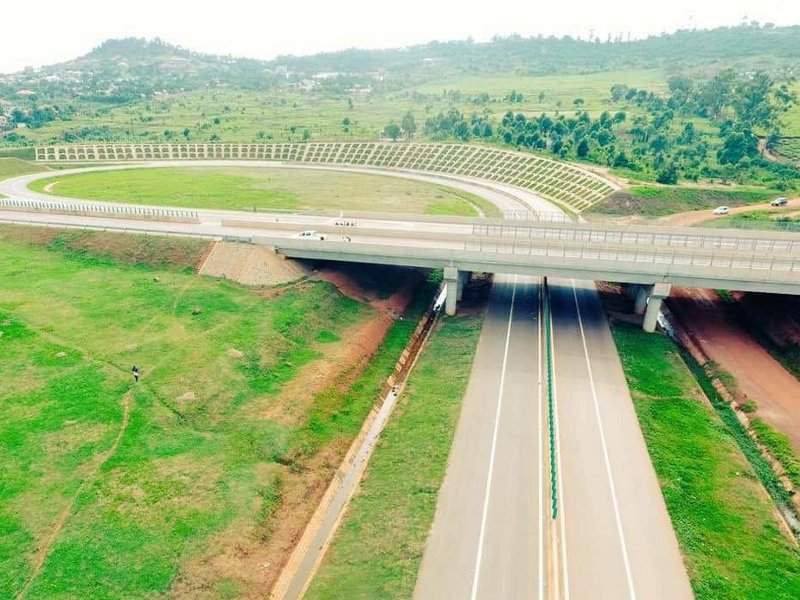 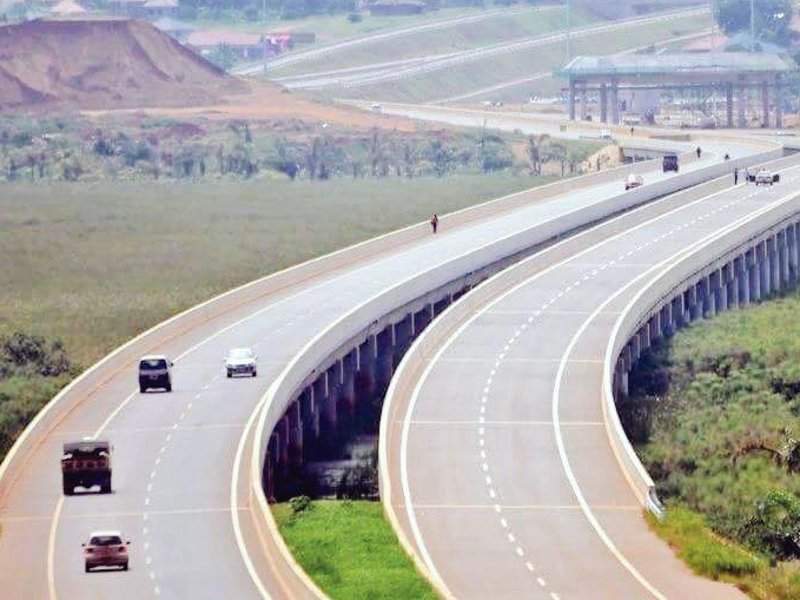 The Kampala-Entebbe Expressway was opened to traffic in June 2018. Credit: Ministry of Works & Transport. 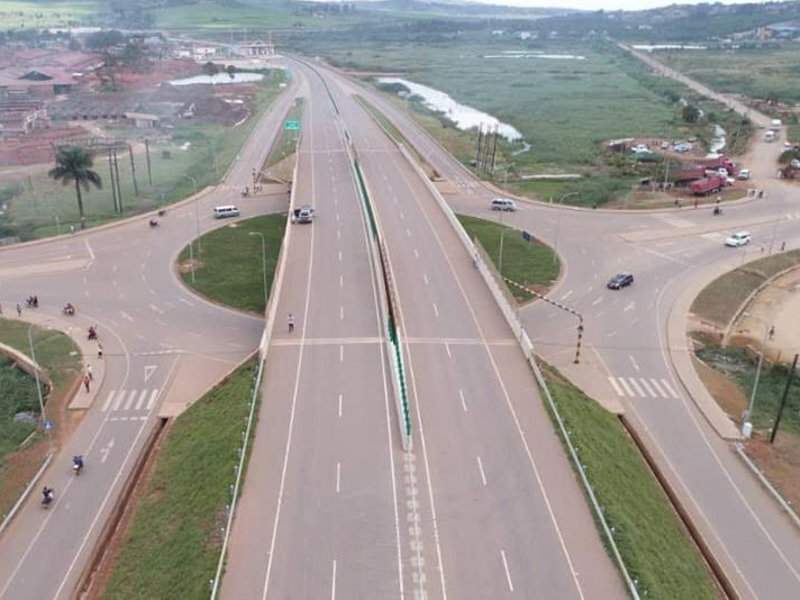 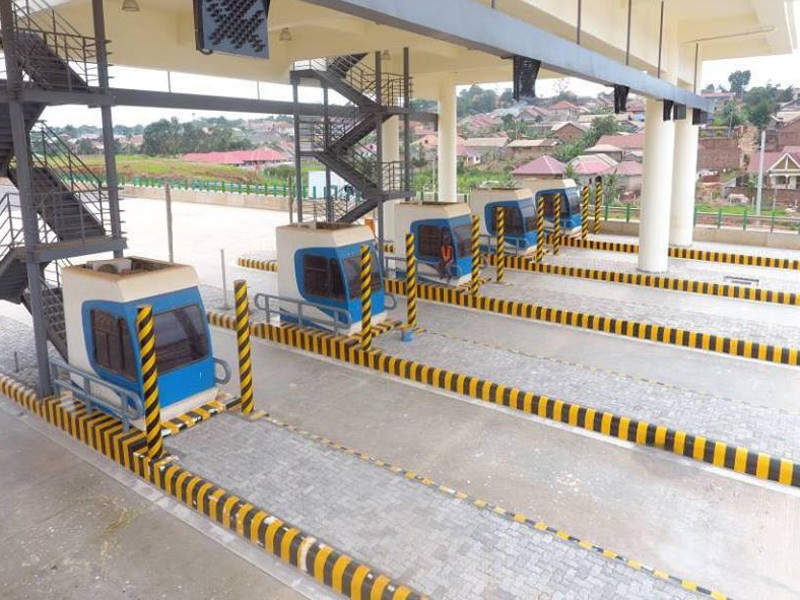 Three toll plazas have been built on the Kampala-Entebbe Expressway. Credit: Ministry of Works & Transport. 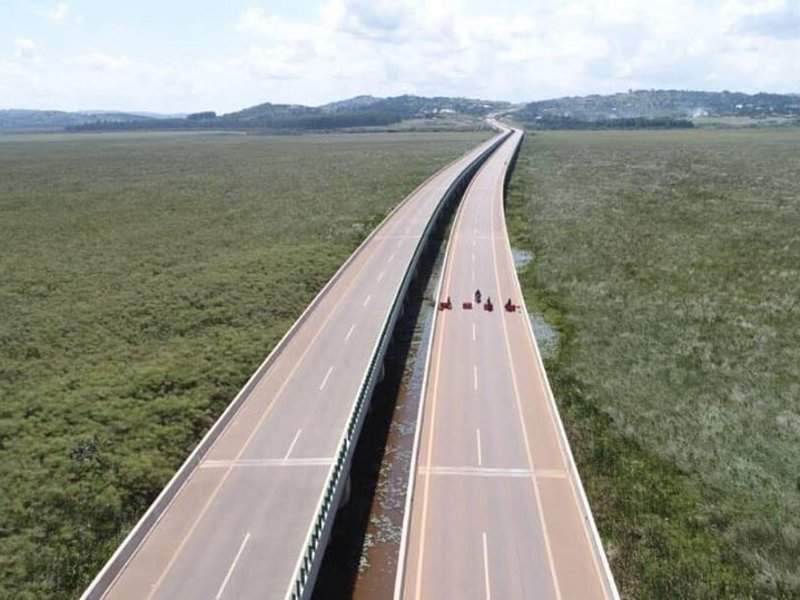 Developed and maintained by the Uganda National Road Authority (UNRA), it is the first-ever toll road in the country.

The Government of Uganda (GoU) began consultation with the Government of the People’s Republic of China for the expressway project in 2009, which aims to improve traffic conditions on both bypass and distributor roads in urban areas, as well as enhance urban development.

Construction on the $476m expressway began in July 2012 and the road was opened to traffic in June 2018.

The Kampala-Entebbe Expressway has two lanes in each direction and comprises two road sections – a 36.94km-long section and a 12.68km-long link road. The speed limit on the expressway ranges between 50km/h and 100km/h.

The 36.94km-long section is further divided into two parts. The first 24.9km stretch of the section originates at a point on the Kampala Northern Bypass between Busega and Masanafu intersections and runs along the new route before ending at Abayita Ababari Interchange.

The 12.04km section starts at Abayita Ababari Interchange and runs along the existing Kampala-Entebbe road, of which 7.4km was widened and 4.64km upgraded.

The 12.68km-long link road starts from the highway at Kajjansi Interchange and runs eastwards before ending at Munyonyo.

Bridges and interchanges on Kampala-Entebbe expressway

The toll road has four interchanges at Busega, Kajjansi, Mpala and Lwaza. It also features 19 overbridges and 18 underpasses to provide access to the area around the road.

Two suspension bridges, measuring 200m and 500m in length, were built over the Lubijji swamp in Busega and on the highway near Kyengera, respectively.

The highway also boasts of a 75m-long bridge at Kajjansi and a 1.45m-long suspension bridge over the Nambigirwa swamp. The Nambigirwa bridge is supported by 240 pillars installed to a depth of 55m and has a lifespan of 100 years.

The Kampala-Entebbe Expressway project was jointly funded by the GoU and the Export-Import Bank of China (Exim Bank).

The GoU provided up to $126m, while the remaining $350m was funded by the China Exim Bank through a preferential buyer credit loan agreement signed with the GoU in May 2011. The credit loan is repayable over a period of 40 years.

The GoU also agreed to pay an additional $40m as compensation to the landowners along the route of the expressway.

UNRA engaged the International Finance Corporation (IFC) of the World Bank as the transaction adviser for the project.

IMC Worldwide and Vetiver Associates were contracted by IFC to provide preliminary assessment for the toll road.

Benefits of the Kampala-Entebbe toll road

The new Kampala-Entebbe carriageway will ease traffic congestion, which is growing at an estimated annual rate of 4.5% due to increased motorisation in Kampala. It will reduce the travel time for motorists driving from Kampala to Entebbe to 30 minutes as compared to 120 minutes using the existing narrow and congested Kampala-Entebbe road.