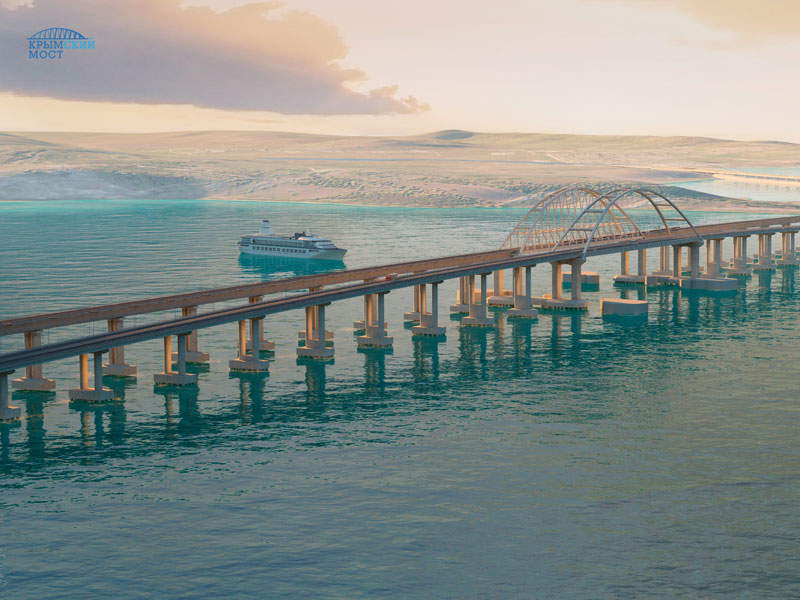 The Kerch Bridge is a 19km road-rail bridge being constructed between Kerch Peninsula in Ukraine and Russia’s Taman Peninsula. Credit: Most.life. 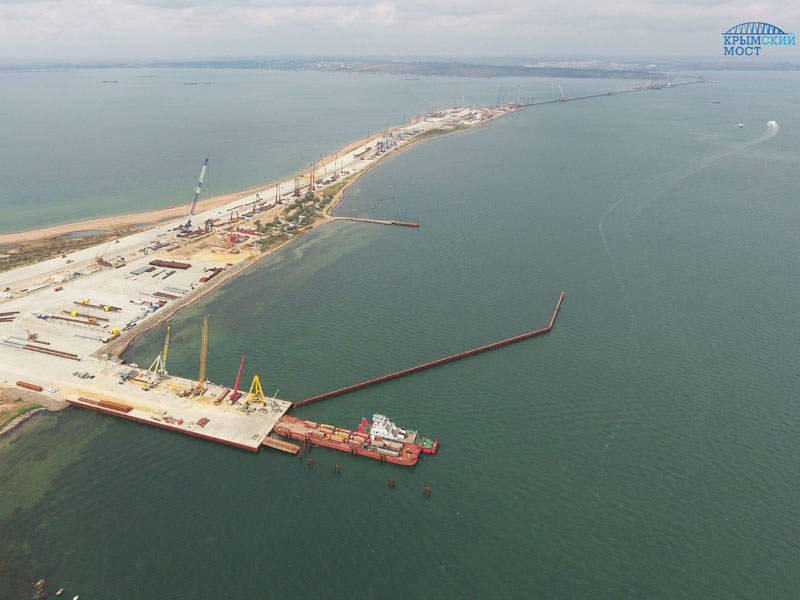 The bridge is estimated to cost RUR227.92bn ($3.5bn approximately) to construct. Credit: Most.life. 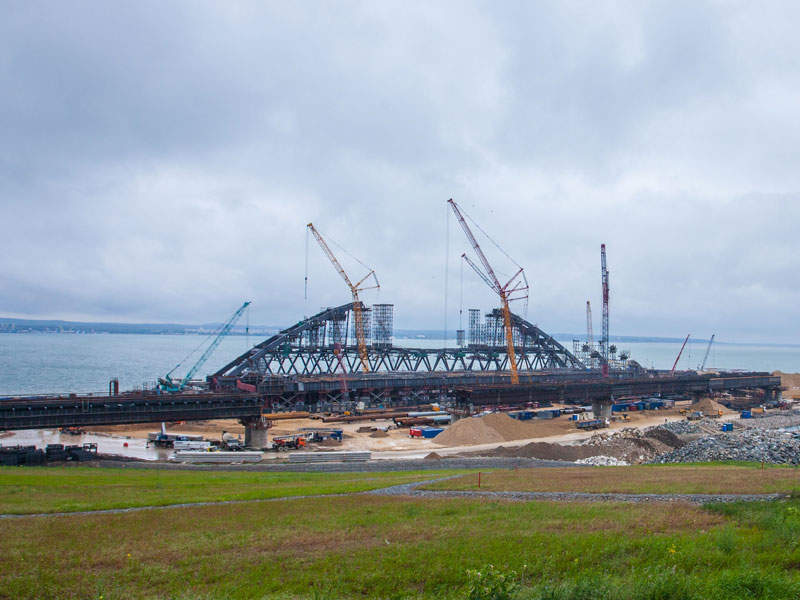 The steel support arch is 227m long and was installed in 2017. Credit: Most.life. 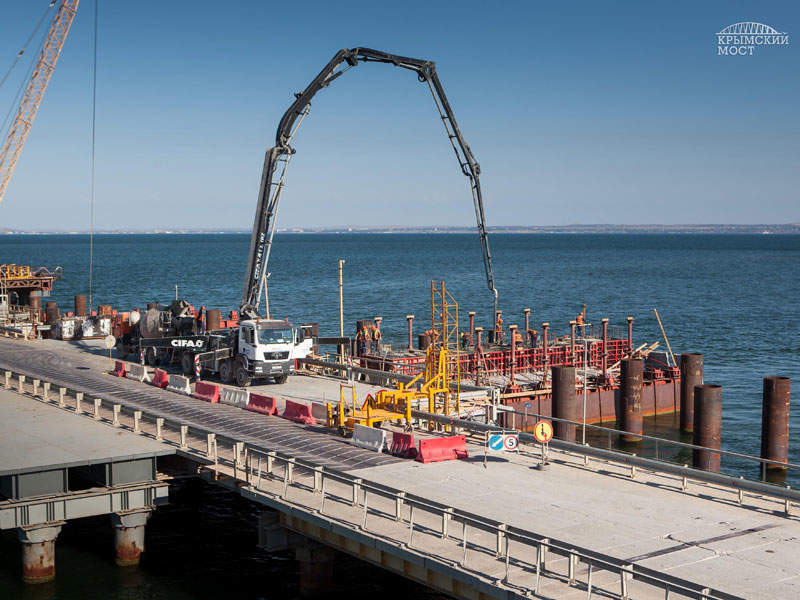 The Kerch Strait Bridge is a 19km parallel road-rail bridge connecting the Kerch Peninsula of Crimea, Ukraine, to the Taman Peninsula of Krasnodar Krai, Russia. It is one of the biggest bridges being developed in the country.

The Russian Federation is developing the Kerch Strait Bridge at an estimated cost of RUR227.92bn (approximately $3.5bn), according to July 2016 estimates.

The State Corporation ‘Bank for Development and Foreign Economic Affairs (Vnesheconombank)’, the Russian Transport Ministry, and the Ukrainian Transport and Communications Ministry signed a memorandum of understanding in November 2010 for the construction of a transport crossing over the Kerch Strait.

The agreement between the Russian Federation and Ukraine to construct a co-operative transport crossing project over the Kerch Strait was formalised in December 2013.

The route of the bridge starts on Taman Peninsula and traverses through the existing 5km dam and the island of Tuzla. It then crosses the Kerch Strait and enters the Crimean coast via cape Ak-Burun.

The project includes the construction of two parallel structures, namely a four-lane road and a double-track railroad. The car route (road) comprises four strips, allowing a speed of up to 90km/h.

Passenger trains are expected to run at a maximum speed of 120km/h, while freight trains will run at 80km/h.

The project features a 227m-long steel arch support, which is 35m-tall and does not pose any obstruction to the ships passing underneath the bridge.

The construction of the bridge connecting Crimea included the participation of approximately 20 Russian construction companies.

The bridge construction has utilised more than 7,000 piles of three types and more than 12.5Mt of construction materials. It stands on pillars with foundations for structures at a depth between 50m to 94m, with more than 100 steel tubular piles.

The first beams for the Kerch bridge span structures were shipped from Voronezh, along with the start of construction of the bridge towers in the offshore areas in May 2016. More than five million tonnes of cargo was delivered to the Kerch Bridge by June 2016.

Construction of the first marine bridge support was completed in September 2016, during which the construction of main support infrastructures on both sides of the Kerch Strait was also completed.

Piling works on the foundations of 46 road and rail supports for the first section of the bridge between the shoreline and the Tuzla scythe was completed by October 2016.

The first stone-laying ceremony for the road connecting to the bridge across the Kerch Strait was conducted in February 2017.

Construction of the fairway started in May 2017, and more than 5,100 piles, 48,000t of harvested superstructures, and approximately 7,800t of steel shipping arches were shipped by June 2017.

The 10t fairway support arch was transported and mounted in through a naval operation. Installation of pile foundations for the rail segment was completed by June 2018, and the first rails were laid in July 2018.

Stroigazmontazh was awarded the contract for designing and building the bridge across the Kerch Strait by the Ministry of Transport of the Russian Federation in February 2015. Stroygazmontazh established SGM-Most for implementing the bridge construction.

Voronezhstalmost is the supplier of steel structures for the project, while DSK was engaged to improve the access roads to the bridge on both sides of the Kerch Strait.