Bridge financed 55% by a ¥7,546 million loan over 25 years at 3% from the Japan Bank For International Cooperation, remaining 45% provided by the Thai Government
Expand 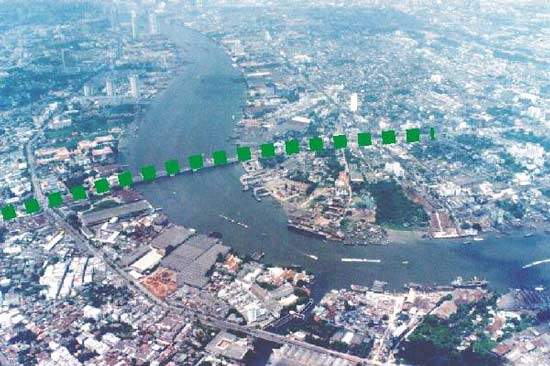 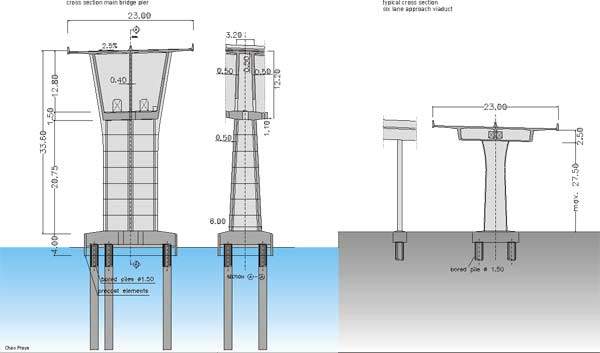 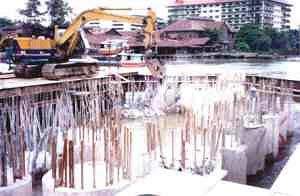 Cross section of the piers and piles. 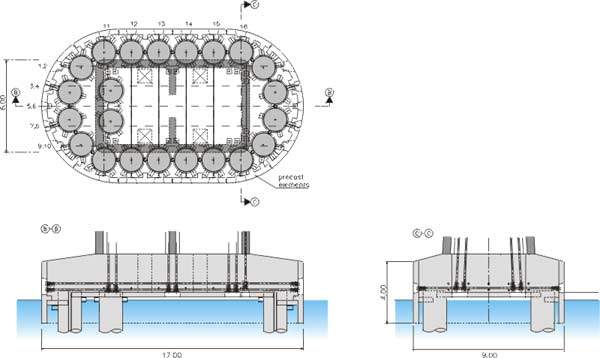 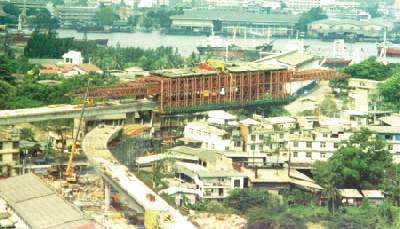 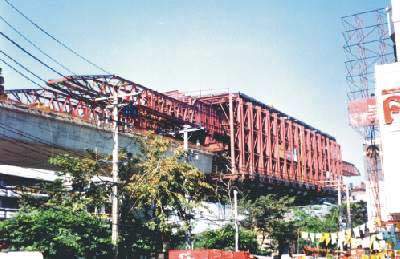 An aeriel view of the Krungthrep Bridge construction. 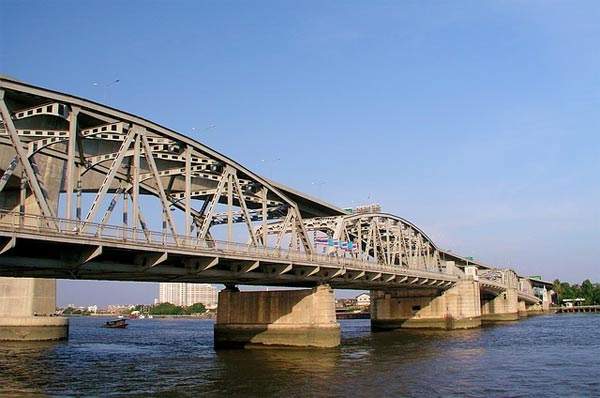 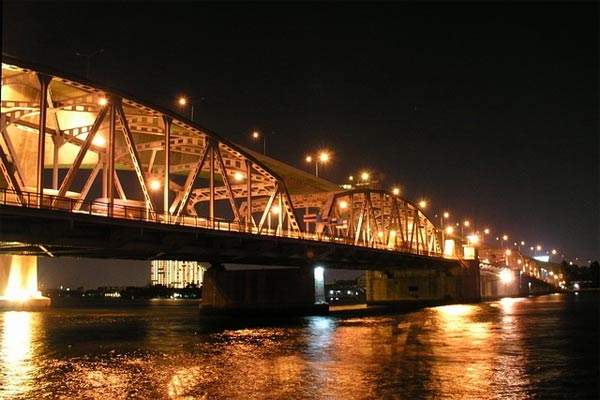 The New Krungthep Bridge Project in Bangkok, Thailand, involved the construction of a new bridge just upstream of the existing Krungthep bridge, crossing the Chao Phraya River in the middle of the city. The project also involved the construction of ramps up to the new bridge and the rehabilitation of the existing bridge. The project started at Rachadapisek Road on the Thonburi side and ended at the Rama III Road on the Bangkok side with approximately 3.6km of roadway.

The contract for the project was first awarded by the Bangkok Public Works Department in August 1996 and work started in October 1996. The entire project was completed by October 1999, with a total construction time of 1,125 days. This was the tenth bridge crossing the Chao Phraya River in the city of Bangkok, the first being built in 1932.

The bridge itself is a cast-in-situ concrete box and crosses the river using the free cantilever method. The unsupported span between the two towers is 226m and the two spans on either side of the central one are 125m. The depth of the box girder varies from 12.5m at the piers to a minimum of 2.5m at mid-span. The bridge width is 23m, adequate for three traffic lanes in each direction.

The piers were designed and constructed as hollow columns, each with 22 bored piles supporting them. The piles have a diameter of about 1.5m and go down 55m in depth. The minimum clearance of the bridge in the navigation channel is 32m.

The contractor decided to build the bridge using the unbalanced cantilever method for reasons of speed and cost. Casting of segments was done by alternating in each direction from the pier, rather than simultaneously as with a balanced cantilever method. The unbalanced moment is kept as low as possible by starting with a ‘short’ segment of half the length of the maximum segment.

“The bridge alleviates traffic congestion on adjacent sections of the road system and was designed to carry 127,000 vehicles per day by 2011.”

The bridge was constructed section by section. Approximately every fifth working day, a 2.5 to 5m-long segment was cast on a travelling formwork, supported from the previously completed section by the form traveller. The form traveller itself is a scaffold/formwork system which can be an above or below running system, fixed to the already finished superstructure and moving by itself from one segment to the next. Depending on the design, the load capacity of the form traveller is between 300t and 450t of fresh concrete.

The bridge viaducts include approach viaducts along the main alignment as well as ramp viaducts connecting the approach viaduct with Taksin Road on the Thonburi side and Charoen Krung Road on the Bangkok side. The approach viaducts were constructed in box sections, each with a depth of 2.5m. Where there are six lanes, the width is 23m although at the abutments this narrows to four lanes with a width of 16.5m. The span lengths vary from 45 to 48m, with the end spans set at 35m. The superstructure is post-tensioned longitudinally as well as transversally.

DYWIDAG Systems International was responsible for the pre-stressed concrete systems on the bridge. The Norwegian Geotechnical Institute advised all of the parties involved in the construction over the soft bed of the river and problems associated with the bridge foundation.

The bridge was 55% financed by an ODA loan from Japan provided by the Japan Bank of International Cooperation over a period of 25 years at 3% interest in the amount of ¥7,546m. The remaining 45% of the finance was provided by the Thai Government from their infrastructure budget, but this was difficult for the Thais as their currency had been devalued at the time of the project.