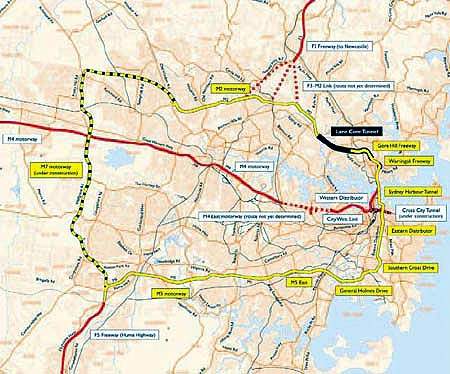 The Lane Cove Tunnel is a key link in Sydney's orbital motorway network. 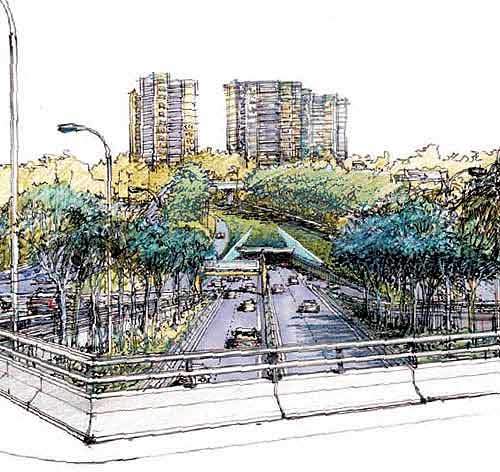 Artist's impression of the entrance / exit road from the Lane Cove Tunnel. 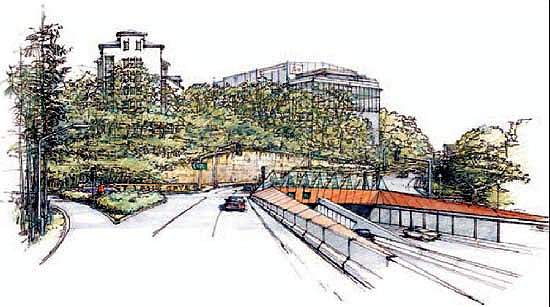 Looking east at the junction of Epping Road and Mowbray Road West in Lane Cove, with the western portals of the tunnels on the right. 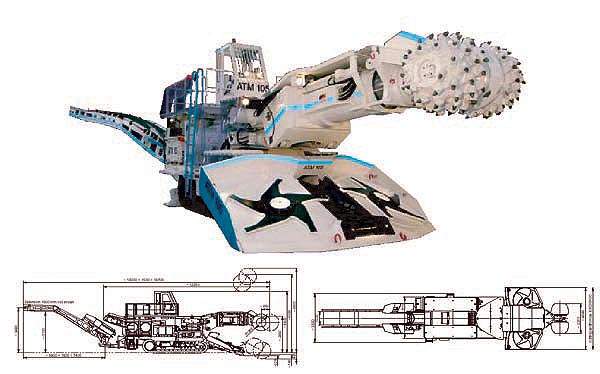 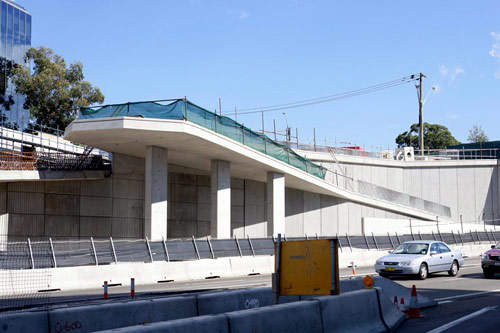 One of the pedestrian and cycle ramps installed as part of the project. 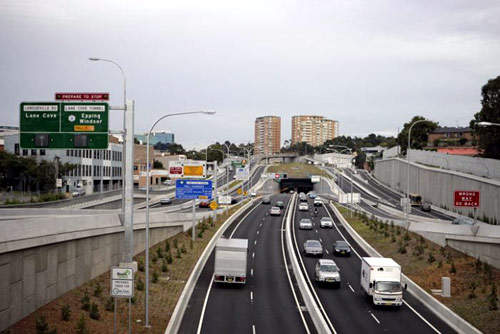 The eastern end of the tunnel, which begins as two lanes and then turns into three. 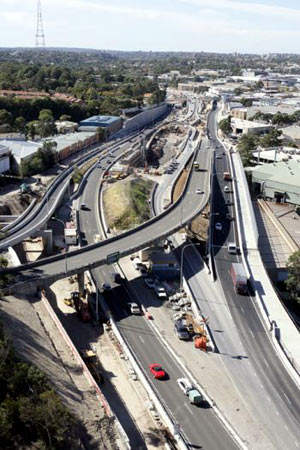 The Gore Hill Freeway has an additional new lane in each direction to act as transit lanes.

Over 100,000 Sydney commuters use the tunnel daily. The tunnel has completed the final link in the Sydney orbital network.

In May 2010 the tunnel was sold for $630.5m to Transurban which owns and operates several other toll roads in Sydney. Transurban will be responsible for operating the tunnel until 2037. Connector Motorways, former operator of the tunnel, had gone into receivership in January 2010 after a series of losses.

Tunnel entrances are located at Epping Road, near Mowbray Park, and the Gore Hill Freeway east of the Pacific Highway. The tunnels run beneath and slightly to the north of Epping Road. The eastbound tunnel begins as two lanes, becoming three lanes from approximately 1.1km into the tunnel. This lane carries traffic to an exit for the Pacific Highway and a new transit lane on the Gore Hill Freeway.

The westbound tunnel is three lanes wide for almost its entire length; two lanes from the beginning of the tunnel on the Gore Hill Freeway with a continuous third lane from the connection of the Pacific Highway entry ramp traffic with the main tunnel. This avoids the need for the forced merging of traffic in the tunnel.

Journeys from the northwest to the City centre are now quicker with the Lane Cove Tunnel as the tunnel bypasses five sets of traffic lights. Motorists travelling between Falcon Street and the M2 do not have to go via the Pacific Highway and can bypass 26 sets of traffic lights. Congested intersections, such as Epping Road / Centennial Avenue, are also avoided.

The Lane Cove Tunnel links directly with a network of motorways including the Eastern Distributor. This makes trips to places such as Sydney Airport much quicker and more reliable. The tunnel also brings significant benefits for through traffic and the local community. Exhaust ventilation stations are located at Sirius Road, Lane Cove West and at Marden Street, Artarmon, with a fresh air intake situated midway along Epping Road. A Motorway Control Centre is located at Sirius Road, Lane
Cove West.

Seven roadheaders were used during tunnelling. Five of these were provided by Voest Alpine of Austria, and the other two were sourced from Mitsui. 650,000m² of Hawkesbury sandstone was cut and loaded during the construction period.

“The new cutting system used less than half the specific energy of earlier systems because of its reduced cutting speed and more effective cutting concept.”

Three Alpine Miner ATM 105-IC machines were used; these are extremely powerful boom-type roadheaders of the 100t+ class, which have proven their unique transverse cutting technology in hard rock applications worldwide. These machines have an extended field of operation for mechanised tunnelling in hard and abrasive rock formations and can cut a 9,100mm wide x 6,600mm high excavation. The cutting edges are on an extending telescopic boom that has a maximum cutting profile of 61m² when fully extended.

Each of the ATM 105-ICs wasequipped with Voest Alpine’s ICUTROC. This was the result of a joint research and development project that resulted in a superior, new grade of cemented carbide to increase the wear resistance and strength of the picks, as well as to combine this development with an optimised, adapted cutter head and machine system. The new cutting system used less than half the specific energy of earlier systems because of its reduced cutting speed and more effective cutting
concept.

The two Mitsui roadheaders were SLB300, which were slightly lighter than the ATM 105-ICs.

There were problems with the tunnelling in 2005 with part of the Lane Cove Tunnel roof collapsing and causing subsidence in properties above it. Remedial works were put into action by the Lane Cove council and the engineer Theiss John Holland and the properties were reoccupied in stages from January 2006. The tunnel roof was also repaired.

Westlink M7 – the final link in the orbital chain

In February 2003, the WestLink Motorway Limited consortium entered an agreement with the Roads & Traffic Authority to finance, design, construct, operate and maintain the Westlink M7 motorway for a total of 34 years, after which it will be transferred back to the government. The Federal Government contributed AU$356m towards the construction of this link with the remainder of the cost being met by the private sector. Now the Westlink M7 and Lane Cove Tunnels are operational, the Sydney orbital has become a continuous loop road.

Built at a cost of over AU$1.5bn, the contract to build, fund and operate the Lane Cove Tunnel was won by a private sector group, the Lane Cove Tunnel Company consortium (now known as Connector Motorways), backed by AU$542.8m of equity investments and AU$1,142m of debt finance – all of this debt finance expected to be raised on capital markets through the issuing of debt bonds.

“The project’s funding structure was unique – it represented the first toll road project to be financed exclusively by a debt capital markets funding solution.”

Other major equity investors included AMP Henderson, Westscheme and Motor Trades Association of Australia Superannuation Fund. In July 2004 it was announced that Hong Kong-based Cheung Kong Infrastructure Holdings had acquired a 40% stake in the consortium.

The project’s funding structure was unique – it represented the first toll road project to be financed exclusively by a debt capital markets funding solution.

Under the contract the consortium had to complete all work by 10 May 2007, and motorway tunnels and ramps were to be operated and maintained by the consortium for 33 years, until 10 January 2037.