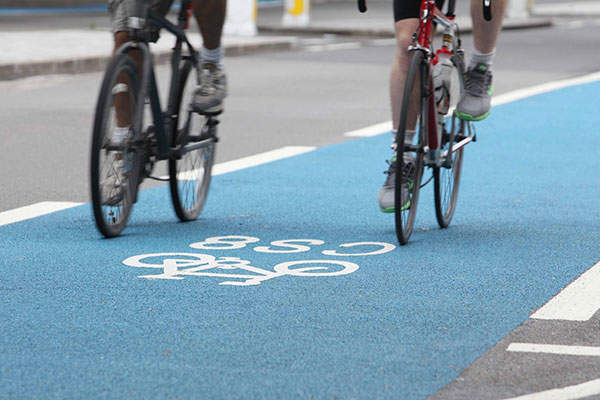 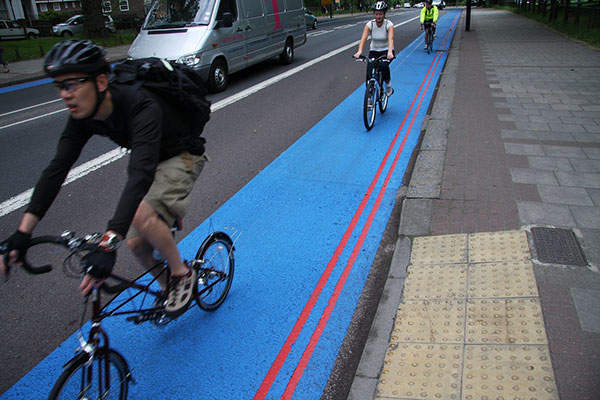 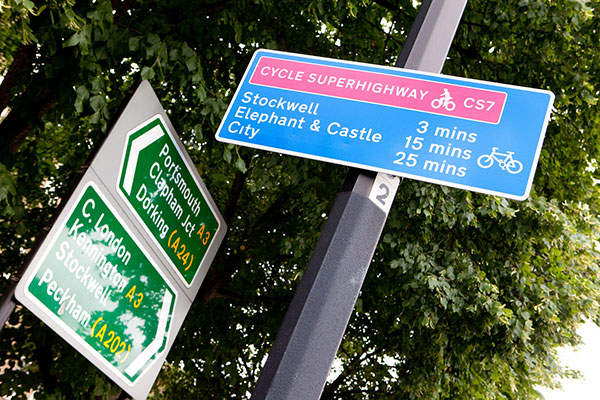 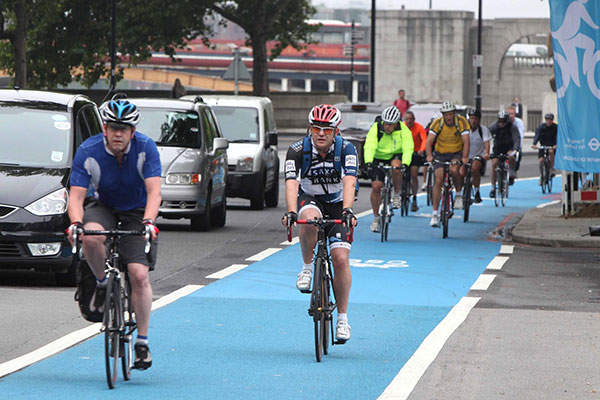 Cycle Superhighways (CS) are bicycle paths extending from external parts of London to central London. The bikeways, which ensure safer, quicker and more direct travels within the city, were developed under Transport for London’s (TfL) £4bn ($6.24bn) road modernisation programme.

The former Mayor of London, Ken Livingstone announced 12 new Cycle Superhighways in 2008. CS12 has been dropped from the programme, while CS10 has been replaced by a new East-West route. A new North- South (CS6) route has also been added to the scheme, increasing the total number of routes to 11.

CS1 (the city to Tottenham), CS2 (Stratford to Aldgate), CS3 (Barking to Tower Gateway), CS5 (Oval to Pimlico), CS7 (Merton to the City) and CS8 (Wandsworth to Westminster) are currently operational.

CS3 and CS7 were opened halfway through 2010, while CS8 and the first phase of CS2 were launched one year later. The extension of CS2 between Bow and Stratford was opened in November 2013. Work on CS1 and CS5  was completed by 2016.

The segregated tracks also include semi-segregations and mandatory cycle lanes, where segregation is not possible. The tackling junctions provide safe and comfortable conditions for cyclists, by separating them from other vehicular traffic.

The Cycle Superhighway 1 (CS1) runs between White Hart Lane in Tottenham, and Liverpool Street station. It was built between July 2015 and April 2016.

The Cycle Superhighway 2 (CS2) extends between Aldgate and Bow and was expanded from Bow Roundabout to Stratford town centre.

CS3 is a 12.3km cycle route running from Barking to Tower Gateway. Construction on the route was completed by March 2016.

CS5, which was completed by October 2015, runs from Oval to Pimlico, via the Vauxhall gyratory. The Cycle Superhighway 8 (CS8) links Wandsworth with Westminster.

The 28.96km-long east to west cycle superhighway (CS10) will connect Lancaster Gate with Tower Hill. An extension of the route to Acton has been proposed.

The 5km north to south cycle superhighway (CS6) will be a two-way cycle track running from Elephant and Castle to Stonecutter Street, near Holborn Viaduct.

Phased construction was carried out on different sections of the CS5 route. The final works on the cycleway at Vauxhall gyratory were completed in October 2015.

Construction for the north to south cycle superhighway (CS6) began in March 2015 and is expected to be completed by quarter three of 2017.

Construction of the first section of the CS11 from Swiss Cottage will begin by quarter three of 2017 and is scheduled for completion by 2018. Construction on the east to west superhighway is currently ongoing and is expected to be completed by the end of 2017.

Public consultations for the proposed CS4 and CS9 routes are currently underway and are scheduled to be completed by 19 November 2017 and 31 October 2017, respectively.

Carillion Construction was awarded a contract to construct the CS8. Carillion sub-contracted FM Conway for the installation of the new route surfaces and associated sub-systems.

Skanska Construction was contracted by TfL to construct the CS2. Blu-3 (UK) was sub-contracted by Skanska for providing fully integrated utility services for the project.