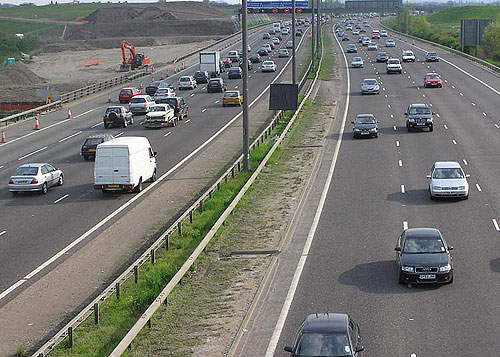 The UK's M25 motorway is sometimes known as the London orbital. The 188km motorway around London and is one of the longest and busiest orbital roads in world. 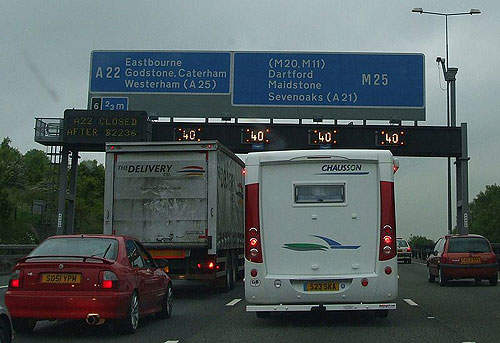 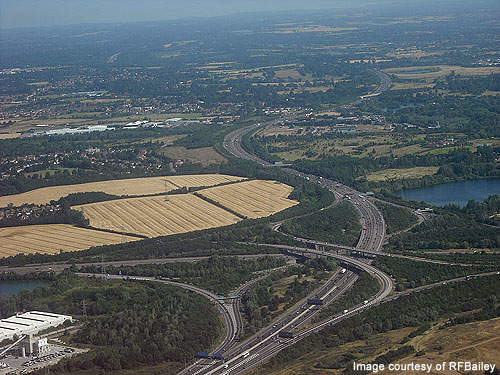 The M4/M25 motorway junction, near Heathrow Airport. The road was built as a three-lane motorway and later widened to four, five and six lanes. 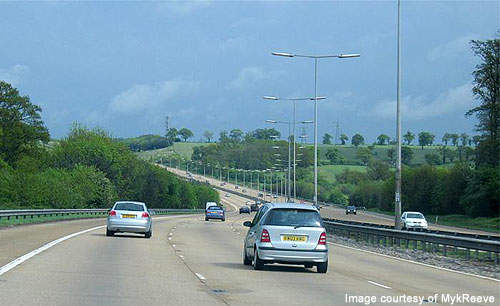 Improvements to the A30 carriageway began in January 2011 and were completed by April 2011. 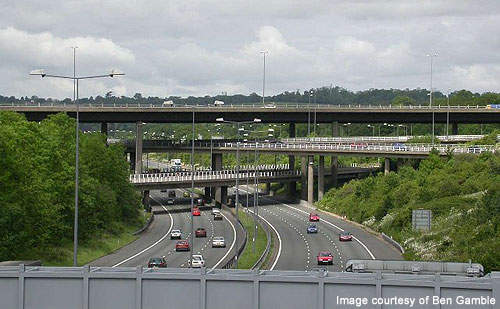 The 188km motorway around London is one of the longest and busiest orbital roads in world.

Since opening, the M25 has undergone a number of widenings and expansions. Serco operated the M25’s north and south-east sections for few years. The most recent widening plan was proposed in 2009. A design, build, finance and operate (DBFO) contract worth £6.2bn to widen junctions 16 to 23 and 27 to 30 was awarded to Connect Plus, a consortium. As part of the concession contract the consortium will maintain the motorway for 30 years. The project covers a length of 63km. The first widened section was opened in May 2012.

Other proposed developments on the motorway included the introduction of hard shoulder running in the section of junctions 5 to 7 and 23 to 27. This safety facility allows the motorway users to get out of the flow of traffic in emergency situations. Improvements at junction 30 were carried out in 2013.

Improvements to the A30 carriageway began in January 2011 and were completed by April 2011. Upgrades of electronic lane control signing from junction 7 to 10 were completed by the end of 2010. A smart motorway between Kent and Surrey, whose construction started in May 2013, was opened in April 2014.

The construction work between junctions 23 and 27 began in February 2013 and is scheduled to be completed by the end of 2014.

The construction of M25 around London was first proposed in early 20th century. In the 1960s, Greater London Council developed a plan to construct network of ring roads around the city. The plan caused controversy related to demolitions and high costs. The existing plan was modified in order to overcome opposition from local residents.

Construction began in 1975 and completed in 1986. Work was not carried out in contiguous manner, but by gradually linking the completed sections. The motorway cost £631.9m.

By the 1990s, the M25 was carrying 200,000 vehicles a day while it was designed to carry just 88,000 vehicles. In 1990, the UK transportation department announced plans to widen the motorway. It included widening of the junctions 2, 3, 5, 6 and 7, and junctions 27 to 30 to four lanes, and junctions 1B to 2 to three lanes. It also included improvements to A30, upgrade of electronic lane control signing from junction 7 to 10 and construction of a motorway service area between junctions 9 and 10.

“The 188km M25 motorway around London is one of the longest and busiest orbital roads in world.”

Widening of the section between junctions 8 and 10 from six to eight lanes began in 1995 and cost £93.4m. In the same year motorway incident detection and automatic signalling (MIDAS) systems were installed from junction 10 to 15 and later extended to junction 16. The total cost incurred on the installation was £25m.

The widening was carried out as dual five lanes and six lanes between junctions 12 and 14, and junctions 14 and 15 respectively. Work began in 2003 and was completed in 2005.

Refurbishment of M25 Holmesdale tunnel and junction 25 began in May 2006 and completed in September 2007. The works included replacement of lighting, ventilation equipment, cladding of tunnel and widening of the junction to three lanes through the tunnel. The refurbishment had cost approximately £75m.

The M25 consists of a total of about 260 under / over bridges. Some of the notable bridges include the Lyne railway bridge, the New Haw viaduct, the Runneymede Bridge and the Chalfont viaduct.

Two tunnels were built on the M25 motorway at Holmesdale and Bell Common. Another tunnel was built along the A1(M) at Hatfield in Hertfordshire in 1986. In addition, the Dartford Crossing, which forms part of the M25 over the River Thames includes two tunnels, 1.43km long in total. Mott MacDonald provided consulting services during the construction of these tunnels.

The Highways Agency awarded a contract to FOGTEC Fire Protection in May 2010 to provide a high-pressure water mist system to improve fire safety in the tunnels.

“Since opening, the M25 has undergone a number of widenings and expansions.”

As part of the DBFO contract, Connect Plus undertook the maintenance and refurbishment of Bell Common and Hatfield tunnels. The tunnel refurbishment was completed in May 2011.

Techspan Systems was awarded a contract to design, manufacture and install 150 controlled motorway indicators (CMI) and upgrade the existing infrastructure. It had previously provided enhanced message signs (EMS) on the motorway.

The consortium selected Variable Message Signs (VMS) as the technology partner for the roadside controllers and gantry cabling.

A £140m ($182.60m) contract was awarded to a joint venture of Gifford & Partners and WSP Group, named GiffordWSP, to design about 50% of the widening length.

The widening wasbeing carried out on a public private partnership (PPP) basis. WestLB, as the lead arranger, co-arranged a £1.1bn ($1.43bn) senior loan facility for the widening in May 2009 while Connect Plus procured a private financing of £400m from the European Investment Bank.