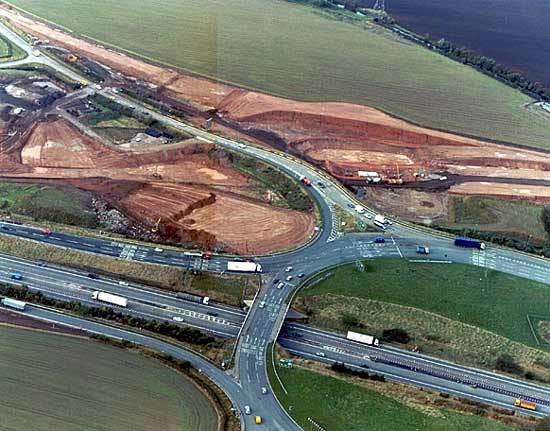 The M6 Toll motorway is the first toll road to be constructed in the UK. 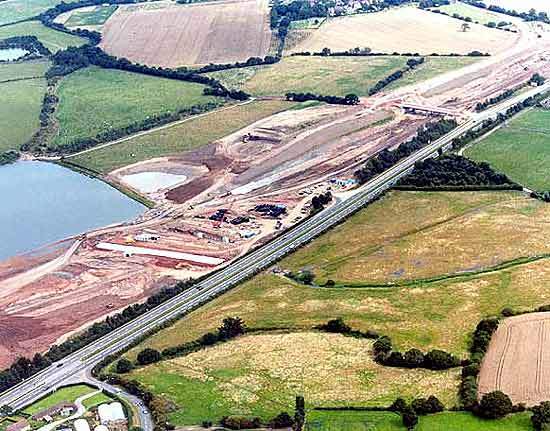 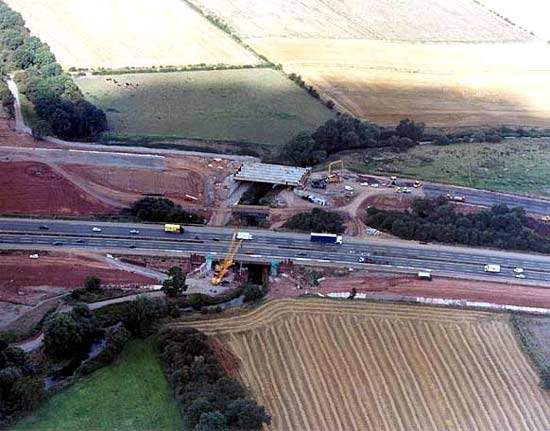 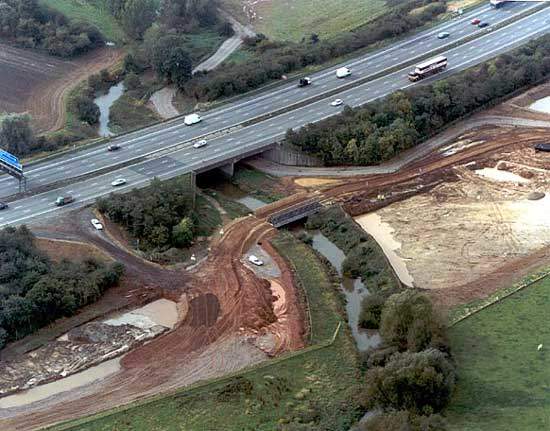 CAMBBA, a joint venture between Carillon, Alfred McAlpine, Balfour Beatty and AMEC, were awarded the design and construction contract for the M6 Toll.

In 1992 it was announced by the British Government that the first toll motorway in the UK would be constructed by 2004. The M6 Toll Road, which opened in December 2003, is a privately financed project consisting of a six-lane toll motorway providing a by-pass through the busiest section of the M6 in the West Midlands.

The operator claims the M6 Toll saves motorists approximately 45 minutes on an average journey time by avoiding the heavily congested section of the M6 north of Birmingham.

This provides an alternative route through one of the most congested stretches of road anywhere in the UK (although drivers have to pay for the privilege). With a total development cost of £900m, this is the first major toll road project of its kind in the UK.

The M6 Toll road has eight entry / exit junctions, six toll stations and six motorway lanes in total. The project also required the construction of 57 new bridges and the refurbishment of 16 existing ones.

“The M6 Toll could save motorists approximately 45 minutes on an average journey time.”

The long-term objective is to provide a first-class service to users that will become an integral part of a continual motorway corridor along the backbone of the country. Its creation also improves communication links with towns in the north and east of the West Midlands.

The M6 Toll motorway is viewed by the government as being of strategic importance to the national transport infrastructure.

Midland Expressway Limited (MEL) was the private sector company with overall responsibility for the design, construction, operation and maintenance of the M6 Toll motorway. However ultimate responsibility still lies with the Department for Transport, local government and the regions.

Even though this is a private venture and is privately operated it is still a public highway like the rest of the country’s roads. MEL awarded the design and construction contract to CAMBBA, a joint venture between the construction companies Carillon, Alfred McAlpine, Balfour Beatty and AMEC.

MEL was granted a 53 year concession to operate and maintain the M6 Toll.

“The M6 toll motorway provides an alternative route through one of the most congested stretches of road in the UK.”

In total six toll stations were constructed featuring state-of-the-art technology to ensure a smooth and steady traffic flow. Motorists can pay either by cash or electronically by using the TAG system. People with exact change can use cash deposit machines for quick throughput.

The use of electronic tags allows automatic access; motorists do not even need to stop. A tag is fitted behind the windscreen from which the toll charge is automatically deducted each time the vehicle passes through.

Motorway services on the toll

To serve the tired and hungry travellers on the 27 mile M6 Toll a service area was constructed and opened in 2004. The services are situated at Norton Canes in Staffordshire and provide a wide range of services including shops, restaurants and a petrol station.

The service area also has some special features such as special fragrances pumped throughout the toilet areas, outdoor water features and seating, and an exercise trail with viewpoint and picnic areas.

The service area is operated by Road Chef and has parking space for 500 vehicles. It is situated on a 68ac site between junctions T6 and T7 near Brownhills and Cannock.

“MEL was granted a 53 year concession to operate and maintain the M6 Toll.”

The road construction involved main line interchanges, side roads and carrier drains being built. Safety fencing was installed and landscape planting carried out to soften the harshness of the construction work.