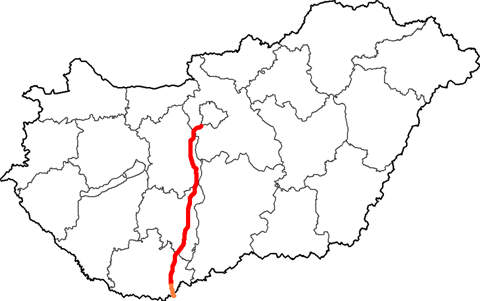 The route taken by the M6 Motorway through Hungary. 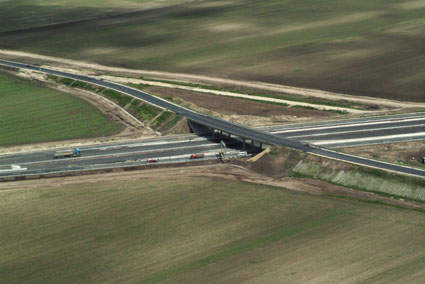 Completed in March 2010, phase III of the M6 project is operated and maintained by M6 Tolna Uzemelteto Kft.

The third phase of Hungary’s M6 Motorway consists of the construction of the motorway’s middle section, which connects Budapest to Pecs in the southern region of the country.

This concession-based motorway project became operational in March 2010 and is the largest public private partnership (PPP) project in Hungary.

Phase III of the M6 project is operated and maintained by a special-purpose company M6 Tolna Uzemelteto Kft. Egis Road Operation has a 52% stake in the project, while Bilfinger Berger Infrastructure Services (BBPS), Porr Solutions and Asfinag each have a 16% share.

The tender process for the project began in January 2008. Construction started in September 2008 and was completed in 2010.

“The M6 Motorway is the largest PPP project in Hungary.”

The M6 Motorway connects Budapest and Baranya, Hungary. Construction of the project’s first phase began in October 2004 and the motorway opened to the public in September 2006. This part of the motorway is 58km long and comprises four tunnels and various viaducts.

The second phase of the project, in which an 11km part of the motorway was connected to Budapest’s orbital motorway, opened in September 2008.

The total length of phase III is 65.1km and runs between Dunaujvaros and Szekszard. The motorway is a dual carriageway with 2×2 traffic lanes.

BBPI provided €24m for phase III of the M6 Motorway project, €463m was funded by 11 European commercial banks through the country’s senior debt facility and the remaining funds were provided by the European Investment Bank.

The third phase of the M6 Motorway was constructed by a consortium of M6 Tolna Autopalya Koncesszios Zrt, BPPI (45%), Porr (45%) and Egis (10%). The €520m contract awarded by the Republic of Hungary was on a design, build, finance, maintain and operate basis.

The project’s construction management and design of the toll installations were provided by Intertoll Europe.

The 31km road between Paks and Szekszard was built using asphalt mixing plants – Uniglobe 160 and Uniglobe 240 – which have a production capacity of 800,000m³. The two mixing machines provide 400t of asphalt per hour and operate on natural gas, brown coal dust, heavy oil or extra-light heating oil. The mixing plants and road-building equipment were supplied by Ammann Group.

A road layer compression up to a lift of 140cm was achieved by using ASC 250 single-drum rollers. These rollers produced superior results under hard circumstances and helped in minimising construction costs. Each roller has a weight of 25t with a drum thickness of 50mm.

The third phase of the M6 Motorway project includes the construction of 58 bridges, out of which six are viaducts of lengths ranging between 160m and 636m. The bridge built over the Gyurus arok is the longest with a length of 636m.