The Queensland Department of Transport and Main Roads 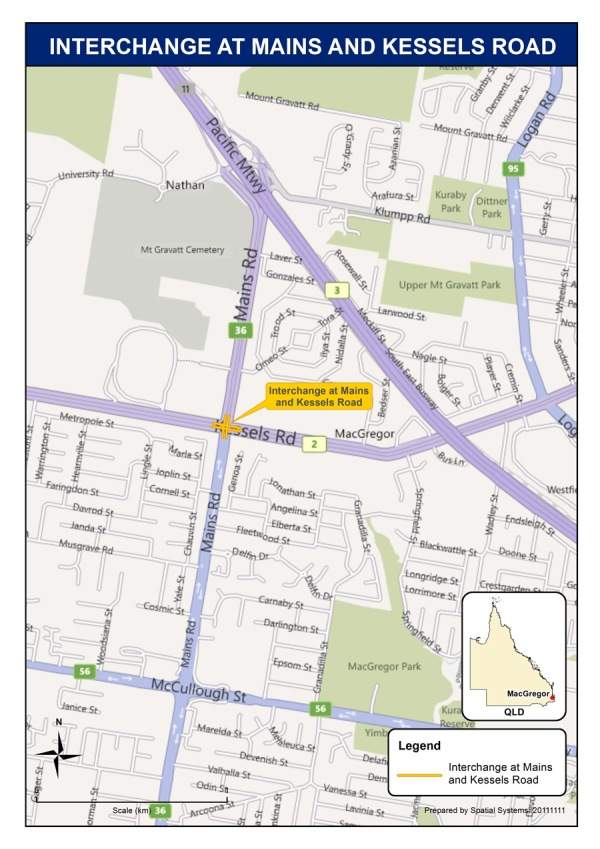 The Mains and Kessels Roads intersection is part of the 11.5km Brisbane Urban Corridor located in Macgregor in Brisbane, Australia. Courtesy of the Minister for Infrastructure and Transport. 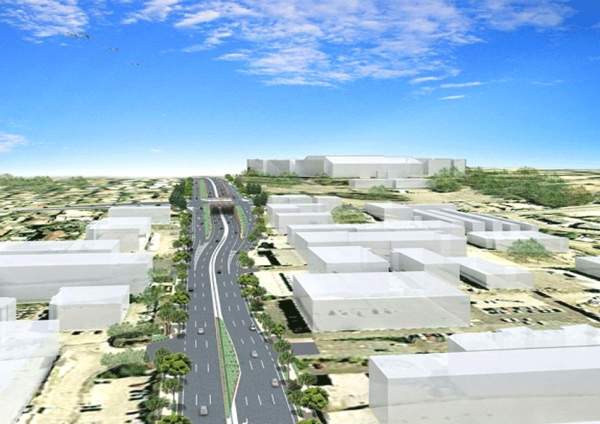 The intersection was upgraded to provide a short underpass beneath Mains Road. Courtesy of the Minister for Infrastructure and Transport.

The Mains and Kessels Roads intersection is part of the 11.5km Brisbane Urban Corridor located in Macgregor, Brisbane, Australia.

The intersection was upgraded to provide a short underpass beneath the Mains Road for the traffic coming from the Kessels Road. The upgrade also involved improving the turn and intersection lanes, as well as provision of new lanes for buses, pedestrians and cyclists.

It was funded by the Australian Government and is operated by Queensland’s department of transport and main roads.

The main construction on the intersection upgrade began in early 2012 and was completed in June 2014.

The purpose of the intersection upgrade was to separate Kessels Road traffic from Mains Road and improve travel times, as well as traffic flow on both the roads. The intersection is used by more than 90,000 vehicles a day.

The intersection upgrade included construction of an underpass below Mains Road with two lanes in each way, along with two at-grade turn lanes from Kessels Road onto Mains Road.

Two access lanes are built each way on Kessels Road near the underpass, as well as two through-lanes each way on Mains Road.

The construction of 2.5m-wide paths for pedestrians and cyclists and new provisions for buses is also included. A bridge on the Kessels Road across Mimosa Creek formed part of the project.

Background to the intersection upgrade

"Mains and Kessels Roads intersection is part of the 11.5km Brisbane Urban Corridor located in Macgregor in Brisbane, Australia."

The upgrade project was first identified by the BUC Planning Study in 2003. In 2006, the Intersection Upgrade Planning Study addressed the traffic, access, safety and other issues, as well as issues relating to noise, air and visibility quality around the intersection.

Various options for the intersection upgrade were presented for community feedback in late 2006. The preferred option was communicated to the public through public displays in early 2008.

The funding for the upgrade was declared in early 2010. The geotechnical investigations and service location works on the ground started in mid-2010. The contractor for the project was selected in 2011.

The estimated investment for the upgrade project was $280m, which was funded by the Australian Government under the Nation Building Programme.

The benefits of the project include reduction in traffic delays, congestion and vehicle operating costs, as well as improving amenities for cyclists and the local community through reductions in fuel consumption and local exhaust emissions.

Construction of the Mains Road and Kessels Road intersection and contractors

The early construction works were initiated in November 2011. Geotechnical and public utility investigations, signalisation and safety improvements at the intersection of Mains Road and Omeo Street, clearing the former service station site on the south-west corner of the Mains Road and Kessels Road intersection, were all completed as part of the project’s early works.

"The intersection upgrade was funded by the Australian Government and operated by the department of transport and main roads of Queensland’s government."

As of early 2012, retaining walls of several underground services and residential and commercial buildings were being relocated at the intersection of Mains and Kessels and near the streets of Grout and Benaud.

A visitor centre at the site office near Mains Road and Kessels Road was opened in 2012.

The main construction on the upgrade began in early 2012. In October 2011, Parsons Brinckerhoff was appointed as the design consultant for the project. Baulderstone, a subsidiary of Lend Lease, won the A$115m ($122m) design-build contract in September 2011.

In the same month, Kellogg Brown and Root (KBR) was appointed contract administrator for providing construction verification services for the intersection upgrade.

KBR monitored the effectiveness of traffic management systems during the construction and also ensured that project risks were appropriately identified and managed.