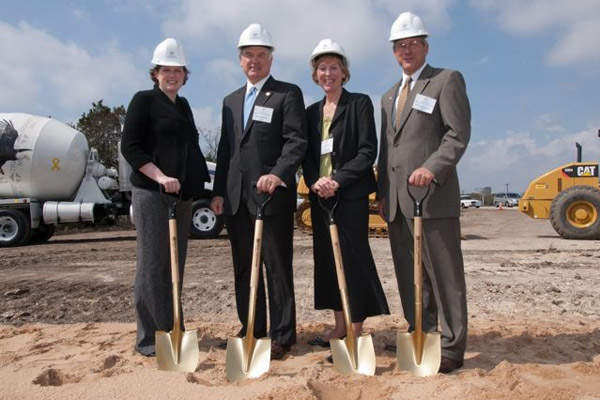 The ground breaking ceremony for the Manor Expressway project was held in March 2010.

The Manor Expressway project is a 6.2-mile (10km) limited-access road built in Travis County, Texas, US. The all-electronic toll road project upgraded the US 290 four-lane divided highway to a tolled highway with three tolled express lanes and three non-tolled frontage lanes in each direction. It also includes a 10ft-wide, six-mile (9.65km) shared use footpath for pedestrians, bicycle travel and recreation.

The design-build contract for the project was awarded to Central Texas Mobility Constructors, a joint venture between Texas Sterling Construction (TSC), Webber and a subsidiary of Central Texas Regional Mobility Authority (CTMRA). The project increased the capacity of the existing US Highway (US) 290 East between US 183 and SH 130 by threefold.

The Manor Expressway was designed with a ‘Central Texas Heritage’ theme to celebrate the history of Texas. The project employed 40 companies and created more than 2,200 new jobs, which boosted the state’s economy.

The Manor Expressway project was developed in two phases. Construction on the first phase started in March 2010 and was completed in December 2012 at a cost of $376m. It comprised a 1.5-mile (2.4km) westbound section between Springdale Road and US 183, which also included the flyover ramps at US 183.

“The Manor Expressway is being designed with a ‘Central Texas Heritage’ theme to celebrate the history of Texas.”

Phase II of the expressway extended to the east of SH 130. It also included the construction of three tolled main lanes and three lane non-tolled frontage roads, as well as associated ramps, auxiliary lanes, and toll and ramp gantries.

Construction on the Phase II began in July 2011 and was completed in May 2014.

The Manor Expressway project involved a total investment of $426m. Part of the first phase was funded through a combination of federal stimulus funding and loans from State Infrastructure Bank and the Transportation Infrastructure Finance and Innovation Act. The remaining work was funded by selling $306m worth of senior lien revenue bonds and $70m worth of subordinate lien revenue bonds.

Toll collection on the Manor Expressway

The Manor Expressway has an all-electronic tolling system. Drivers can pay their toll fee using TxTag account or Pay By Mail programme, but cash is not accepted at the toll booths.

TxTag is an electronic sticker fixed to the windshield. The toll tax is automatically deducted from the TxTag account, which can be funded using credit card, cheque or cash. Those opting for Pay By Mail programme do not have to prepay or register. Equipment at the expressway takes a picture of the licence plate and the bill is posted to the registered owner of the vehicle.

Drivers seeking toll-free usage can use the non-tolled frontage roads. Buses operated by the Capital Metropolitan Transportation Authority and the Capital Area Rural Transportation System can commute on the Manor Expressway with no restrictions.

CTRMA appointed Atkins as the General Engineering Consultant (GEC) for the road project. Texas Sterling and Webber signed a contract with Tom Warne and Associates to provide engineering services.