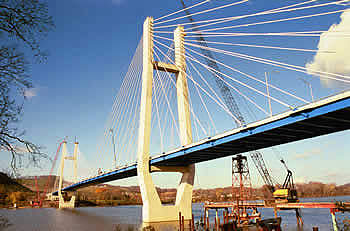 The Maysville Bridge is also known as the William H Harsha Bridge. 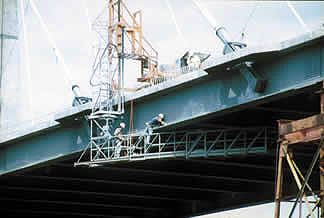 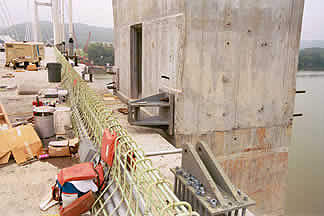 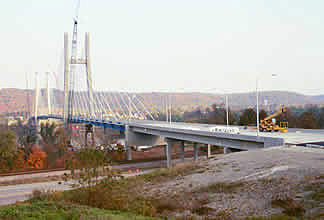 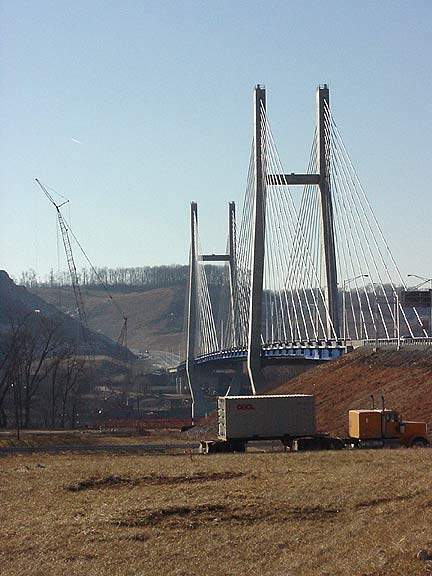 The Maysville (William H Harsha) Bridge forms a connection between Kentucky and Ohio over the Ohio River.

The Maysville Bridge, also known as the William H Harsha Bridge, is a cable stayed bridge located between Maysville, KY, and Aberdeen, OH. It forms a connection between Kentucky and Ohio over the Ohio River. The project was sponsored by the Kentucky Department of Highways and the Ohio Department of Transportation. They received federal funding to help with the project.

Construction work on the bridge began at the end of 1997. This was some time after an agreement for federal funding had been reached (which happened back in 1986). The pause was spent selecting sites on which to erect the link. The bridge was finished by the end of December 2000. This was later than the originally predicted date of August 2000. The delay was blamed on bad weather. The first traffic crossed the bridge in January 2001.

The cost of constructing the new bridge is believed to be just over $36 million. A three-span approach bridge on the Kentucky side was also included in this amount.

The bridge has an overall width of 58ft 6in with two 12ft lanes for traffic and two 12ft shoulders. The bridge has two sets of towers, which are 332ft tall. They are supported on concrete drilled shafts. The abutment walls for the bridge are concrete units supported by steel H piles.

The bridge is 2,100ft long and comprises two 125ft-long anchor spans, two 400ft-long flanking spans and the 1,050ft-long channel span. The cable stayed superstructure consists of a concrete deck supported by two main 84in to 60in deep steel plate girders with floor beams spaced at 16in to 8in. The concrete deck is composed of precast deck sections which have cast-in-place joints and post-tensioning in both longitudinal and traverse directions.

According to public statements, the bridge required 14 miles of electrical wiring, 10.3 million lb of steel and 21,440yd³ of concrete.

CABLE GALLOPING AT THE MAYSVILLE BRIDGE

The contractor claims that its measures to limit cable galloping were state-of-the-art. A co-extruded high density polyethylene pipe was used. This has a brilliant white outer layer eliminating the need for tape wrap. The outer layer has a small spiral bead around the pipe to break up air flow when there is light rain and wind to help prevent cable gallop. In addition, stay damping cables are connected between the stay cables with soft neoprene collars to further dampen galloping.

The main contractor for building the bridge was Traylor Brothers. Construction engineer for the contractor was carried out by Buckland & Taylor.