Outcome of Public Inquiry and Tendering 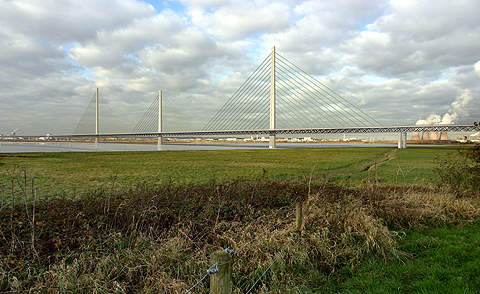 The Mersey Gateway bridge is integrated with the existing principal road network to transfer about 80% of the traffic from the Silver Jubilee Bridge.

The Silver Jubilee Bridge will be modernised to a two-lane carriageway and will have pedestrian and cyclist links. 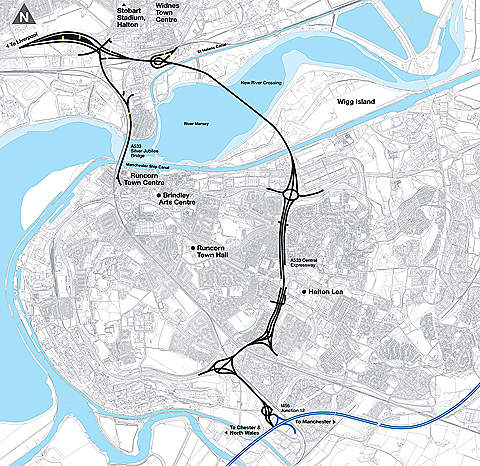 The project provides a new strategic transportation link to the north Cheshire, Liverpool city region and the north west, along with the rest of the country. 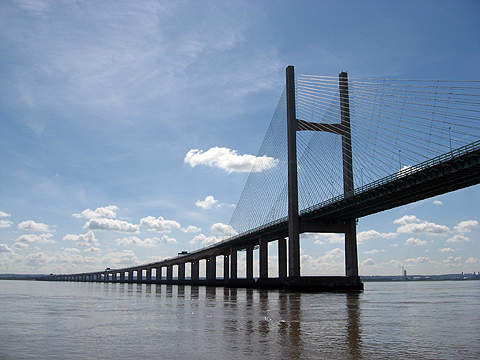 The Mersey Gateway Project is an under-construction toll bridge project across Mersey River to connect Widnes and Runcorn in Cheshire, UK. Including several road improvements in the borough, the project is being carried out by Halton Borough Council and the Mersey Crossing Group. Work on the Mersey Gateway toll bridge commenced in early 2014. The new bridge was opened for the public in October 2017.

As part of the project, the existing Silver Jubilee Bridge (SJB) is being modified to improve facilities for public transport, cycling and walking across Mersey River.

The £600m Mersey Gateway project relieves road traffic congestions on the existing SJB, which serves approximately 80,000 vehicles every weekday. Built in 1961, the bridge is the only road link that connects Runcorn and Widnes within the borough.

The new Mersey Gateway Bridge has been integrated with the existing principal road network and roads have been improved to relieve the SJB and transfer around 80% of the traffic onto the new bridge.

The Mersey Gateway provides significant benefits such as shorter journey times, reliability, regional and local regeneration of Runcorn, Widnes and surrounding areas, as well as generates an estimated £61.9m a year in gross value added by 2030 to boost the regional economy.

The project provides a new strategic transportation link to the North Cheshire, Liverpool city region and the north-west, as well as the rest of the country. It also enhances the infrastructure investments and helps the regeneration of Halton and the north-west regions. The project also provides an opportunity for the long-term regeneration programme covering 20km² across five areas of the borough.

The Mersey Gateway project involved the construction of a new toll bridge and the rehabilitation of an approximately 10km-long road network from the North Cheshire motorway (M56) in the south of Runcorn to Speke Road in Widnes. It also included improvements and changes in the existing Halton road network to integrate the project into the existing highway network.

The proposals included the closure of two access roads connecting the Widnes regional network and the SJB, to enable the flow of traffic onto the new bridge. The two access roads closed were the A557 Widnes Eastern Bypass and the SJB link, and the A533 Queensway that connects Speke Roundabout Interchange (A562) and the SJB.

The new bridge is located around 1.25 miles east of the existing SJB. It connects the Central Expressway in Runcorn and the Eastern Bypass in Widnes. The bridge route continues until Speke Road, heading towards Liverpool.

The SJB is being modernised to a two-lane carriageway and will have new, safer pedestrian and cyclist links. The tolled crossing will be mainly used for local and public transportation. The SJB will, thereby, serve local and regional economic development. Measures will be taken to considerably reduce air pollution and improve local air quality.

The Mersey Gateway Bridge is a cable-stayed bridge with three towers. It is similar in design to the Second Severn Crossing Bridge and a recognisable structure across the northwest. The 2.3km bridge has three lanes with a dual carriageway across the river.

The bridge has two 300m-long outer spans supported by three piers in the river. The cable-stayed element of the bridge is 1km-long across the estuary. The height of the outer structure towers at the highest point is 135m above the river bed. The foundations of the bridge are 30m-deep below the river bed.

The design delivers maximum benefits for the local community and a minimum impact on the surrounding environment and the estuary. The tolled crossing has a speed limit of 60mph.

A free-flow tolling system has been introduced on the new bridge, upon completion of the Mersey Gateway project. It reduces traffic jams due to the expanded capacity of the new bridge.

The tolling of the SJB is proposed to reduce traffic congestion by approximately 80%.

The cost of the Mersey Gateway project is £600m. The project was granted a £102.5m loan by Export-Import Bank of Korea (KEXIM) in November 2015.

HM Treasury offered a 29-year £257m Mersey Gateway bond as part of the UK Guarantee scheme. The scheme provides the financial guarantee of the principal and interest.

Lanes Group secured a contract to provide drainage survey and maintenance services to the project in November 2015. The contract included the delivery of CCTV drainage surveys, drainage cleaning services and new drainage infrastructure.

The Merseylink consortium secured a contract to design, build, finance and operate the bridge for a period of 30 years. The consortium members include Kier Infrastructure, Samsung C&T and FCC Construcción.

CLD Fencing was responsible for providing approximately 5km of 2.1m-high eclipse mesh fencing to the project.