Government of Canada, Province of Ontario, GO Transit and the City of Mississauga
Expand 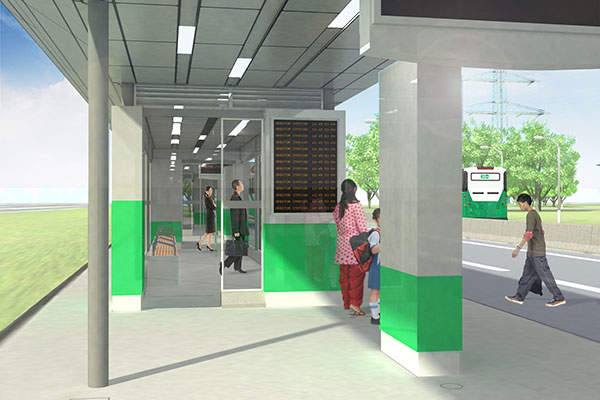 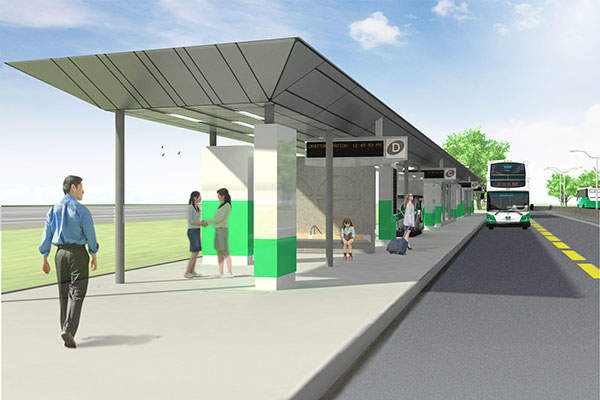 The Mississauga Transitway project included the construction of 12 new stations. 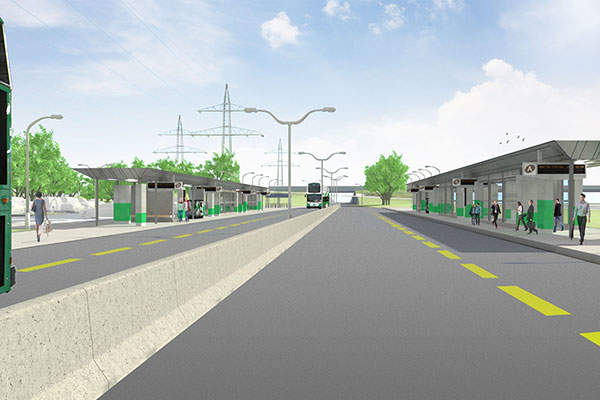 The transitway is a two-lane road connecting Winston Churchill Boulevard and Renforth Drive.

The Mississauga Transitway is an 18km east-west transitway constructed across Mississauga in Toronto, Canada. Comprising 12 new stations, the transitway is a two-lane, grade-separated road connecting Winston Churchill Boulevard in the west and Renforth Drive in the east.

Construction of the transitway began in August 2010 and was completed in November 2017.

The project was developed by the Government of Canada, the Province of Ontario, GO Transit (a division of Metrolinx) and Mississauga City Council at an estimated cost of $259m.

Earlier known as Mississauga Bus Rapid Transit (BRT) before being renamed in 2013, the Mississauga Transitway is a part of Ontario’s Smart Growth Plan to develop the Greater Toronto Area and Mississauga’s Transit Ridership Growth Strategy, which aims to achieve a 25% increase in the use of higher-order transit in Mississauga over a target period of five years. MiWay and GO Transit services operate buses along the transitway.

The transitway runs parallel to Highway 403 from Winston Churchill Boulevard to Rathburn Road and passes through Erin Mills Parkway and Centre View Drive. It runs eastwards from Hurontario Street along the dedicated corridor, Eastgate Parkway and Eglinton Avenue before reaching Renforth Drive.

The City of Mississauga was responsible for the construction of the east transitway segment from the City Centre Transit Terminal to the Renforth Drive. The segment comprises ten station stops, an existing city centre transit terminal at Square One and a new BRT station at Renforth Drive station, which was funded by Metrolinx and was designed and constructed by GO Transit.

The western segment was designed and constructed by GO Transit. It is a 1.5km two-lane, two-way, bus-only roadway located on the north side of Highway 403. Under the segment, two new stations were constructed at Winston Churchill Boulevard and Erin Mills Parkway. The new stations accommodate park-and-ride car parks for more than 600 vehicles, bicycle shelters and other amenities for convenience.

Construction on the East corridor was divided into two phases. The first phase involved the construction of Central Parkway, Cawthra, Tomken and Dixie Stations, which was completed in November 2014. Tahoe and Etobicoke Creek stations were opened in February 2016, while Spectrum and Orbitor were opened in May 2017, and Renforth Gateway station became operational in November 2017.

Construction on the western corridor, from Winston Churchill Boulevard to Erin Mills Parkway, started in October 2013.

Funding for the transitway

The Canadian Government provided up to $83m in funding to Mississauga City Council and GO Transit through the Canada Strategic Infrastructure Fund, $59m of which was dedicated to the City of Mississauga for the east segment while $24m to Metrolinx for the west segment.

The Province of Ontario provided $48m to GO Transit and $65m to Mississauga City Council for the project development.

The remaining financing for the project was provided by the City of Mississauga and Metrolinx.

Gottardo Construction was awarded a contract in September 2010 for the construction of the segment from Mississauga City Centre to Fieldgate Drive.

The $65m construction contract for the Fieldgate Drive to Etobicoke Creek segment was awarded to Dufferin Construction in August 2012.