Various but Meygeri Bridge completed in 2008

Parts of the road are paved in concrete
Expand 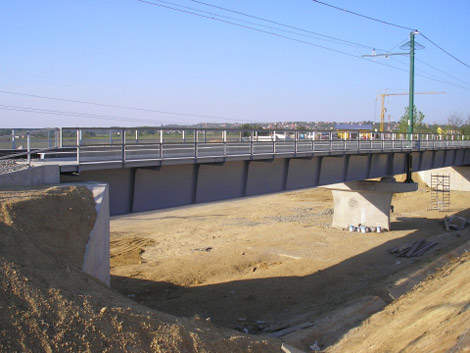 Construction work between M31 and M3 at Gödöllo was initiated in March 2009 and completed in August 2010. 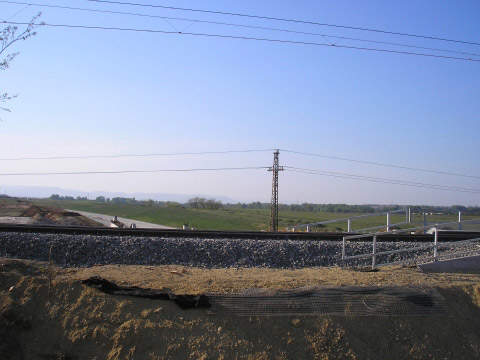 The junction at Gödöllo included construction of access and exit roads and relocation of and new bridges over the road and at the interchange. 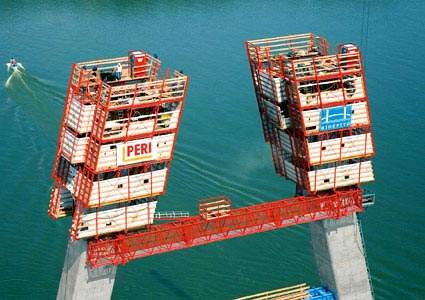 Construction of the ring road is financed by the European Investment Bank (EIB), EU COHESION funds and PHARE loans. 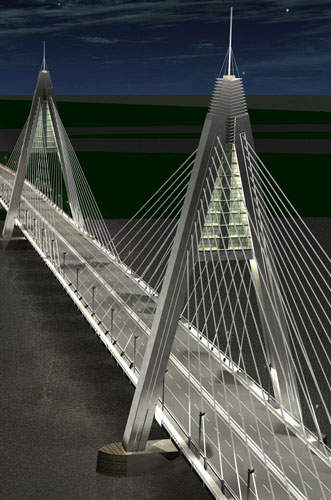 The Megyeri Bridge (Northern M0 Danube Bridge), completed in 2008, is a new cable-stayed road bridge spanning over Danube between Buda and Pest respectively the west and east sides of Budapest.

The 150km M0 motorway is a ringroad around the country’s capital Budapest. The incomplete ‘ring’ connects most of the country’s major motorways including M1, M7, M6, M5 and Highway 4; a further section between motorway M3 and Megyeri Bridge, currently known as Highway 2/B and 2/A. This section between Highway 4 and M3 (eastern section) and the Megyeri Bridge over river Danube is complete.

The 35km eastern section was opened to traffic in 2008. It was constructed with a concrete paved surface for a HUF43bn contract price, 85% financed by the EU Cohesion Funds and the remaining 15% by the Hungarian state.

Construction of the ringroad is financed by the European Investment Bank (EIB), EU COHESION funds and PHARE loans.

The southern section of the ringroad is substantially complete but the northern section has raised concerns over its environmental impact (referring to the EIA Directive of the European Union) and there have been protests over its construction being based on an invalid environmental impact assessment. Independent experts felt that it was not necessary to construct the northern part of the M0 as its effect on traffic pattern changes would not be substantial. However, construction in this region is in progress.

The southern section of the M0 has already stimulated the development of over 50,000m² of new car-dependent shopping centres, with a further 80,000m² planned. This has created a much more serious traffic problem than the ringroad was supposed to solve. For these reasons, the economic importance of the northern and western sections of the M0 is marginal. The primary beneficiary of the completion of the northern section will be land speculators in the north of Budapest.

"As per the plan, a new route of 6km connecting Highway 51 and motorway M5 will be integrated into the national highway network. "

The 29km section between the M1 and M5 motorways is the oldest section of the M0, and currently does not comply with formal European motorway specifications. Maximum speed on the section is 80km/h. An interchange with the new M6 motorway with six lanes was opened in 2008.

As per the plan, a new route of 6km connecting Highway 51 and motorway M5 will be integrated into the national highway network. The route, to be called as Highway M51, will start functioning from 2012. In the same year the complete old section is to be upgraded to a six-lane motorway.

The Megyeri Bridge (Northern M0 Danube Bridge), completed in 2008, is a new cable-stayed road bridge spanning over Danube between Buda and Pest, respectively the west and east sides of Budapest. It was the last section to complete the M0 ringroad around Budapest.

The 7km-long section between M3 and the Megyeri Bridge is currently known as Highway 2/B and Highway 2/A. Both 2/B and 2/A are four lane highways, but Highway 2/A does not feature a central reserve between the lanes. Maximum speed on Highway 2/A is 80kph.

The 1,862m-long bridge is divided into five sections on a total of 28 supports. The central element is the 590m-long cable-stayed bridge over Danube with spans of 145m, 300m and 145m. For the construction of two abutments, four joint supports, seven floodplain piers and two A-shaped pylons in the bed of the river, PERI formwork and scaffolding was used by the consortium of contractors, Hídépítö Zrt und Strabag Zrt.

The superstructure of the cable-stayed bridge consists of a steel slab with hollow box girders under the suspension points. A total of 88 inclined cables are in two cable planes – with 4×11 cables in each plane transferring the loads from the roadway into two centrally positioned pylons which serve as main support members.

The 100m tall pylon includes a total of 29 casting segments with variable concreting heights between 2.55m and 4.07m. The pylon supporting members are inclined towards to the centre of roadway at an angle of under 13.3° and have a range of different cross-sections. With external dimensions of 5.00m × 4.11m on the bottom plate, the members taper up to 3.50m × 4.11m in the area of the cable stay connections.

"According to plans, the current junction at Gödöllo will be changed completely and new bridges above the road will be built. "

Construction work between M31 and M3 at Gödöllo was initiated in March 2009 and completed in August 2010. The junction at Gödöllo included construction of access and exit roads, as well as the relocation of and new bridges over the road and at the interchange. The project was managed by Nemzeti Infrastruktúra Fejleszto Zrt and carried out by the Colas Hungária Építoipari Kft and Hídépíto Zrt consortium.

SMMC has spent HUF6.7bn on the maintenance of the expressway network under its supervision.

Construction of M0-M5 junction of North, M0-7 travel hub, M0-M7 junction and M0-M2 junction is being carried out under the high renewal programme-2009. The M0-M1 bridge over the M1 junction is under construction. The pillars and piers of the bridge were completed by May 2010.

On 2 March 2009, Hungarian National Development Agency (NFU) said that a section of expressway M0, already open to traffic will be extended with the help of European Union (EU) funding. In addition, the original path scheduled earlier may be modified along a short section.

The project also includes the construction of a 770m bridge at Háros and a 500-meter bridge at Soroksár spanning Danube. The re-construction of Váza Street sewage pumping station, which leads rainwater away from one section of the road and the surrounding residential area, will also be carried out as a part of the M0 investment.

The re-construction of the junction at Növény Street along Highway 6, which will ensure better connections between expressway M0 and main road network of 22nd District, is another component of the development. It is expected to be completed in 2012.

The 11km section between Highway 10 and Highway 11 is planned and is scheduled for completion in 2014. The 18km remaining section between Highway ten and the oldest part of the M0 beginning at the M1 interchange is planned for the future. No construction schedule is known so far, and it is not expected to be constructed in the near future due to environmental concerns.

The SMMC invested around HUF500m in 2007 to modernise the electronic infrastructure of the Hungarian motorways network. The money was used to install new matrix boards, traffic counting devices and surveillance cameras on the country’s motorways.

In spring, SMMC spent around HUF500,000 on the modernisation of its electronic systems. The investment, which was primarily financed by budgetary resources, was also funded by the CONNECT project, an EU regional programme that provided about 10% of the money.