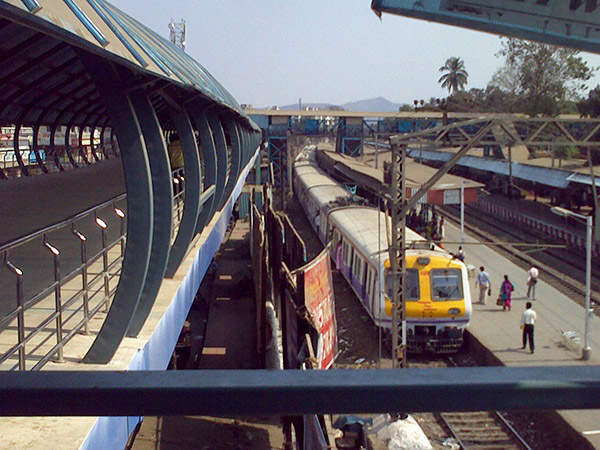 MMRDA and MSRDC proposed the concept in 2003 as part of the SATIS project. Image courtesy of Sharpline Designers & Associates. 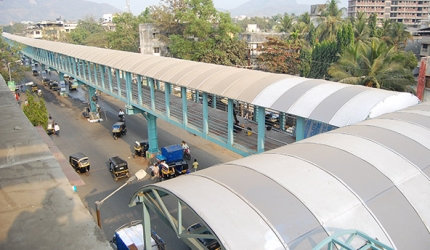 Mumbai Skywalk project involves the construction of a series of 36 elevated pedestrian walkways in Mumbai, India. The project is being executed by Mumbai Metropolitan Region Development Authority (MMRDA). It is a part of Station Area Traffic Improvement System (SATIS) project.

“The project initially included the construction of 50 skywalks at a cost of about $300m.”

The project initially included the construction of 50 skywalks at a cost of about $300m. Due to difficulties faced during construction and local criticism, the number of skywalks was reduced.

Around 12 million people are currently using the skywalks everyday. The 50,000ft2 area of the skywalks will generate revenue through advertising spaces and help in recovering the construction and maintenance costs.

Mumbai is a pedestrian-dominated city with 60% of the trips being made through walking. Pedestrians, however, have great difficulty in navigating through the commercialised areas. Passengers exiting railway stations have a tough time accessing other areas such as bus stops, taxis and parking lots, which are scattered throughout the city.

Constructing or widening of the existing roads to facilitate walking is a challenge as majority of the footpaths are occupied by illegal vendors. An elevated walkway was, therefore, proposed as the solution by MMRDA and Maharashtra State Road Development Corporation (MSRDC) in 2003.

The walkways are located above the ground to aid safe and free flow of pedestrians around the city. Pedestrians are separated from vehicular traffic thus reducing accidents and improving vehicular flow. The skywalks are surrounded by bright yellow railings and hence nicknamed as yellow caterpillars.

The Mumbai-Pune Expressway, arguably the most ambitious transport project undertaken by the Government of Maharashtra, was opened to traffic on the 5 April 2000.

Around 100,000 people use the skywalks at Wadala, Bandra, Kalyan and Santacruz. About 50,000 use the skywalks located at Chembur, Ulhasnagar and Borivali. The skywalks at Andheri, Goregaon, Kanjurmarg, Bhandup, Kandivali, Sion, Grant Road, Badalpur, Vasai Road, Amernath and Thane are underutilised.

The width of the skywalks range between 3m and 7m, while the length ranges between 200m and 2,000m. Multiple entry and exit points are provided to the commuters to avoid bottlenecks. A check is provided on illegal crossings through skywalks, which ensures safety for pedestrians. Skywalks will also serve as shelters during monsoon and rainy seasons. Anti-skid flooring will prevent any sliding issues.

“Around 12 million people are currently using the skywalks everyday.”

Elevators and seating arrangements are provided for senior citizens. Firefighting equipment and service ducts are also provided in the walkways. Signage boards will provide necessary guidance to users. The first skywalk at Bandra East, connecting the station to Kalanagar Junction, was opened in June 2008.

Seven skywalks have been constructed under MSRDC and one skywalk under Kalyan Dombivli Municipal Corporation (KDMC). Sharpline Designers and Associates are the design consultants for skywalks at Santacruz (East and West) and Andheri.