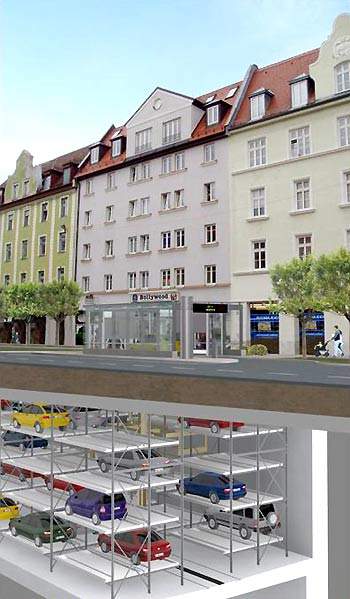 Munich is building an automated, underground parking system in response to growing congestion. 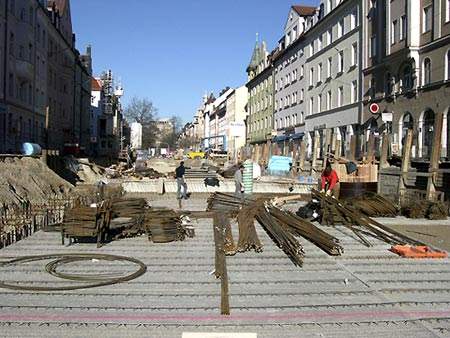 The parking system provided will be a combination of two Wohr Multipark 740 Systems. 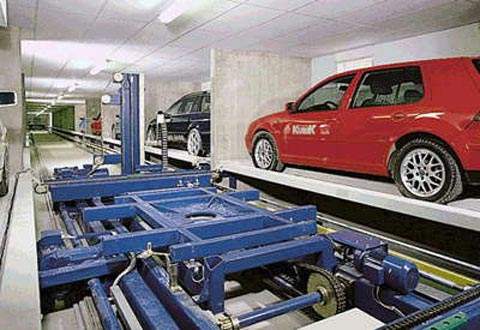 An automatic system reduces the need for elevators, ramps, stairways, lighting and ventilation. 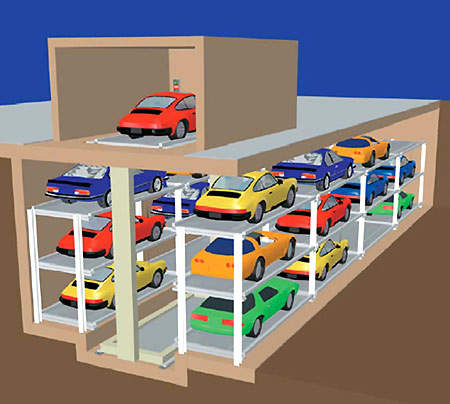 Under-street parking is more cost effective than other schemes on a per parking space basis. 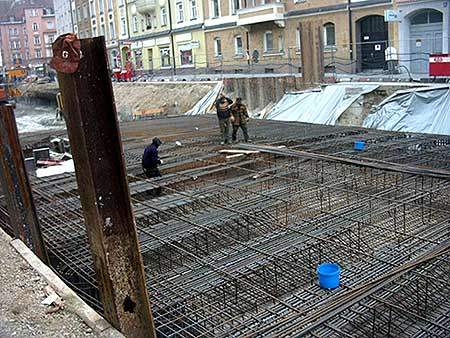 Munich has some encountered problems with city streets that are commonplace right across Germany and the rest of Europe – that is, historic cities where there are narrow streets and a congestion problem due to the parking of cars. The City of Munich (investor was Landeshauptstadt München) decided in 2004 to introduce a
relatively modern solution for parking to solve these problems and has installed an automated, underground parking system in the Donnersbergerstraße in the München-Neuhausen area.

The advantages of this can be seen immediately: there is no room to build conventional multi-storey car parks above ground in the areas they are required, and under-street parking is actually more cost effective than other schemes on a per parking
space basis. In addition, an automatic system brings significant savings in engineering because elevators, ramps, stairways, lighting and ventilation do not need to be provided to the same extent. The construction, however, also means the transfer of sewer,
storm drains and water services from beneath the centre of the road to conduits at the side of the roads.

Design of the facility started in January 2004 with construction starting in October 2004. The construction was completed by February 2006 (roadworks took ten months and the entire project 16 months from the start of construction). The investment for the project was €11.35m (45% on building, 30% on the parking system and 25% on other costs).

The parking system provided is a combination of two Wöhr Multipark 740 Systems which will provide 284 parking places (150 plus 134). The equipment was supplied by Wöhr and the installation was carried out by the general contractor /
engineer Wöhr and Bauer GmbH.

The parking system will be run and maintained by Park and Ride (P and R) GmbH for a contracted period of 20 years. The consultant for the project was GiVT Gesellschaft für innovative Verkehrstechnologie mbH of Berlin; the project structural engineer was ISP Scholz Beratende Ingenieure AG of Munich.

The underground building dimensions are length 121m, width 15m and depth 10m. There are 284 parking bays on four parking levels with two transfer stations and four elevators and shelf control devices. Retrieval time for vehicles is on average 120 seconds for the whole process. The car park was excavated and constructed using cut and cover methods along with pre-cast / pre-stressed reinforced concrete wall sections, roof beams and cover sections.

Cars (maximum dimension 5.25m long, 2.2m wide and 1.7m high) must be driven to one of four receiving stations (marked A to D), the entry to which is actuated by a control device which responds to a transponder chip held in the car by the user.

On gaining entry the driver proceeds to correctly position / park the car on a
transfer ramp and then locks and leaves the vehicle. A combination of laser scanners and light barriers will then examine the car for its positioning and dimensions. The elevator ramp is then actuated and the car is raised to its parking level and
stored (cars are parked side by side).

“In July 2007 the Wöhr Multiparker 740 equipped garage was given the ADAC Award (German Automobile Association) for the best use of space, security and reliability.”

On returning, the driver comes to the same transfer station (they may pay by credit card at an automated paying station) and the car will be retrieved from its storage level according to the transponder chip still held by the driver. The car is
retrieved on its transfer pallet and the driver simply drives away through automated exit gates. The pallet has a lighting system which illuminates the area for two minutes while the driver gets into the car.

Customer help is available via an intercom system 24 hours per day in case of breakdowns or unforeseen problems. If a car is not retrieved for its owner within two hours then the owner receives €100 compensation from the parking operator.

In July 2007 the Wöhr Multiparker 740 equipped garage was given the ADAC Award (German Automobile Association) for the best use of space, security and reliability.

On making the presentation to City Councillor Alexander Reissl and Wolfgang Großmann, managing director of P+R GmbH, Alois Ortner, member of the Board for Traffic and Environment ADAC Südbayern, said: “With this award the ADAC wants to emphasise the increasing importance of automatic parking systems, as they make the optimum use of floor area and space and offer safety against theft and vandalism. Simple operation, safety, reliability and regular maintenance are the most important requirements for the users’ acceptance and this system received best marks.”