Construction of a modern superhighway

By African Development Bank, Exim Bank of China and, Government of Kenya 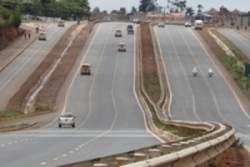 The Nairobi-Thika superhighway is apart of the Great North-Trans African Highway. 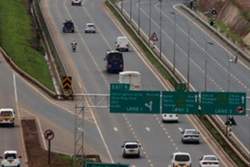 The wide superhighway reduces the travel time between Nairobi and Thika. 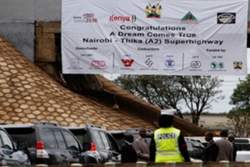 The highway is highly beneficial for the communities residing along the route. 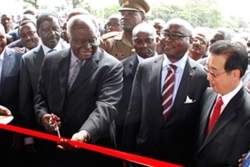 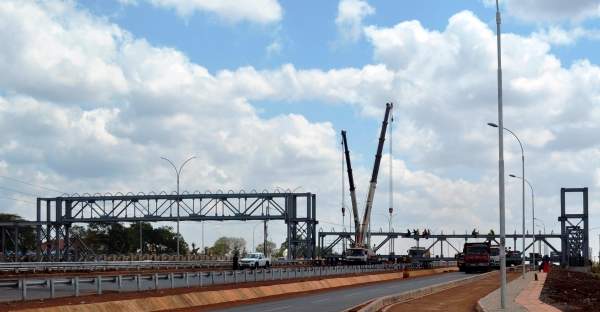 The $360m road project saw the construction of a modern superhighway, the first of its kind in Kenya.

The Kenyan President Mwai Kibaki officially inaugurated the superhighway connecting Nairobi and Thika in November 2012. The superhighway is expected to boost the economy of the East African Zone. The eight-lane highway is 50km long, starting from Nairobi and running up to the outskirts of Thika.

The $360m road project saw the construction of a modern superhighway, the first of its kind in Kenya. It is being anticipated that the superhighway will help Kenya in realising its objective of attaining the status of a middle-income country by 2030.

“The $360m road project saw the construction of a modern superhighway, the first of its kind in Kenya.”

The Nairobi-Thika superhighway covers several locations such as Marsabit, Lsiolo and Moyale. The route covered by the project is a vital element of the Great North-Trans African Highway, which links Cape Town and Cairo.

Purpose and benefits of the Nairobi-Thika superhighway project

Severe traffic congestion and frequent road accidents were common on the Nairobi-Thika roadway, which necessitated a new, wider and safer highway. The urban zones along the stretch have rapidly increased, and so has the number of automobiles. Excess fuel consumption and high level of vehicular pollution followed as the inevitable consequences of the heavy traffic.

The new superhighway has brought about positive changes for everyone residing along the Nairobi-Thika route. Time of travel between Nairobi and Thika has already come down to approximately 40 minutes, as against two hours in the past.

The superhighway connects Nairobi to Marsabit, Lsiolo, Moyale and Mandera, all of which are primary commercial centres of Kenya. In addition, the highway is regarded as a reliable route, connecting Kenya with Ethiopia and Tanzania in the north and south, respectively.

The new highway is also beneficial to the student community, by facilitating a reliable transportation system. Additionally, the project is of great value to transport operators, dairy and horticultural farmers and traders.

Construction work on the Kenyan superhighway was started in January 2009. The university way was widened to include eight lanes, and a four-lane flyover was built across the Globe Roundabout as part of the project. The Muranga Road was widened, enabling it to have six lanes. An underpass was constructed at Pangani, along with building a flyover with footpaths on Muthaiga roundabout.

The Forest Road was transformed into a six-lane stretch on the route covering Forest Road, Museum Road and Museum Hill Roundabout. The project also provided for six lanes on the Museum Hill Road, in addition to building a fork-shaped flyover across the Limru Road.

The Muthaiga Roundabout-KU stretch was designed as a high-speed highway with restricted access and limited exits. The KU-Thika route also included several improvements, such as increase of traffic lanes, construction of a flyover and intermittent service roads.

Contractors involved with the modern highway between Nairobi and Thika

The construction contract for the first superhighway in Kenya was awarded in January 2009 to three Chinese companies namely China Wu Yi Company, Sinohydro Corporation and Sheng Li Engineering Construction. The contractors employed more than 4,000 people for the construction.

“The Nairobi-Thika superhighway covers several locations such as Marsabit, Lsiolo and Moyale.”

The route covered by the contract was divided into three lots. China Wu Yi Company completed lot 1, which started at Uhuru Highway and extended up to Muthaiga Roundabout. Sinohydro was responsible for lot 2 starting from Muthainga Roundabout and ending at Kenyatta University. Sheng Li Engineering Construction executed lot 3 that included last leg of the roadway up to the Thika Road.

Funding for the highway project between Nairobi and Thika

A major part of the total investment was funded by African Development Bank (AfDB), which provided $180m. The Exim Bank of China contributed $100m, with the Kenyan Government extending the balance $80m.