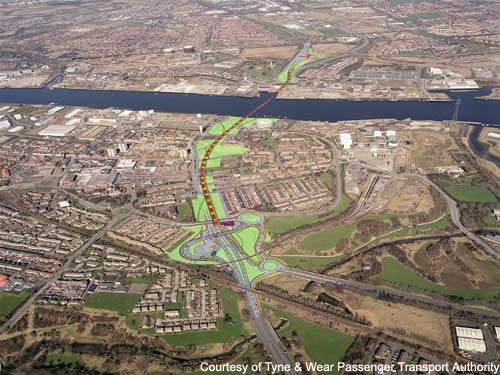 The new Tyne tunnel will be constructed alongside the old tunnel to ease congestion. 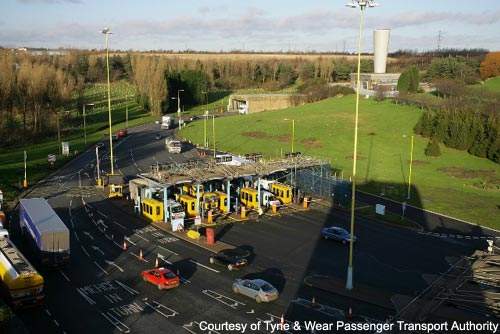 The New Tyne Crossing project will cost &#163;260m and will refurbish the old tunnel as well as constructing a new one. 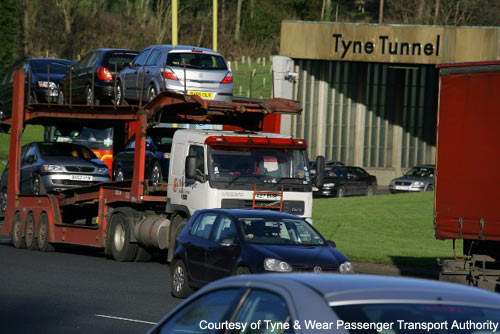 Currently, on the existing Tyne Tunnel, there are severe traffic issues as the road narrows from a dual carriageway to a single carriageway. 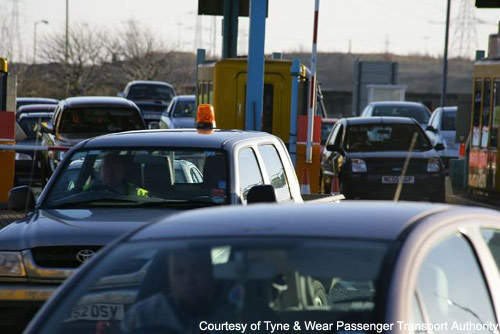 Traffic congestion through the tunnel has a negative effect on the A19, particularly during busy periods. 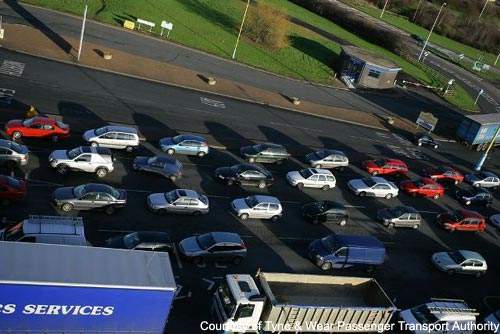 The new Tyne Tunnel will be completed and the old tunnel refurbished by 2011.

The Tyne Crossing (tunnel) in Newcastle was originally opened in 1967 and is part of the A19, which connects the north and the south of the city between East Howdon and Jarrow. The existing Tyne Tunnel caused severe traffic problems as the road narrows through the tunnel from a dual two-lane road to a dual single-lane road.

The tunnel has always been owned and operated by Tyne & Wear Passenger Transport Authority. However, in November 2007 Tyne & Wear Passenger Transport Authority, in partnership with North Tyneside and South Tyneside Council, appointed a concessionaire to run the old tunnel and to construct a new road tunnel alongside to ease the traffic congestion.

The concession contract worth €500m was granted for a period of 30 years to TT2. The TT2 consortium consists of Bouygues Travaux Publics and also the financial institutions HSBC Infrastructure Fund II and Bank of Scotland Corporate.

The concession, which officially started on 1 February 2008, includes the delivery of the second Tyne crossing tunnel scheme and also the operation and maintenance of all the tunnels under the river, including pedestrian and cycle tunnels.

The TT2 consortium will also provide about 65% of the investment that is required over the 30-year life of the concession.

The New Tyne Crossing was a £260m (€355m) project, including the construction of a new crossing and refurbishment of the original tunnel.

The construction work was carried out by one of the consortium partners, Bouygues Travaux Publics who is also the main design and construction contractor. The tunnel is 1,600m long and duplicates the existing Tyne tunnel. The 360m section beneath the river is an immersed tube tunnel constructed of 90m precast concrete elements.

The new tunnel took all traffic when finished on a temporary basis while the old 1967 tunnel was brought up to current safety standards. Around 700 people were working on the project at its peak.

The two tunnels have a state-of-the-art fire suppression system installed, which costs around £9.6m. The project is the first in the UK to use this system. The system works to cool the fire using a water mist system and also helps reduce the build up of smoke.

The new system has been recommended after a study by Halcrow, the Tyne and Wear Fire and Rescue Service and the Tunnel Design Safety Consultation Group (TDSCG).

The old Tyne Tunnel was installed with radio rebroadcast equipment in 2008. This allows drivers using the Tyne Tunnel to keep listening to their radio programmes as they drive through the tunnel.