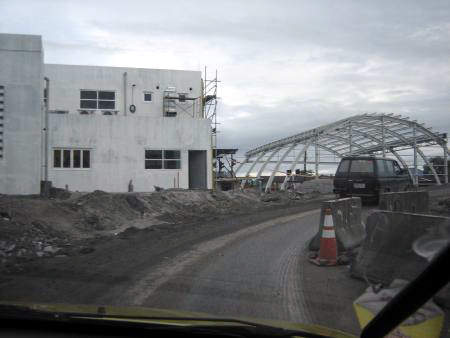 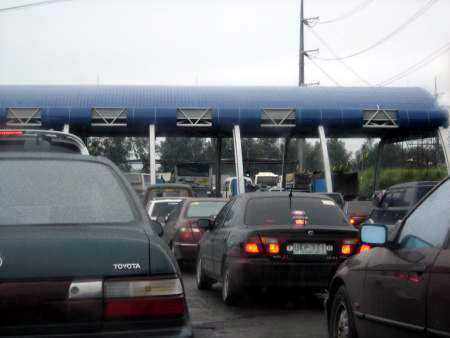 A map of the North Luzon Expressway's route. The NLE extends from Balintawak in Metro Manila up to Sta. Ines in Pampanga. 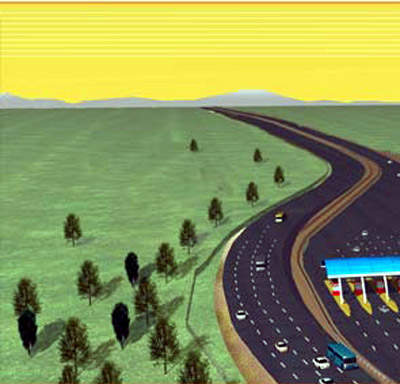 CAD representation of a section of the expressway showing a toll plaza and two four-lane expressways. 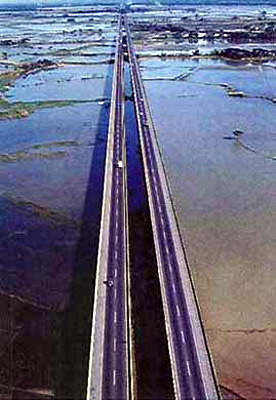 The upgrading work on the road included the construction and widening or rehabilitation / repaving of 24 bridges. 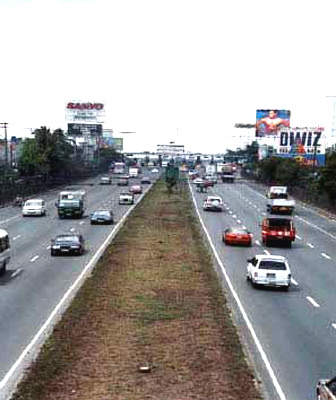 Part of the old expressway which was upgraded. The original road was constructed over 30 years ago and has since been widely criticised. 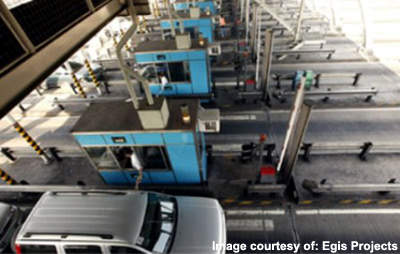 Tolls will be collected for 30 years under the agreed concession. 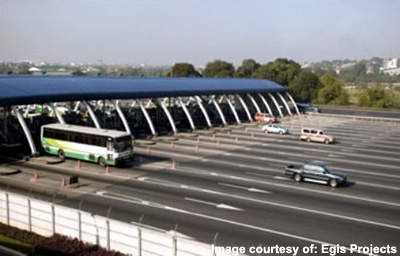 There are four new toll plazas each equipped with ETC. 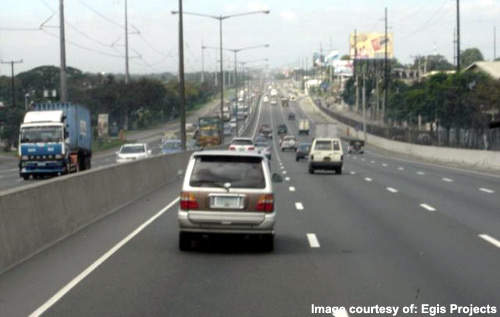 Sections of the road have four lanes in each direction.

The 84km North Luzon Expressway (NLE) is one of the Philippines’ main road arteries and has traffic of over 160,000 cars per day. The original road was constructed over 30 years ago and has since been widely criticised for being too narrow and the cause of many avoidable accidents and deaths.

The upgrade of the road was first put on the agenda in late 2000 and a plan was formulated for the rehabilitation and widening of the road with the support of loans (the Government did not have the resources) from the Asian Development Bank (ADB) ($70m), Export Finance and Insurance Corporation of Australia, International Finance Corporation ($55m), Export Credit France (COFACE) ($30m), Multilateral Investment Guarantee Agency (MIGA) ($52.5m), the World Bank via the International Finance Corporation (IFC), the Swedish Export Credit Agency SEK and commercial banks Calyon, West LB, DZ Bank, Mizuho, ABB, and NordBank.

ADB’s funding support consisted of a loan of $45m from its ordinary capital resources through the market-based lending facility and a complementary loan of $25m funded by international commercial banks.

These loans ($253m) have a term of 13 years, including a grace period of 3.5 years. A further $118m (€90m) was provided by a consortium of private companies comprising the Philippine Lopez group, primarily active in energy and communications, PNCC, the historic tollway operator in the Philippines, Leighton construction, and Egis Projects.

The total cost of upgrading the expressway has been estimated at $371m (€287m). The construction work required 5,000 local employees.

The construction work was started in early 2003 and was completed a little over two years later in February 2005. The project was structured as a Public-Private Partnership (PPP), undertaken by the Manila North Tollways Corporation (MNTC) on a rehabilitate-operate-transfer basis.

At the end of the 30-year concession period in 2030, the expressway will be transferred to the government without cost. MNTC is a limited liability company jointly held by First Philippine Infrastructure Development Corp, a private infrastructure development firm; Egis Projects, a unit of the largest French tollway operator; and Philippine National Construction Corporation (PNCC), a government-controlled company which has the original franchise for the construction and operation of the NLE.

The Tollways Management Corporation (TMC), a government body, also has a say over the way the road is operated and how the tolls are levied over the period of the concession.

The redevelopment of the expressway should have the effect of causing a major regeneration of central and northern Luzon – the largest island in the Philippines (population 15 million) – especially between Metro Manila and the Clark Special Economic Zone, Angeles City and San Fernando. The NLE is part of a three-phase integrated road development plan that also calls for construction of the northern extension of the Circumferential Road 5 (C-5) in Metro Manila and expansion of the expressway to the Subic Special Economic Zone.

Over 220,000 drivers per day will use the new NLE and it is also expected to attract an additional 210,000 tourists per year to visit the north of the country, particularly regions 1 to 3 and the Cordillera special administrative region.

The NLE extends from Balintawak in Metro Manila up to Sta. Ines in Pampanga. At Balintawak, it starts from the junction of the A. Bonifacio road with the EDSA. There are entries and exits at Balintawak, Valenzuela, Maycauayan, Marilao, Bocaue, Tabang, Sta. Rita, Pulilan, San Simon, San Fernando, Mexico, Angeles, Dau and Sta. Ines.

The upgrading work on the road included the construction and widening or rehabilitation / repaving of 26 interchanges (26 exits were widened), 24 bridges (the Novaliches flyover and the Dau interchange were added to each end of the NLE to speed up traffic), four toll plazas (91 toll booths were demolished and 145 new ones were constructed) Operation Management Centre (OMC) and 31 overpasses between Manila and the Clark Special Economic Zone.

“The construction was completed in early 2005 and the road opened to the general public, who were faced with a 700% increase in the toll charges for its use.”

The main contractor of the rehabilitation work was Leighton Contractors Pty Ltd (Australia) (a subsidiary of HOCHTIEF’s participating interest Leighton Holdings Limited) with Egis Projects, a company belonging to the French Group Egis as the main subcontractor for the toll, telecommunication and traffic management systems.

Leighton also installed the required infrastructure for the toll collection system and telecommunications. Leighton Asia (the Asian subsidiary of Leighton Contractors) has a 16.5% share in the concession company which will operate the toll road for 30 years, including construction time.

TOLL FEES FOR THE NEW EXPRESSWAY

The construction was completed in early 2005 and the road opened to the general public, who were faced with a 700% increase in the toll charges for its use. Toll payment method ranges from manual to electronic with an open toll system (payment on entry) in the highly urban southern third, and a closed toll system (payment on exit) in the more rural northern two thirds.

The new tolls have proven to be a slight culture shock for the new users of the road but they are necessary for the improvements in traffic movement and safety. The toll rates can only be adjusted once every two years and then only within strict agreed guidelines between the TMC and the MNTC.

Tolls are usually paid using ETC electronic toll collection by using a transponder device supplied to the driver. There are dedicated ETC lanes through toll plazas for ETC transactions but drivers may also pay manually at a toll booth and they have to use the outside lanes.