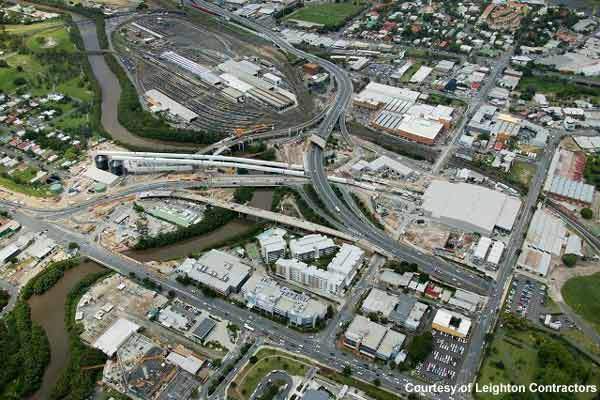 The North-South Bypass Tunnel in Brisbane will be the longest tunnel in Australia when it is completed. 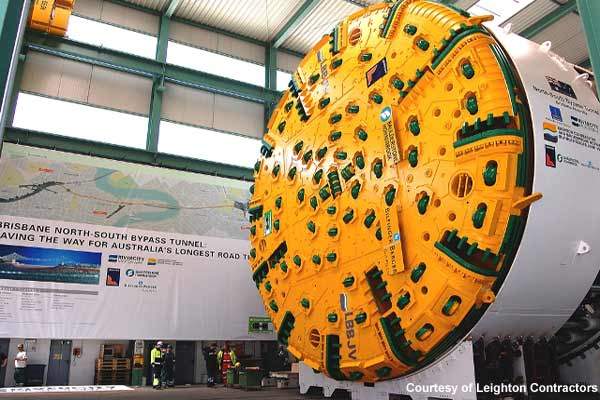 The TBMs used for the NSBT project have a diameter of 12.34m. 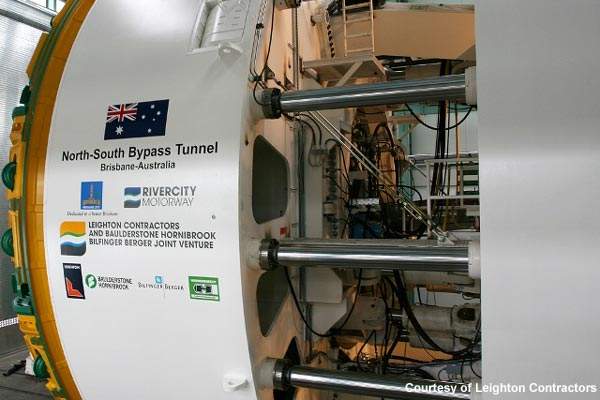 RiverCity Motorway Limited is the consortium in charge of construction of the NSBT. 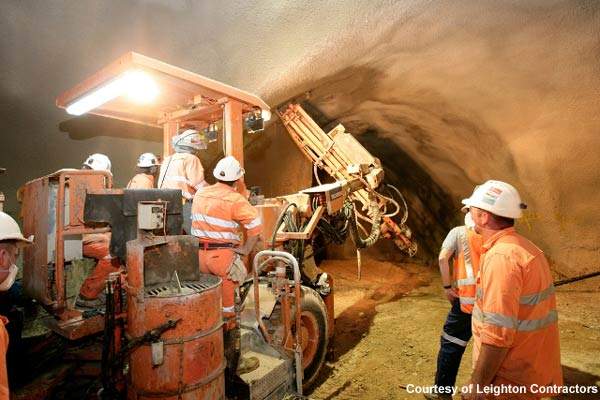 Work on the NSBT is on schedule for completion in October 2010. 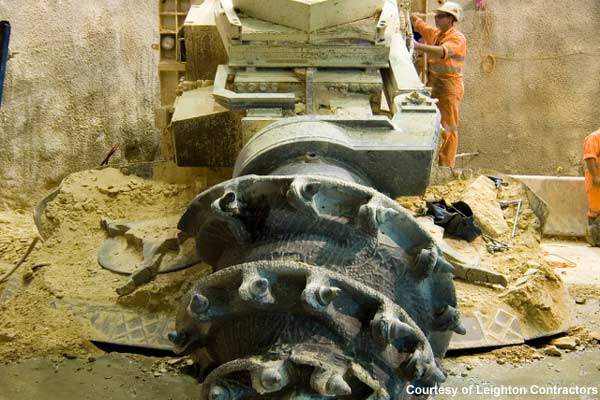 The toll charge of the NSBT is estimated to be around A&#36;4.10 when the tunnel is finally opened. 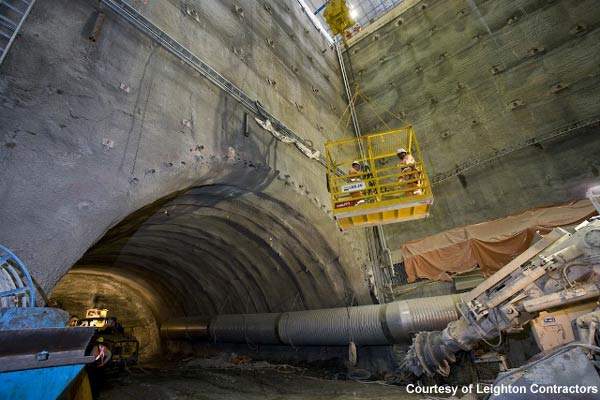 Both TBMS were in operation on the NBST project by March 2008.

The North-South Bypass Tunnel (NSBT), which is also known as the RiverCity Motorway, is one of the largest civil engineering projects undertaken in Brisbane in Queensland. The tunnel carries a 4.8km motorway toll road between Woolloongabba and Bowen Hills underneath the Brisbane River, and the total length of the road is 6.8km.

The tunnel, which cost around A$2.09bn to construct, provides an alternative route to a road with 18 sets of traffic lights, saving 15 minutes on the journey. It also serves as an additional river crossing and provides two full lanes in each direction.

The project was essentially carried out to link five major motorways and arterial roads on the north and south sides of the Brisbane River which, combined, carry about 350,000 motorists every working day. It links Ipswich Road and the Pacific Motorway (M3) in Woolloongabba to Lutwyche Road and the Inner City Bypass (ICB) in Bowen Hills. A connection to Shafston Avenue in Kangaroo Point also provides access for the eastern suburbs.

The tunnel, which completely bypasses the Central Business District (CBD), is the longest road tunnel in Australia. It was completed in December 2010. It is also known as the Clem Jones Tunnel, named after the former Mayor of the city.

Two ventilation structures of the tunnel were completed and the internal fit out was carried out throughout 2009.

CLEM7 joins Woolloongabba in the south and Bowen hills in the north, and is the first section of new M7 motorway. It bypasses 23 traffic signals, reduces travel time by up to 30%, cuts fuel cost and improves safety.

The successful PPP tender for the construction of the motorway and tunnel was by RiverCity Motorway Limited, a joint venture of Leighton Contractors, Baulderstone Hornibrooke and Bilfinger Berger.

“Two ventilation structures of the tunnel were completed and the internal fit out was carried out throughout 2009.”

The losing consortium was the Brisconnections consortium whose bid actually incorporated three lanes of traffic in each direction and there was a price difference of only A$20m between the bids.

Because of this, the decision to build tunnels, which can only carry two lanes, was roundly criticised as being a shortsighted view from the city.

The tunnel is being operated as a toll road under the terms of the concession for a period of 45 years. The toll charge is around A$4.10.

Construction began in August 2006. Immediately there was some controversy over the positioning of the ventilation shafts for the tunnel that were cited as a possible environmental hazard (sites at Woolloongabba and Bowen Hills). By July 2007 the construction on the motorway and tunnels was running ahead of schedule.

The construction used two double-shield tunnel boring machines (TBMs) of 12.34m diameter manufactured and supplied by Herrenknecht. The two TBMs with an installed torque of more than 18,000kNm and cutter head power of 4,200kW were used to drive the parallel main tunnels. Six 125t roadheaders were used to excavate the tunnel entry and exit ramps in Woolloongabba and Kangaroo Point and also an initial section of the mainline tunnels in Bowen Hills.

“The NSBT is equipped with a full range of traffic management and tunnel safety systems and devices that are linked to a purpose-built Tunnel Control Centre.”

The first of the two 253m-long machines weighing 4,000t was completed in May 2007, in due time before the workshop acceptance. Each of the machines cost A$50m. The acceptance test of the second machine occurred in early August 2007. The first TBM started cutting in December 2007 and the second started in March 2008.

Both of the TBMs faced difficult geology beneath Brisbane with fault zones and difficult welded tuff, arenite and quartz-phyllite formations. The average rate of advancement was 20m per day. The double-shield technology allowed adaption of the tunnelling method to the varying conditions along the tunnel alignment.

Both of the TBMs started at Bowen Hills and finished at Woolloongabba.

The NSBT is equipped with a full range of traffic management and tunnel safety systems and devices that are linked to a purpose-built Tunnel Control Centre. There is an automatic traffic incident detection system, CCTV monitoring systems, heat detection and fire safety systems, air quality monitoring, emergency telephones and barriers.

Construction of the three-storey control centre building started in May 2008. There are 50 personnel to monitor the tunnel 24 hours a day.

The Tunnel Control centre building façade was completed by April 2009. The building was fitted out with the necessary services, which are needed to manage and monitor the tunnel. With the completion of fit out building, it was handed back over to RiverCity Motorway.