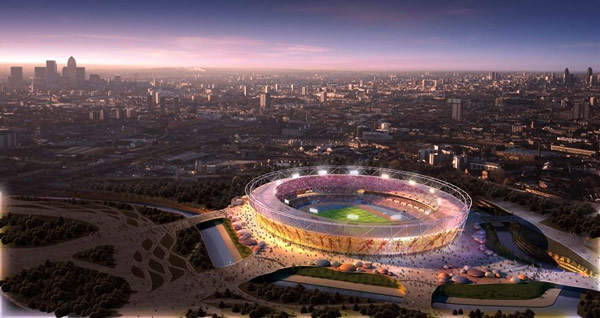 The Olympic Park site will be surrounded by an 11km loop road. 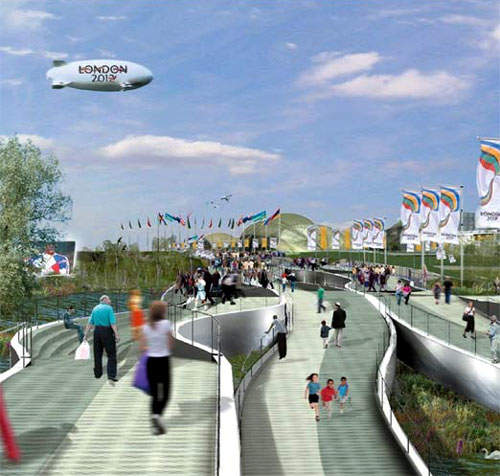 The park will be connected with more than 30 new bridges, both temporary and permanent. 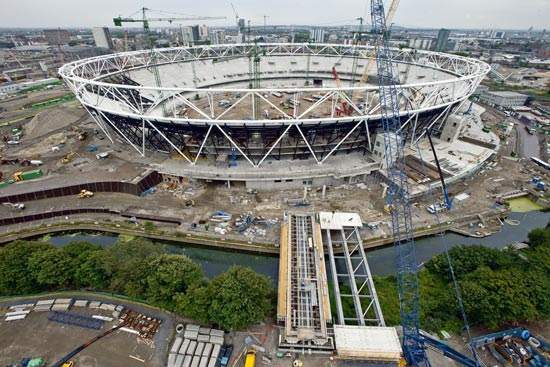 An aerial image of the first of the five bridges to be installed around the Olympic Stadium.

The Olympic stadium structures, bridges and highways project is the largest construction project undertaken by the Olympic Delivery Authority (ODA). The project includes building a network of 30 new bridges and 20km of roads in and around the Olympic park site.

The network will create better connectivity throughout the park and provide an accessible Olympic park during the games in 2012. Work on the project began in 2007 and is scheduled for completion by 2012. Construction on 21 bridges is currently underway.

The project also includes primary and secondary roads, which will be constructed throughout the Olympic park site as well as surrounding areas, including an 11km loop road. Retaining walls, other ancillary structures and drainage systems will be constructed as part of the project.

“The Olympic stadium structures, bridges and highways project is the largest construction project undertaken by the Olympic Delivery Authority (ODA).”

The park will be connected with more than 30 new bridges, both temporary and permanent. Currently, seven bridges are nearing completion. Construction of the main permanent bridge which runs through the centre of the Olympic park is complete.

The bridge, also referred to as the Central Park Bridge, measures 30m in length, 18m in width and features a 18m high arch. It connects the park’s main north-south route, linking the Olympic stadium with the Aquatics centre. Serving as the main artery of the park, the bridge will transport the construction traffic throughout the site.

The main permanent bridge will be the largest bridge in the park. To accommodate a greater number of spectators, the arch-shaped bridge will be added with temporary elements during the games. Together with these elements, the bridge will total 70m in width. The elements will be removed once the games are over.

Pedestrian access to the park will be provided mainly via a 250m-long and 40m-wide land bridge. The land bridge will extend from the Stratford City development across the Aquatics Centre, form the roof of the training pool and stretch towards the Olympic stadium.

The bridge will be used by nearly 200,000 people during the games. It was completed last year, in October 2011.

To reach the main stadium, five new bridges are being constructed. The stadium will be built over an island that is surrounded by water on three sides. Connecting the stadium with the rest of the park, all of the five bridges have been lifted into place.

The first bridge, a footbridge measuring 41m in length and 11m in width, is nearing completion. Located in the north of the Olympic park, the bridge will extend across the River Lea and provide an east-west link throughout the park.

Construction on the other four bridges is also underway. The final bridge, measuring 43m in length and 11m in width, was lifted in September 2009. It crosses the City Mill River. Originating from the eastern side of the Olympic stadium, the bridge will merge with other bridges that link the northern and western side of the stadium.

It will continue to link the Olympic park and provide access to other developments after the games are finished.

A 6.4km long Hindhead trunk road was also opened in Surrey in July 2011. The two-lane road includes 1.9km of underground tunnels. Valued at £371m, the road is the largest infrastructure project.

“The project includes building a network of 30 new bridges and 20km of roads in and around the Olympic park site.”

The contract for the Olympic Park North Civils roads and bridges has been awarded to Skanska Construction Ltd. It includes 5km of roads, two land bridges, one road bridge, two underpasses, retaining walls and other ancillary works.

The Olympic Park South Civils roads and bridges contract, including about 3km of loop roads, four road bridges, one footbridge, one permanent bridge, retaining walls and other ancillary works has been awarded to Edmund Nuttall Ltd, which is also the contractor for the Wetland Area bridges package.

The Central Park bridge contract has been awarded to Lagan Construction. Contracts for the remaining two packages (rail over-bridges and main stadium area bridges) have been awarded to the Balfour Beatty Group.