Inaugurated Routes (as of February 2015)

Section A and first section of Varese Bypass
Expand 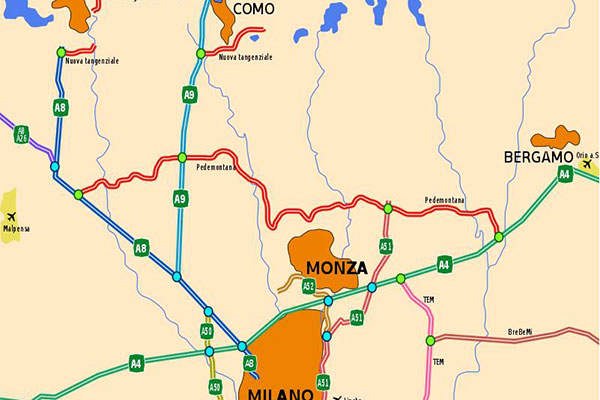 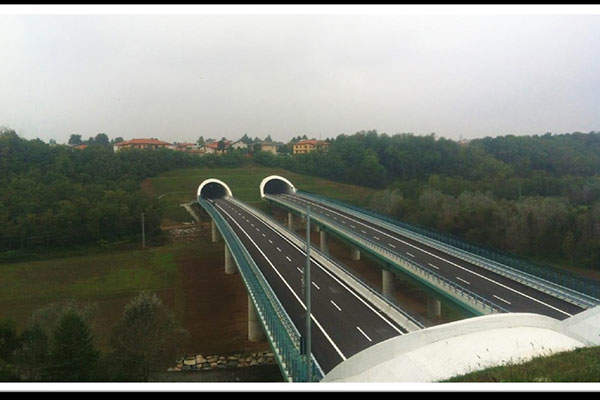 The first section of the Varese bypass opened to traffic in January 2015. 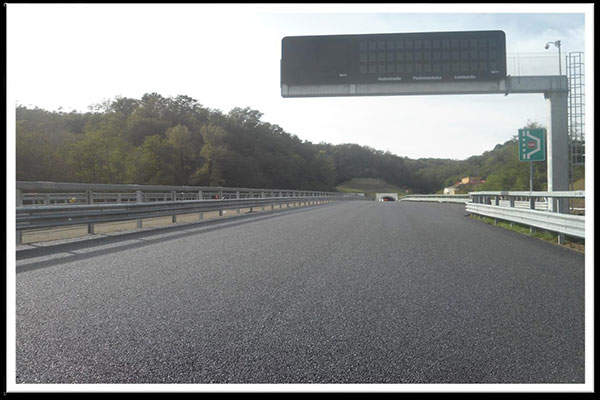 The newly constructed Section A of the Pedemontana Lombarda Motorway. 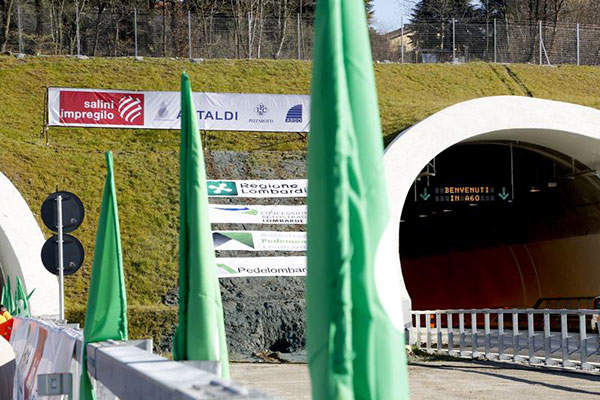 The general contractor for the project's first contract is Consorzio PedeLombarda consortium, which is comprised Salini Impregilo (47%) Astaldi (24%), Impresa Pizzarotti (18%) and Itinera (11%). 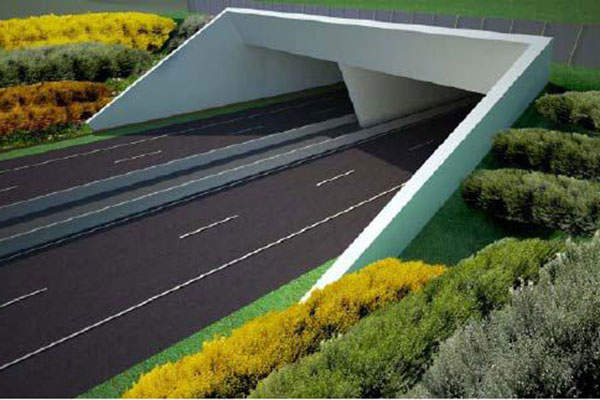 A total of 50 cut-and-cover tunnels will be constructed under the project's second construction contract.

The motorway will connect five provinces, including Bergamo, Monza e Brianza, Milan, Como, and Varese. The project is regarded as a strategic work of national importance to further boost the economic and regional development of these provinces, which are home to approximately 300,000 businesses and generate approximately 10% of the national GDP.

It also forms part of the country’s preparatory activities to host the EXPO 2015 Universal Exposition in Milan from May to October. The inaugurated routes will be free for access during the event.

The new 67km-long motorway will stretch from Cassano Magnago to Osio Sotto, and connect with the existing stretches of the A8 Milano-Varese, A9 Milano-Como and A4 Torino-Venezia motorways. The route is further divided into five sections.

“The project is regarded as a strategic work of national importance to further boost the economic and regional development of five Italian provinces.”

The 20km-long bypass roads will comprise an 11km stretch in Como and a 9km stretch in Varese. They are being built in different sections. The first section of the Varese bypass stretches approximately 4.5km from A8 (Gazzada Schianno) to the bridge at Vedano Olona, while the second section stretches 6km from Folla di Malnate to the Gaggiolo pass.

The first section of Como bypass stretches 3km from A9 (Grandate) to the junction at Acquanegra, while the second section stretches 6km from the Acquanegra junction to Cassano (SS 342).

Almost three-quarters of the motorway are being built below the ground level. The overall project will involve the construction of 31km of civil engineering structures, 30 viaducts, 58 overpasses, 50 artificial tunnels, two natural tunnels, 74 underpasses and 100km of pedestrian / bicycle path (greenway).

Pedemontana Lombarda Motorway will be the first Italian motorway to implement electronic free-flow toll collection system, which does not require tollgates and toll booths. The system is designed using optical vehicle licence plate readers and strategically located microwave detectors, which automatically read the vehicles along the route.

The general contractor for Section A and the first lots of the two bypass roads is the Consorzio PedeLombarda consortium, which is comprised Salini Impregilo (47%), Astaldi (24%), Impresa Pizzarotti (18%) and Itinera (11%). The total contract value of these three sections is €930m (approximately $980m).

The design for Sections B1, B2, C and D of the motorway, and that of the second section of the bypass roads was performed by Consorzio CIIL, a consortium of Technital, Idroesse Infrastrutture, Girpa, E.T.S, Errevia, SPM Consulting, and Proginvest.

In February 2012, the €1.7bn (approximately $1.8bn) contract for the construction of sections B1, B2, C and D was awarded to a consortium led by Strabag (60%), and its partners Grandi Lavori Fincosit (26%) and Impresa Costruzioni Giuseppe Maltauro (14%).

Low and medium-voltage Afumex cables for the project are being supplied by Prysmian Group.