Delivery of the project on behalf of the State

The State of Victoria 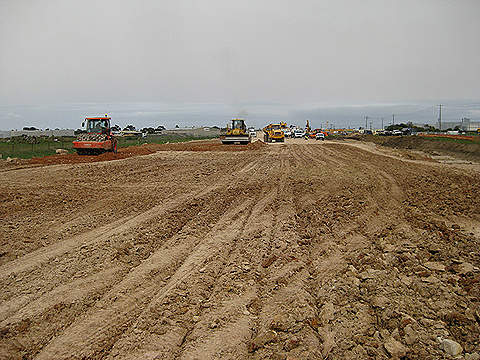 Construction of the Lathams road in progress for the Peninsula Link Project. 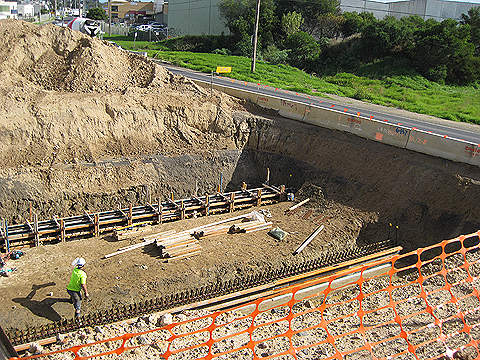 A highflow channel was constructed on the Lathams road. 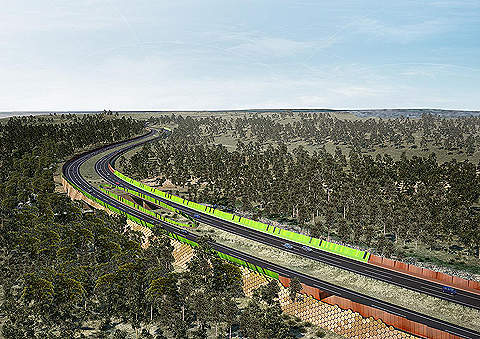 The link road passes through Pines Flora and Fauna Reserve and the Westerfield property.

The Peninsula Link is a 27km-long, four-lane road connecting the Mornington Peninsula Freeway in Mount Martha to the EastLink in Carrum Downs, Australia. It is the first road project built under a 25-year public-private-partnership in the country.

The construction of the project began in February 2010 and was completed in January 2013. The new roadway reduced the journey time from Carrum Downs to Mount Martha by almost 40min to 17min. The freeway project attracted an $849m investment.

The Peninsula Link, also known as the Frankston Bypass, was constructed as a part of $38bn Victorian Transport Plan. The plan was initiated in 2008 in an attempt to improve the transportation system in the state of Victoria. The link road helps the state’s economic growth and reduces congestion. During the project’s three-year construction period, 4,000 jobs were created.

Problems at the Peninsula Link Project

“During the project’s three-year construction period, 4,000 jobs were created.”

The project has proven controversial with many politicians and local people argued that the project will not solve the congestion on the Frankston Freeway – Cranbourne Road intersection. They also felt that the there is no need to construct the road as the city’s population was not growing at a rapid pace.

Environmentalists have also been outspoken about the road, which passes through Pines Flora and Fauna Reserve and the Westerfield property. They feared that endangered and indigenous species will not be protected.

In February 2010, protestors demonstrated against the project outside of Parliament House. They stated that the road will ruin the biodiversity in the Carrum Downs wetlands, the Belvedere Reserve woodlands, the Pobblebonk wetland reserve, the Wittenberg reserve, the Westerfield heritage woodlands, and the Pines Flora and Fauna Reserve.

The Southern Way consortium, comprising Abigroup, Bilfinger Berger and the Royal Bank of Scotland, was responsible for designing, building and financing the link road project.

The road is operated and maintained by Bilfinger Berger Services for 25 years. At the end of the contract, the road will be delivered to Linking Melbourne Authority through Partnerships Victoria framework. The framework has been created by the Victorian Government for expanding and improving public infrastructure through public-private-partnership contracts.

The status of the project was reviewed independently by Linking Melbourne Authority and Southern Way in association with AECOM.

The project included the construction of 11 local road connections, a 22km-long cycling and walking path, and 35 bridges. A roadside control centre and fauna crossing underpath were also built. Around 1.5 million plants were planted along the freeway corridor.

“The project included the construction of 11 local road connections, a 22km-long cycling and walking path and 35 bridges.”

The route has a common cycling and walking path that is the largest shared use path after the EastLink trail.

The 3m-wide path starts from the City of Kingston and links to other popular paths.

Construction work on the $9.4m Lathams Road overpass in Carrum Downs has been fast-tracked and was finished in early 2011. The overpass allows the vehicles used for construction to directly access the Peninsula Link project site.