$3bn (final estimates are in process) 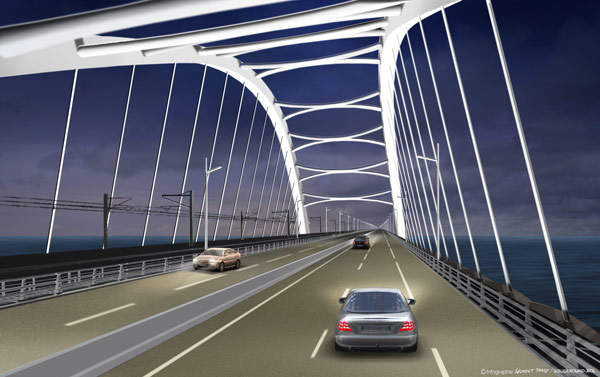 Connecting northern Qatar with the eastern coast of Bahrain, the link will be a natural extension to the King Fahd Causeway that connects Bahrain with Saudi Arabia. 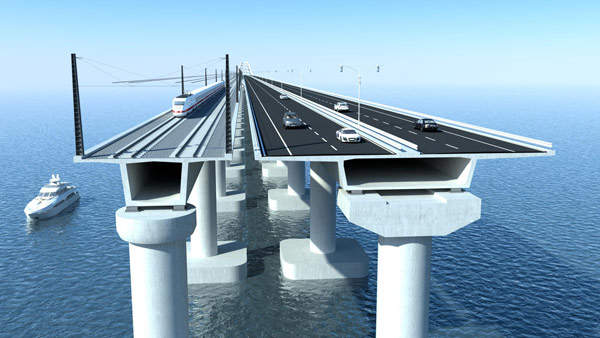 In November 2009 it was announced that the construction of the QBC will start in the first quarter of 2010. 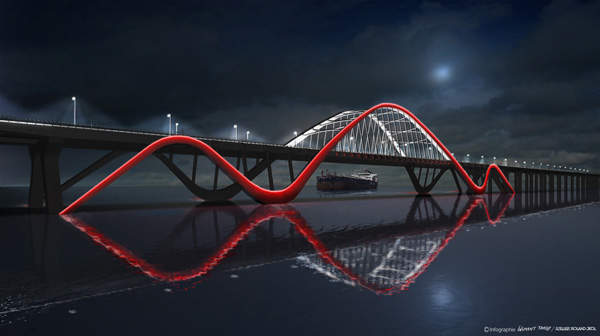 After completion the QBC will reduce the travel time between Qatar and Bahrain from 5h to 30mins.

The QBC will have a traffic monitoring and surveillance system. 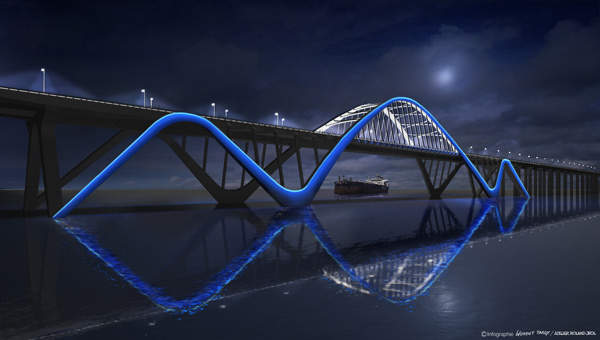 State-of-the-art systems will be installed for internal and external communication.

The Qatar-Bahrain Causeway (QBC) is a 40km-long causeway connecting Qatar and Bahrain in the Middle East. After completion it will be the world’s longest fixed causeway. Connecting northern Qatar with the eastern coast of Bahrain, the link will be a natural extension to the King Fahd Causeway that connects Bahrain with Saudi Arabia.

In November 2009 it was announced that construction work on the QBC will commence in the first quarter of 2010. The project was delayed because of the decision to include an adjacent rail platform in the project. Construction of the causeway is expected to be complete by 2014 and that of the railway platform by 2015.

After completion the QBC will reduce the travel time between Qatar and Bahrain from 5h to 30mins.

The QBC is dual two-lane highway (four total lanes with emergency lanes in each direction) and a rail platform. It consists of roadway sections on reclaimed embankments and natural islands, low-level bridge structures and signature arch bridges.

It also has a rail platform for future freight and high-speed passenger rail lines. The rail lines may be extended to connect Istanbul, Turkey to Muscat, Oman, making it the main rail link for Middle East Gulf Coast countries. The GCC recently created a rail authority to implement this programme.

The sea-link includes 17km of artificial dykes and two signature arch bridges with a maximum clearance of 40m to allow maritime navigation.

In September 2001 plans for the QBC began when COWI A/S (COWI) was appointed by the Qatar Ministry of Municipal Affairs and Agriculture to undertake preliminary engineering and environmental investigations and studies (PEEIS). The PEEIS was conducted in two phases along with sub-consultants from Denmark DHI Water and Environment, Sund and Baelt and Dissing and Weitling Architects. The studies were completed in September 2002.

The key activities in phase one included surveys and investigations in a 15km x 40km offshore corridor, comparing alternative alignments, presenting a sketch design and recommending one alignment based on cost and impact assessments.

In June 2006 Qatar and Bahrain signed a formal agreement to initiate construction and establish a company to raise finance. The QBC Foundation, a bi-national institution, was formed by the governments of Bahrain and Qatar to oversee and fund the project.

In September 2007 the QBC Foundation and a consortium of Vinci Construction Grands Projets (lead contractor), QDVC (subsidiary of Qatari Diar and VCGP), Hochtief Construction, CCC (Consolidated Contractors Company) and Medco (Middle East Dredging Company) entered into a memorandum of understanding (MoU) to begin construction of the QBC in mid-2008.

In May 2008 the formal contract to start construction work was signed. Construction was to be started following a nine-month design / study period and completed in 51 months. That was modified because of the addition of the rail platform, confirmed in the spring of 2009.

The QBC will have electronic payment systems, a traffic monitoring and surveillance system (TMSS) and a supervisory control and data acquisition system (SCADA) installed for traffic control and management. It will also have border processing systems for the two countries.

The electronic payment systems will collect tolls and transfer information to banking systems and administrative systems at the causeway authority. The TMSS will allow authorities to ensure the safety and efficient use of the causeway and its facilities and the SCADA will allow the collection of measurement data and information on the status of causeway systems.

In addition, state-of-the-art systems will be installed for internal and external communication.

In November 2008 the QBC Foundation awarded a contract to KBR, an international US-based engineering company, to provide design management, project management and construction management services for the QBC project.

The first two phases of the project work including management planning and design oversight were initiated with primary subcontractor Halcrow, a UK-based international engineering company.